Heroes and Villains: Doherty and Booth 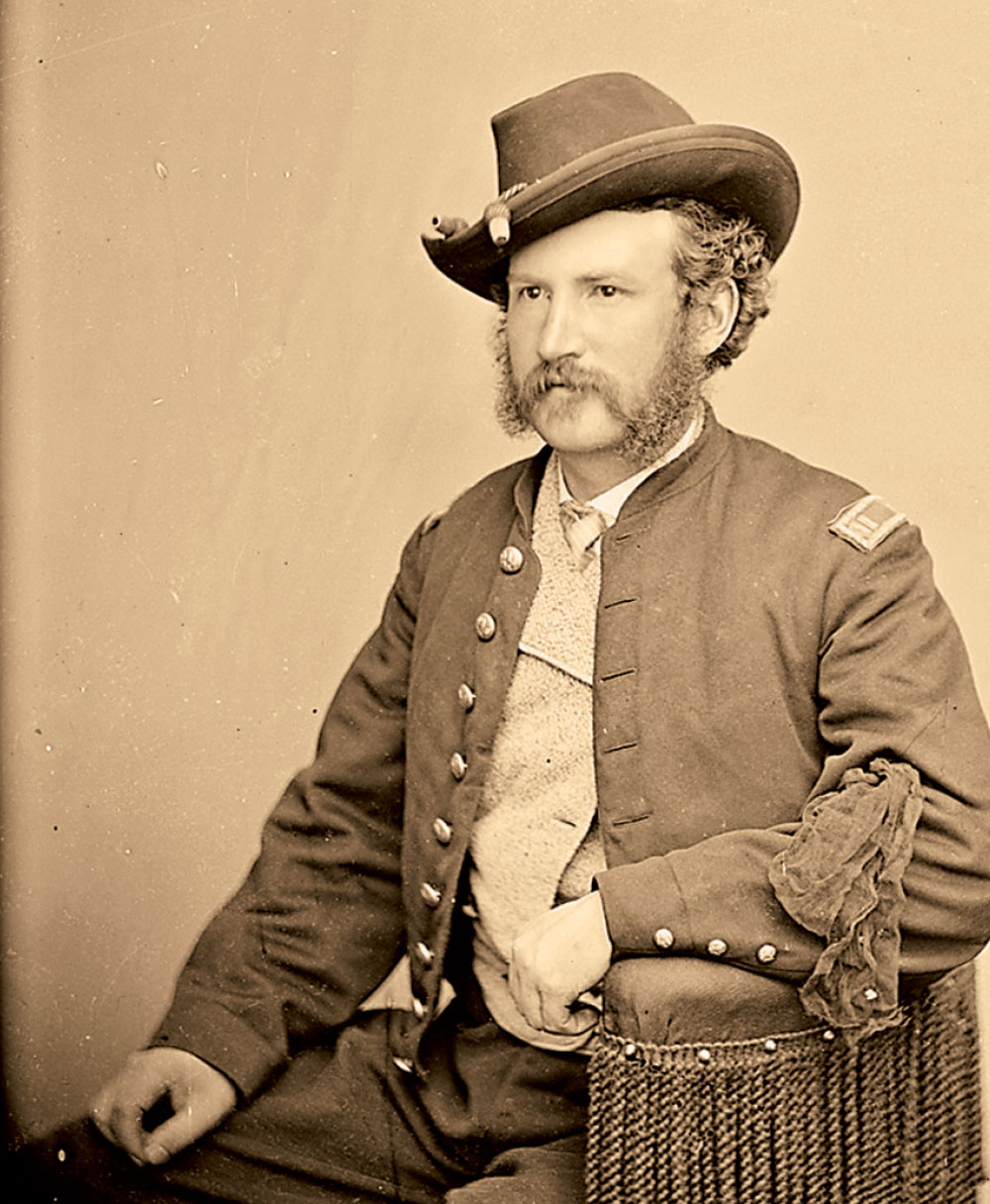 “It has afforded myself inexpressible pleasure to be the humble instrument of capturing the foul assassins.” —Edward P. Doherty
Wikimedia

Born to Irish immigrants in Wickham, Canada East, on Sept. 26, 1838, Edward P. Doherty moved to New York City in 1860. When the American Civil War erupted the following April, he immediately enlisted in the Union Army as a private. Captured at the First Battle of Bull Run, Doherty managed a daring escape and by war’s end he was a first lieutenant with the 16th New York Cavalry, a unit charged with defending Washington.

Ten days after President Abraham Lincoln’s assassination on Good Friday, April 14, 1865—acting on information that assassin John Wilkes Booth and accomplice David E. Herold were somewhere between the Potomac and Rappahannock rivers—Doherty was sent to apprehend them. With 25 soldiers under his command and accompanied by two detectives, Doherty had little success until a ferryman reported that the fugitives had crossed the Rappahannock the previous day.

A brisk pursuit brought Doherty’s force to a tobacco barn owned by farmer Richard Garrett. After surrounding the barn, Doherty and the detectives argued over how to force the two fugitives to surrender. The detectives wanted to set the building on fire, but Doherty decided to wait for daybreak and then storm the barn. As the night passed, Doherty and Detective Luther Baker tried to convince Booth to surrender. Booth refused and denied there was anyone hiding with him. With dawn breaking, Doherty threatened to burn the barn unless Booth surrendered. The assassin then admitted Herold’s presence and that his accomplice wanted “to surrender awful bad.”

Unlocking a door, Doherty told Herold to put one hand out and then the other. As Herold complied, Doherty seized both wrists, yanked him through the door, and took the man into custody. The detectives, meanwhile, had torched a stack of hay that set the barn ablaze. Looking through a knothole, Sergeant Boston Corbett saw Booth seemingly aiming a carbine at Doherty and Herold. Corbett immediately shot him in the neck.

Hearing the shot, Doherty burst into the barn with Herold in tow. Booth was lying on his back, critically wounded. Although Doherty quickly carried Booth from the burning building and had a doctor summoned, the assassin died two hours later.

“It has afforded my command and myself inexpressible pleasure to be the humble instruments of capturing the foul assassins who caused the death of our beloved President and plunged the nation in mourning,” Doherty wrote. He died in 1888 and is buried in Arlington National Cemetery. 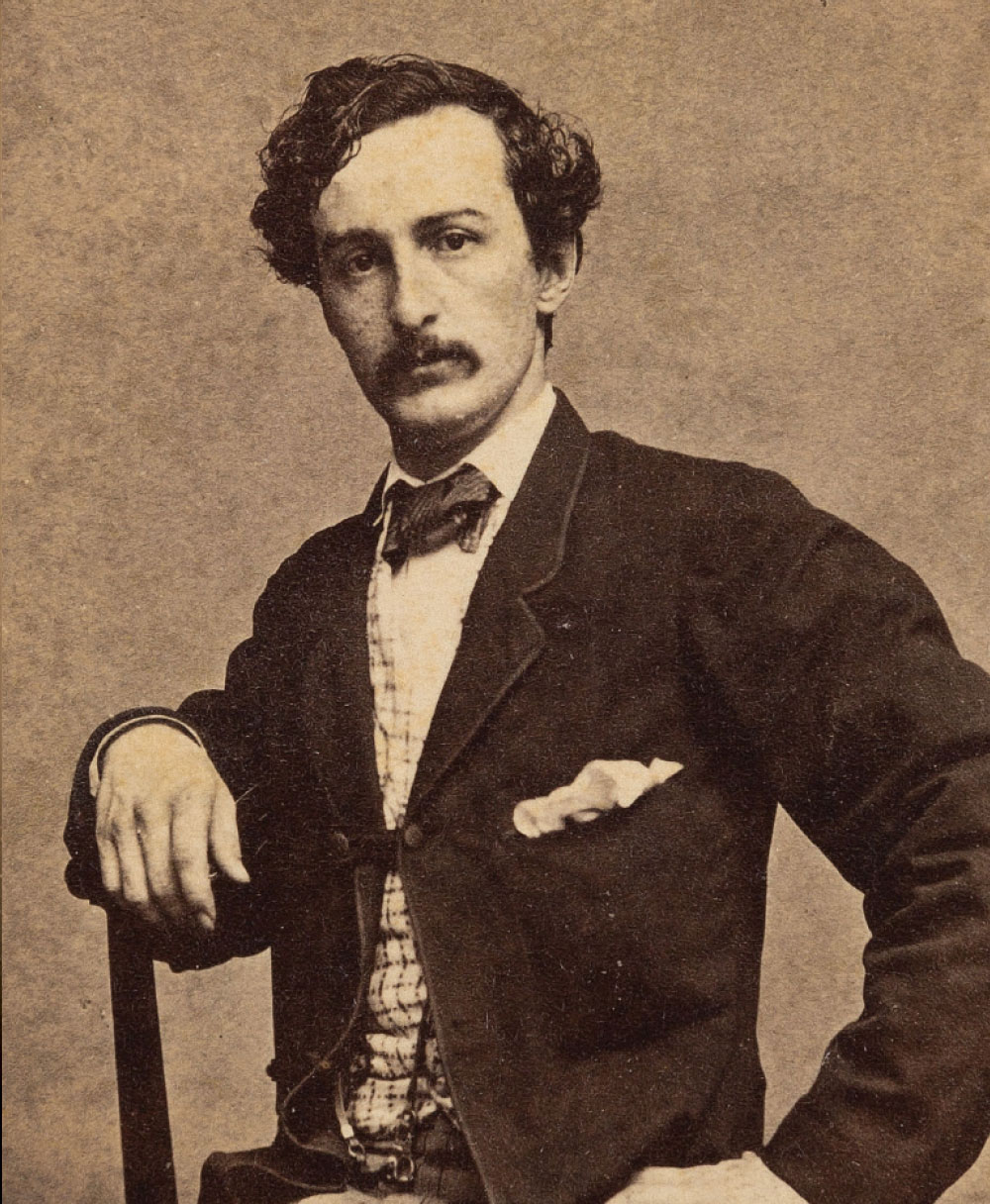 “My soul, life, and possessions are for the South.” —John Wilkes Booth
Wikimedia

In 1860, John Wilkes Booth penned a 21-page manuscript defending the right of Confederate states to secede and declared himself “a Northern man” willing to “fight with my heart and soul” against slavery’s abolition. After Abraham Lincoln assumed the presidency on March 4, 1861, and the civil war began on April 12, Booth declared, “So help me holy God! My soul, life, and possessions are for the South.”

Born into a prominent theatrical family on May 10, 1838, Booth was a well-established actor in his own right by 1861. While continuing his acting career, Booth secretly established contact with Confederate secret agents, including a couple of meetings in Canada. It appears, however, that he independently devised a plan to kidnap Lincoln and ransom him in exchange for thousands of Confederate prisoners of war.

He and a small cohort of co-conspirators were still plotting this kidnapping when Confederate General Robert E. Lee surrendered his army on April 9, 1865. With Confederate defeat now inevitable, Booth decided instead to kill Lincoln, his vice-president, and possibly Union General Ulysses S. Grant.

Learning that Lincoln and Grant were to attend a play at Ford’s Theater on April 14, Booth decided to strike. As an actor, Booth’s presence in the theatre went unquestioned by White House security and he entered the private box in which Lincoln, his wife and another couple were watching the play. Grant was not present.

Booth secured the door to the box with a wooden bar. As Lincoln leaned forward, Booth shot him from behind in the left side of the head. As Booth vaulted from the box, he landed badly and broke a leg. “Sic semper tyrannis (Thus always to tyrants)” and “The South is avenged,” Booth is alleged to have cried as he fled the theatre.

Managing to find a doctor to set the broken leg, Booth eluded capture until cornered at Richard Garrett’s tobacco farm near Port Royal, Virginia, by Lieutenant Edward P. Doherty on the night of April 25.

After he was shot early the following morning, Booth asked Doherty to raise up his hands. “I lifted them up,” Doherty wrote, “and he gasped, ‘Useless, useless!’”

Booth’s body was returned to Washington and initially buried under the floor of the Old Penitentiary where several co-conspirators were later hanged. Released to the family in 1869, his remains were buried in the Booth family plot at Baltimore’s Green Mountain Cemetery under a small, plain, unmarked headstone.