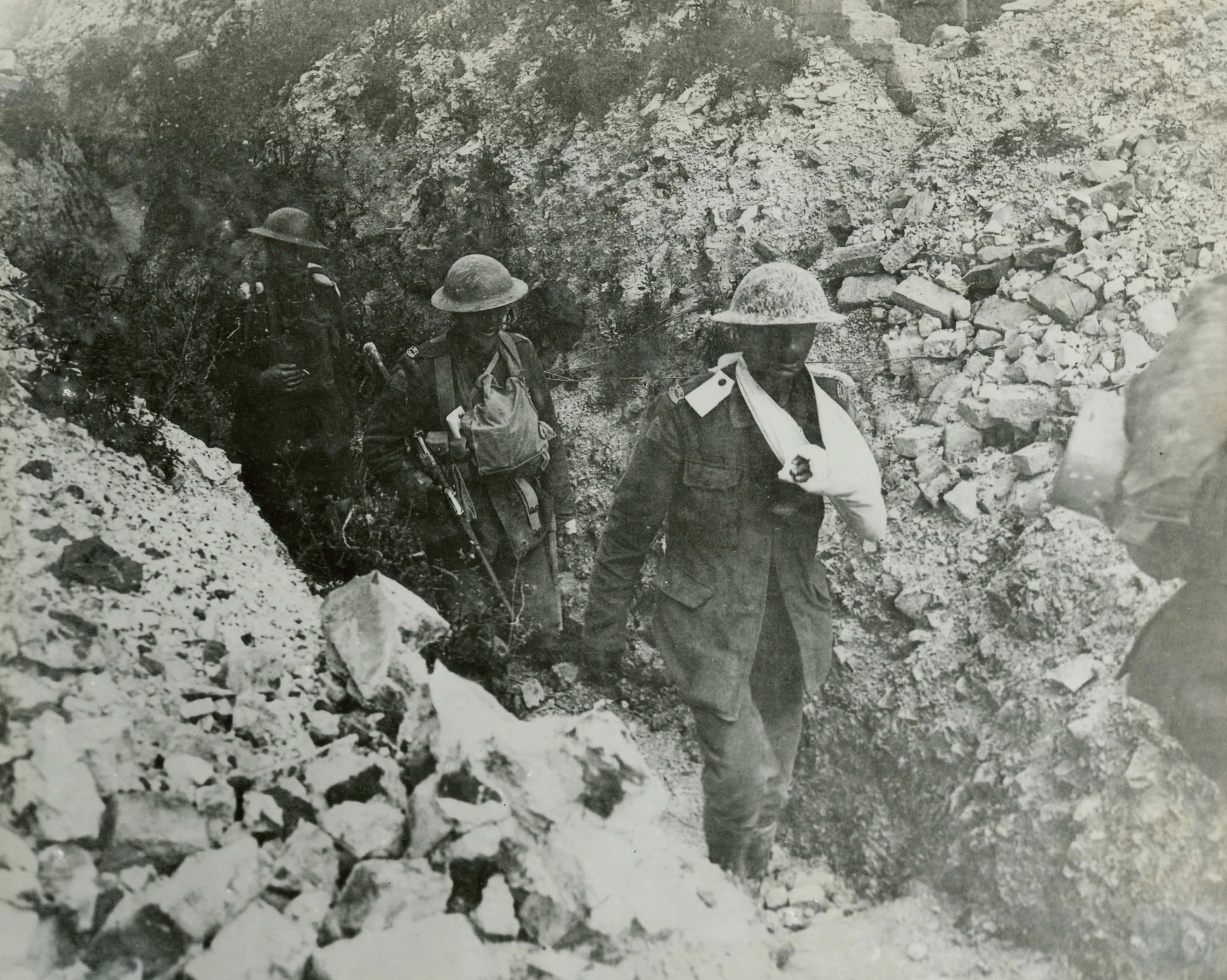 Canadian soldiers return from a trench raid in Avion, France, in July 1917.
CWM
In the dead of night on Feb. 28, 1915, 100 men of the Princess Patricia’s Canadian Light Infantry sneaked out of their trenches near Ypres, Belgium, crossed no man’s land and destroyed 30 yards of German trenches.

It was the first trench raid of the First World War.

The raids became more and more frequent, evolving into a standard technique used by both sides in the stalemate of trench warfare. Raiders damaged enemy trenches, gained information on enemy fortifications and captured prisoners for interrogation.

Commanders saw them as a useful tool to gather intelligence prior to a major battle and to hone troops’ battle skills and keep them at the top of their game. It was also another means to wear down the enemy.

The men had quite a different opinion, as there were often heavy casualties for little or no gain. That first raid resulted in five men killed and 11 wounded.

Raids could be small affairs, a few armed men striking quickly, or small battles involving hundreds of troops supported by artillery and aircraft.

As the war progressed, so did raiding tactics. Raiders snipped barbed wire, using hand-held wire cutters, to make the going easier for infantry in an upcoming battle. In response, the Germans made that job more difficult by using tempered steel for the rolls of wire in no man’s land.

The nature of the raids also changed, moving from casual nighttime encounters into organized night raids and, beginning in 1916, daylight raids. Along the way, Canadians developed a reputation as fierce trench raiders and by war’s end were training troops of allies’ armies in the techniques.

“Trench raids were not, contrary to popular belief, a Canadian invention,” said Lieutenant-General Edwin Alderson, “but the Canadians became acknowledged experts in these violent excursions into enemy-held territory.”

Trench raids did produce an ultimate benefit for Canadian troops: they helped hone infantry tactics, particularly moving in concert with artillery support (such as rolling barrages) that helped to win the war.

PrevPrevious ArticleFierce fighting at Reichswald Forest
Next ArticleChasing U-744 Next