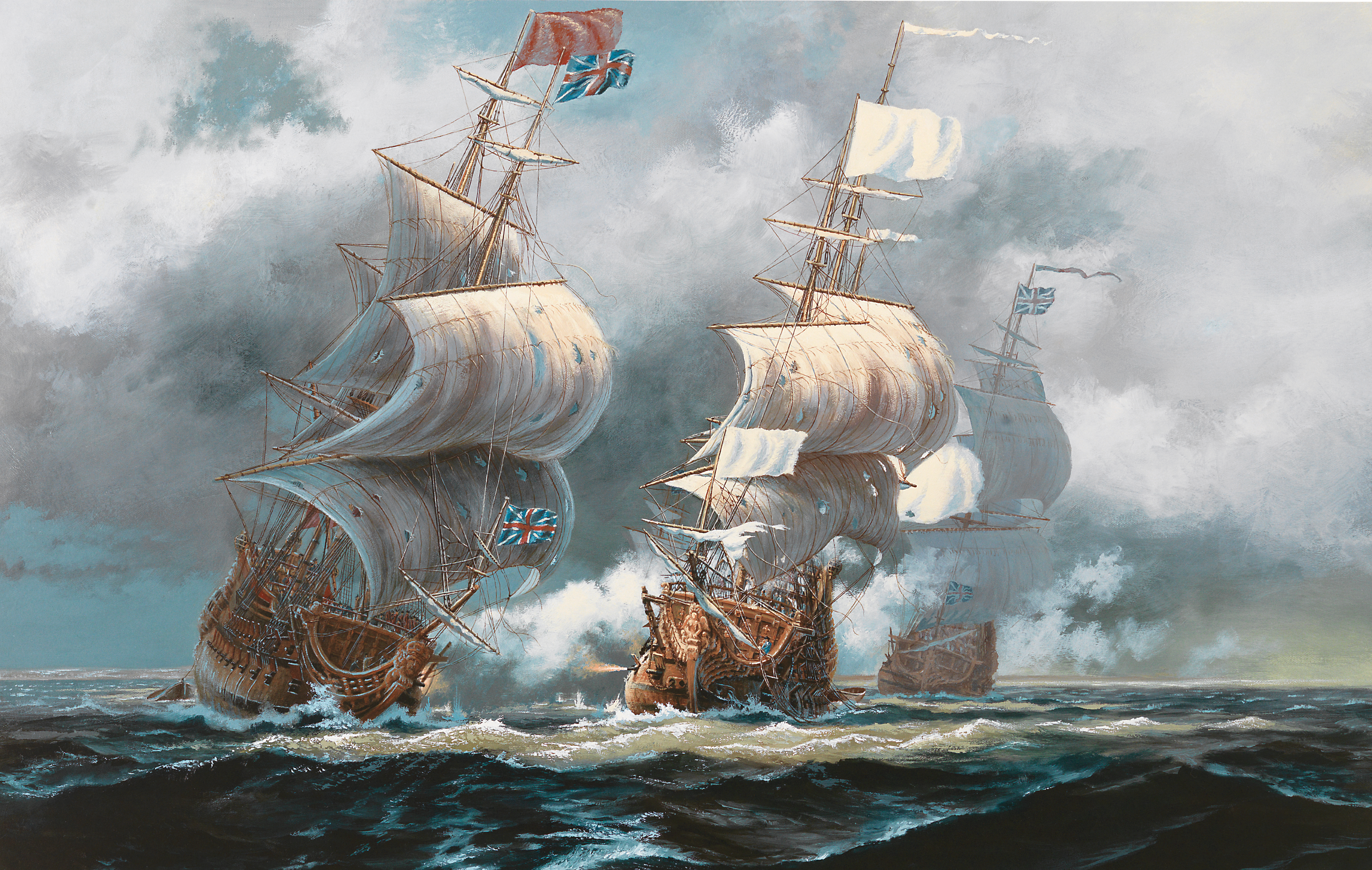 In May 17, 1689, King William’s War between England and France formalized three previous years of open conflict over strategic fur-trade posts on Hudson Bay and James Bay. Control of these forts see-sawed back and forth. York Factory, situated as it was between the mouths of the Nelson and Hays rivers, provided access to North America’s fur-trade heartland. This made it the main prize and in 1697 it was in the hands of the Hudson’s Bay Company. To ensure this remained the case, the British Admiralty ordered a four-ship squadron, commanded by Captain John Fletcher, deployed to Hudson Bay.

Little is known of his pre-command naval career, but in July 1694, Fletcher took the helm of the newly floated 26-gun fireship Terrible.On April 10, 1695, Terrible arrived at Saint Kitts in the Caribbean as part of a doomed expedition against the French colony of Saint-Domingue on Hispaniola. On May 21, 1695, Fletcher took command of Hampshire—a fourth-rate ship-of-the-line armed with 46 guns that was built in 1686. After short service in the Caribbean, Fletcher returned to England on Nov. 22, 1696.

In the summer of 1697, Fletcher and his four-ship squadron sailed for Hudson Bay. On July 28, the fireship Owner’s Love was crushed and wrecked in ice. Hampshire, along with the 36-gun frigate Dering and 32-gun armed freighter Hudson’s Bay, sailed on. The latter two ships flew Hudson’s Bay Company flags.

At about 9:30 a.m. on Sept. 5, Fletcher’s squadron approached York Factory. Unwittingly, they cut off any avenue of escape for French-Canadian Captain Pierre Le Moyne d’Iberville’s flagship, the 44-gun third-rate man-of-war Pélican. Leading an expedition to capture York Factory, d’Iberville had become separated from his squadron. Seeing three sets of sails, d’Iberville sailed to meet what he thought were friendly ships.

Fletcher’s squadron raced in for the kill. The battle raged for four hours. A broadside from Hampshire wrecked most of Pélican’s rigging, while a shot from Dering blew away the ship’s prow. As the two flagships tacked closely past each other, Fletcher demanded d’Iberville’s surrender. When he refused, Fletcher hoisted a glass of wine and toasted his opponent’s bravery. D’Iberville returned the gesture, then got off a broadside that struck Hampshire at the waterline. Turning away, Hampshire struck a shoal, foundered and sank. Fletcher and all hands went to a watery grave.

A Royal Navy report cited Fletcher as having been killed “bravely defending the company’s settlements and the King’s ships.”

By 1697, Captain Pierre Le Moyne d’Iberville had emerged as New France’s most successful military commander. Yet he was just 36 when King Louis XIV decided to dispatch him with a powerful five-ship squadron to capture York Factory.

En route, the French ships became trapped in ice for three weeks. Finally, zigzagging and battering his way forward, d’Iberville wrested Pélican free. Leaving his ice-bound squadron behind, he arrived off York Factory on Sept. 4. The next morning, sails appeared in the distance. D’Iberville soon realized they were British and that he must either fight or surrender. The choice was simple. He joined battle. His 44 guns were clearly outmatched by the British ships’ combined 114. For most of the four-hour battle, d’Iberville seemed sure to lose.

“For two hours, I had not really been able to use my battery against the wind,” he wrote, “then, luckily, I got downwind of the Hampshire, let go a broadside with all the cannon pointed at her waterline.”

As Hampshire foundered, Dering loosed a final broadside and fled. Already badly damaged, Hudson’s Bay surrendered. Then a vicious storm suddenly ripped across the bay. Pélican and Hudson’s Bay were swept ashore by the freezing gale-force winds and wrecked. Eighteen men from Pélican drowned. D’Iberville and the survivors of his 150-man crew found what shelter they could.

Five days later, the rest of d’Iberville’s squadron appeared. As the French ships were unable to rescue or reinforce the men ashore, d’Iberville attacked the fort with the remnants of Pélican’s crew. While the ships bombarded the fort, d’Iberville spread his men out wide and used smokescreens to conceal his force’s true size. The ruse worked and the garrison commander, believing he was badly outnumbered, surrendered on Sept. 13.

The Hudson’s Bay Company was suddenly swept from the map. Seventeen days later, however, the Treaty of Ryswick ended the war. A commission struck to decide the fate of the trading posts returned them to the British in 1713 via the Treaty of Utrecht.

D’Iberville, meanwhile, was awarded the Order of Saint Louis—the first French-Canadian to receive it—and played a major role in establishing the Louisiana colony. He then led an expedition to the Caribbean. Here, d’Iberville’s hatred of the English prompted a campaign of terror and destruction cut short only by his death at Havana on July 9, 1706, from what was likely cholera.