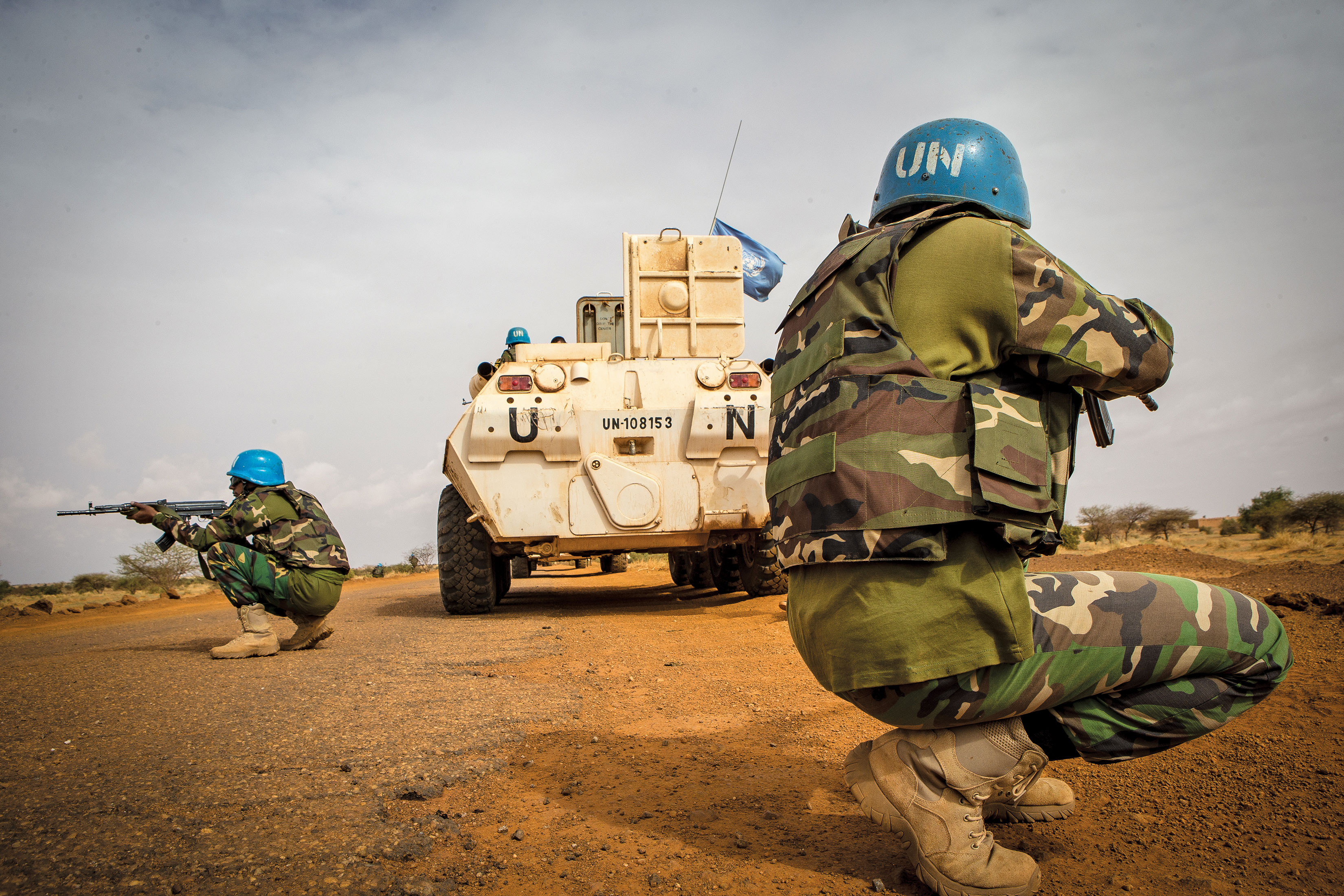 Finally, after two and a half years of governing, Prime Minister Justin Trudeau’s Liberal government decided to send a small Canadian military mission to aid United Nations troops trying to enforce the peace in Mali in West Africa. The key part of the mission, announced in mid-March, is tentatively to supply two CH-147 Chinook transport helicopters and four Griffon tactical helicopters armed with machine guns as escorts to help the UN transport troops and supplies and to assist in evacuation of casualties. In addition, a small number of ground troops will be deployed to aid the helicopter mission—about 250—and the contingent will stay for 12 months.

Germany has been carrying out this mission with help from the Netherlands and there is no real reason why the mission should not go ahead as planned. Mali is a very dangerous place where Tuareg separatists and jihadists have been fighting against the government for years; 162 UN troops have been killed on the mission so far. With 12,000 troops, mainly from African nations, deployed to the United Nations Multidimensional Integrated Stabilization Mission in Mali (MINUSMA), it is one of the largest United Nations missions today.

Mali needs help and we are in a position to help, even in a very small way. Yes, Mali is dangerous and we have even been warned that casualties are a very real possibility, but Canada’s soldiers are not made of fine china. They are very good at their jobs and Canada has the kind of equipment that is needed. Moreover, this is a one-year commitment, not an open-ended mission such as Afghanistan was, with very clear but limited objectives (for Canada)—to provide a minimum of air support to a very large deployment. 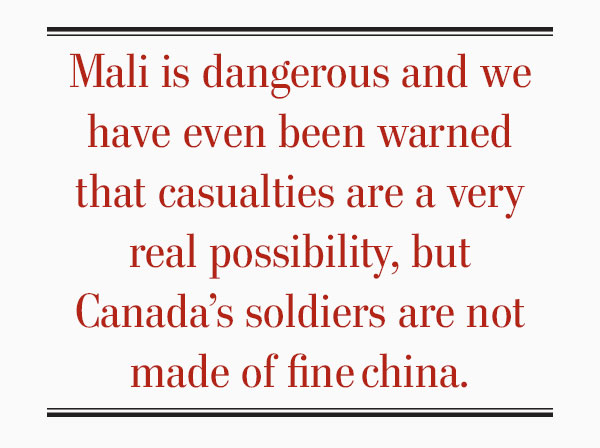 Yet there are a number of observations that should be made about the Mali mission.

No democratic government deploys troops to a conflict zone without domestic partisan considerations. In the campaign leading to the October 2015 general election, the Liberals made much about bringing Canada back to UN peace operations. It was one way of telling Canadians that the Liberals are the principled party of peace and love and the Tories were the party of war. One of the first promises the Liberals carried out after the election was to withdraw Canada from the coalition bombing mission against ISIS in Iraq and Syria.

But after taking our aging air force out of the fray, the government committed an unknown number of special forces to train anti-Isis fighters. They did train them, but they also provided sniper cover and “painted” ground targets for coalition bombers. Thus, the Liberals declared that one kind of fighting is OK but that another kind is not. And which kind is not? That with the higher profile.

Why do this? In part probably to keep alive Canada’s very slim chances of winning a UN Security Council seat. After pledging to get back into the game of peacekeeping (which the Mali mission is certainly not) and pledging again in Vancouver to commit Canadian troops to a UN mission, it was time to put up or shut up.

It also bears remembering that although Mali is a very dangerous place, the substantive part of the Canadian mission will be air transport, which will minimize the chances of Canadian casualties. So this is peacekeeping on the cheap.

It should also be noted that this latest mission is the third penny packet deployment of Canadian troops abroad. In 2005, when General Rick Hillier was chief of the defence staff, his view that Canada ought to make fewer larger deployments was accepted by Prime Minister Paul Martin. The reasoning was that Canada would gain more political influence by making sizable contributions of forces rather than spreading its troops across many different deployments at once.

The current government has turned the clock back to the earlier scheme of spreading Canadian troops around because it clearly has no intention of making large deployments, such as in Afghanistan, due to the financial and political costs such deployments impose. It has also clearly embraced the notion that there is very little happening in the world that should be allowed to upset Canadian domestic politics. That was the essence of William Lyon Mackenzie King’s defence policy—until Canada was dragged into the Second World War.