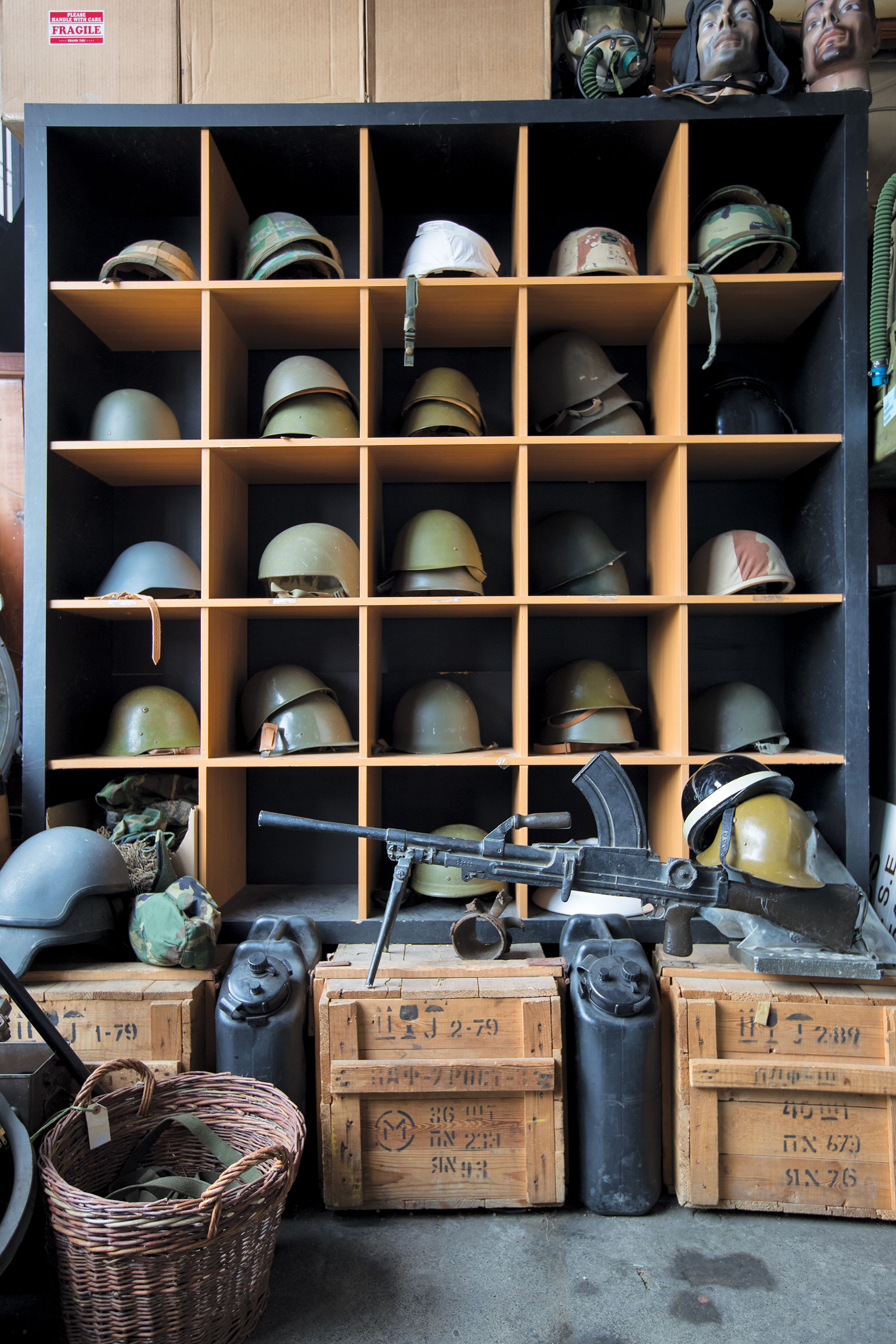 Army helmets of all shapes and nationalities are big sellers among collectors venturing into the venerable Crown Surplus store in Calgary. Jerry cans are one of the more sought-after practical items. The Bren gun is a replica.
Stephen J. Thorne

If you can navigate the aisles of tactical gear, negotiate the crates, cartons and overstocked shelves of surplus military goods, and traverse the cluttered stairs to a hole-in-the-wall office buried in the deepest corner of Crown Surplus, you just may be lucky enough to discover the real treasure of 11th Street SE in Calgary. 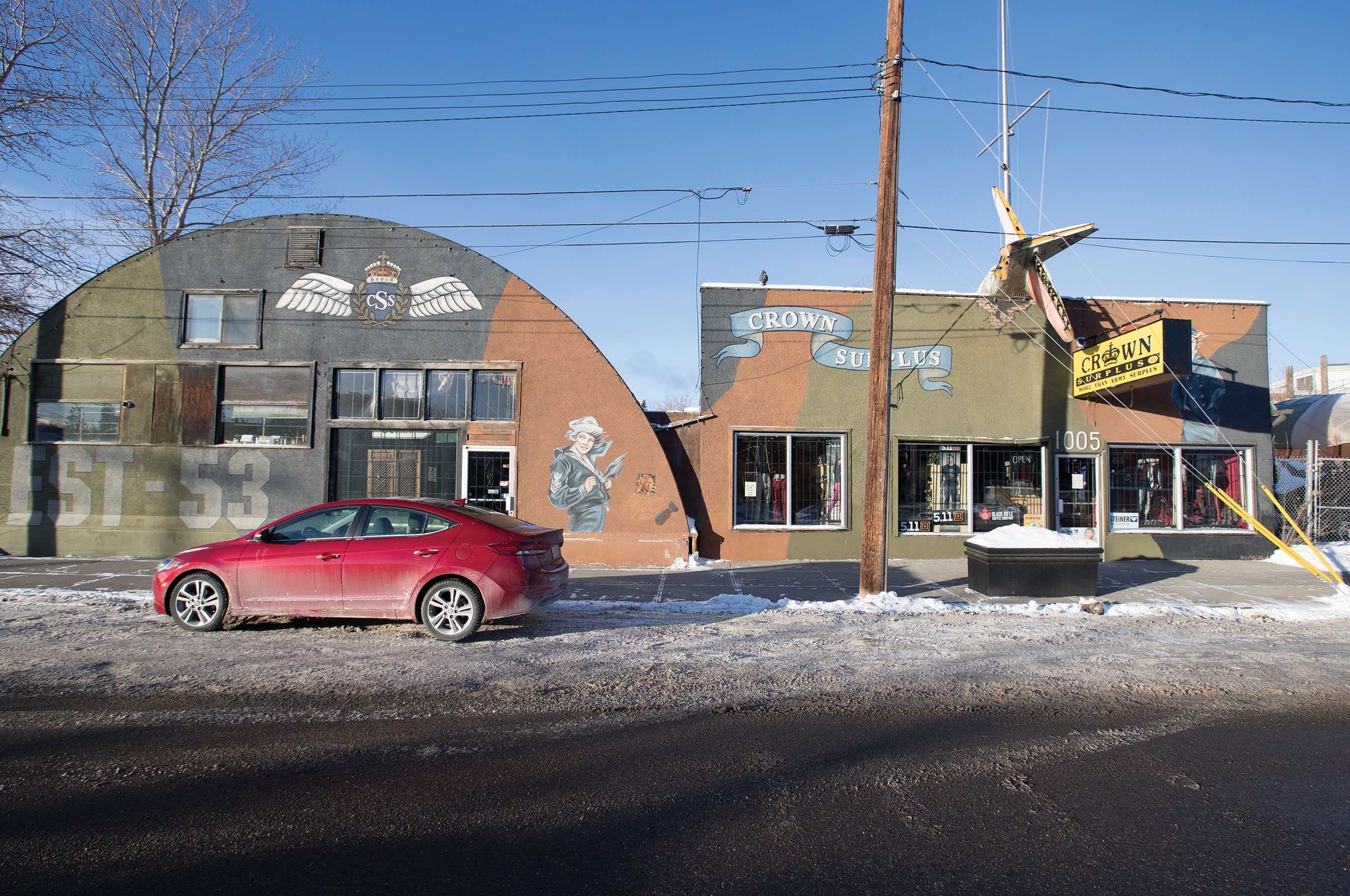 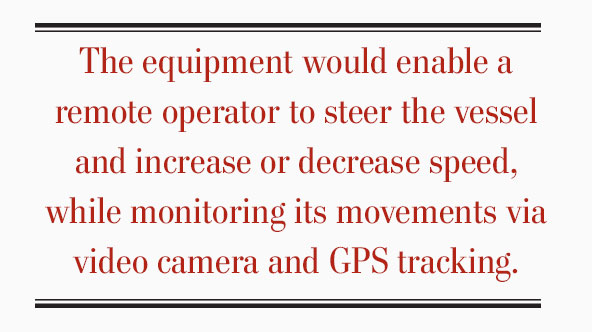 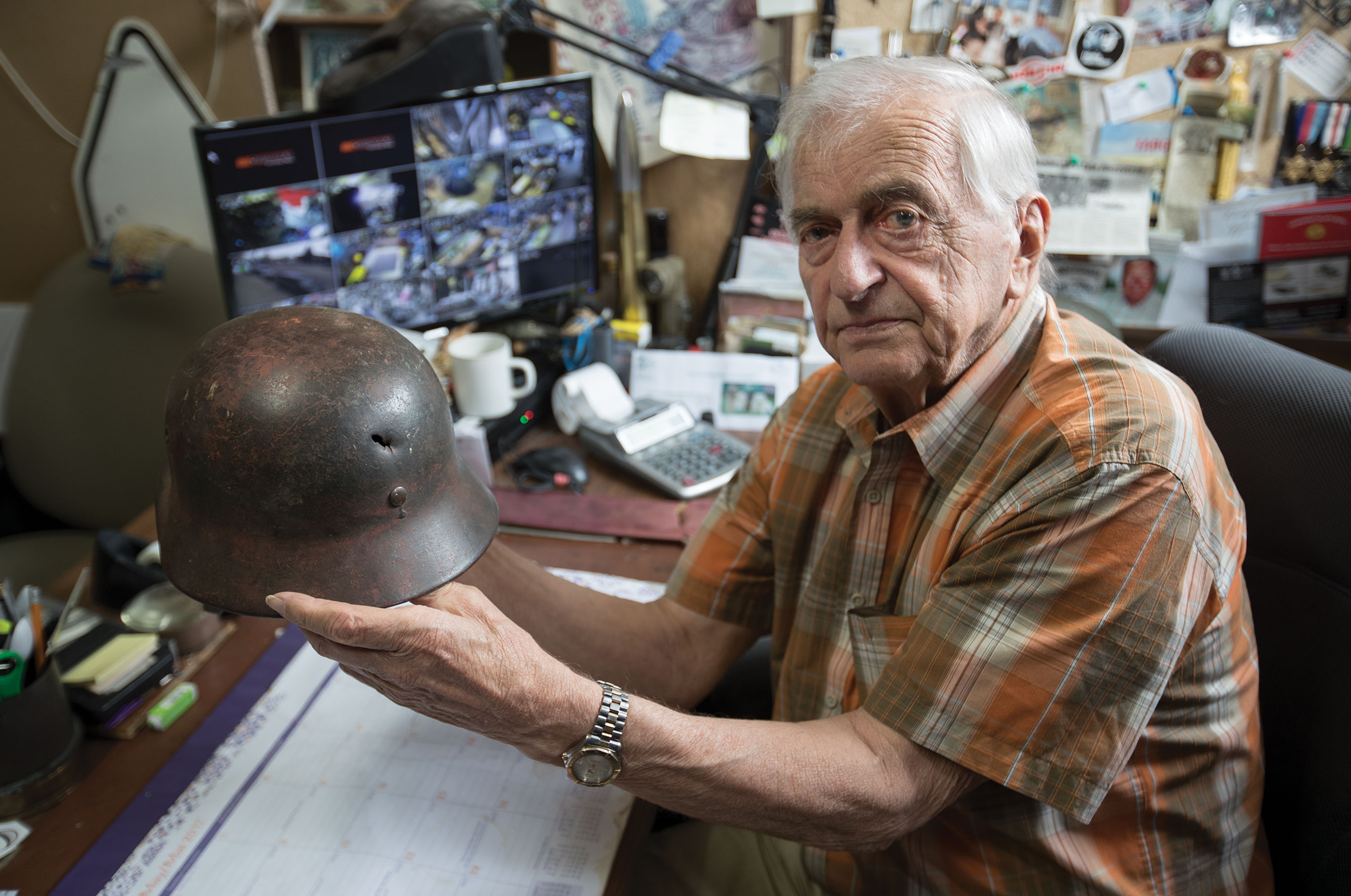 Besides the usual trappings, there is a pilot’s silk map of Vietnam and a large beer stein from an officer’s mess in Cold War West Germany, bristling with daggers and bayonets of different eras and various armies.

Shoved among the binders and invoices, business cards, books and several dictionaries is a French helmet, a sailor’s cap from the light aircraft carrier HMCS Magnificent, an armload of pineapple grenades (duds, presumably), and jars brimming with buttons, ID tags and other assorted bits. 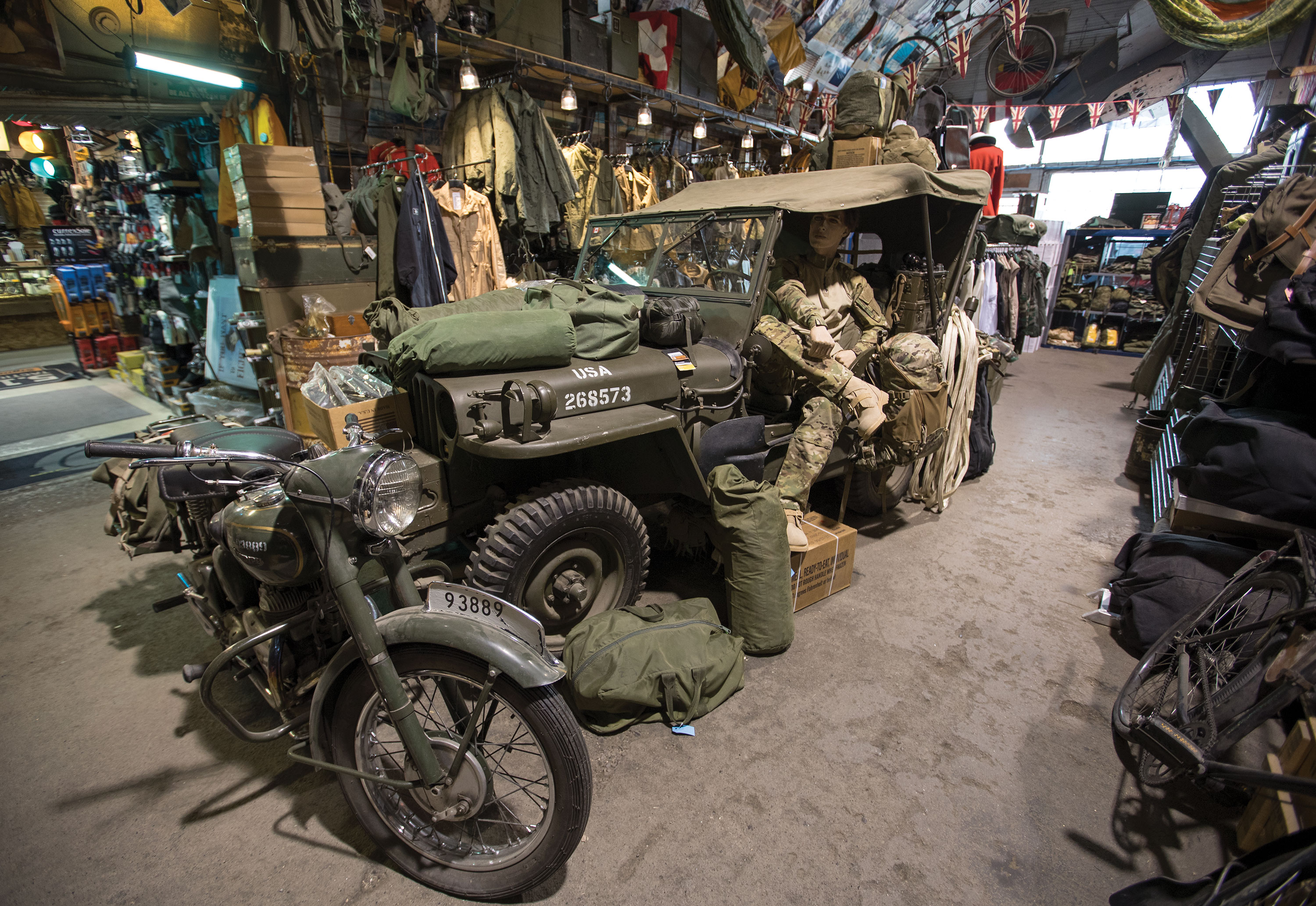 Willys Jeeps used to be big sellers at $300-$700 each. They’re scarce now, and this one is not for sale. The 1950s-era Triumph motorcycle is one of two in stock. The other is still in the crate.
Stephen J. Thorne

His personal collection includes a pith helmet from German Field Marshal Erwin Rommel’s North African campaign and a Wehrmacht helmet with a shrapnel hole through it.

“It’s always been an interesting go-around,” he said, with typical understatement. “It was exciting putting the military surplus items back to work again. You could buy it for a lot less than it cost new. It just seemed to continually grow all the time.”

The business was built on both the practical and the collectible.

“Anything that was hard to get was always very sought-after,” he said. “The Nazi stuff was always in high demand by collectors.” 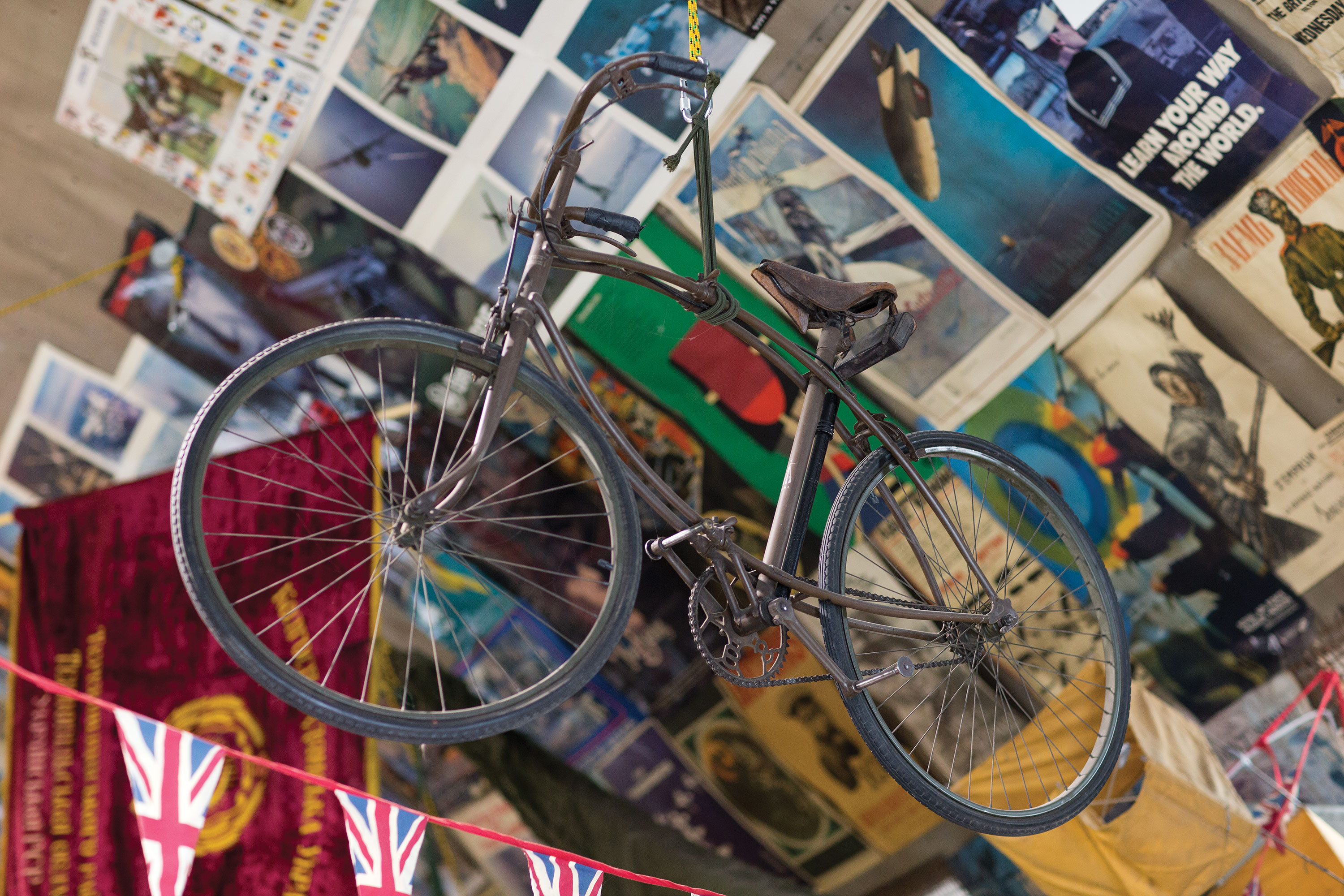 A paratrooper’s folding bicycle manufactured by Birmingham Small Arms. The bikes are probably best known in Canada from pictures of Canadian troops carrying them onto Juno Beach in Normandy on D-Day.
Stephen J. Thorne

There are two 1950s-era Triumph military motorcycles in stock, one still crated. A similar one listed online recently was selling for US$40,000.

The nose section of a Bristol Blenheim bomber is mounted in one corner (a farmer brought it in 45 years ago) and there’s a Link Trainer flight simulator in another.

There are uniforms and C-rations, movie and recruitment posters, goggles and hats, flags, boots and backpacks. The inventory once included 20 tonnes of decommissioned machine guns. 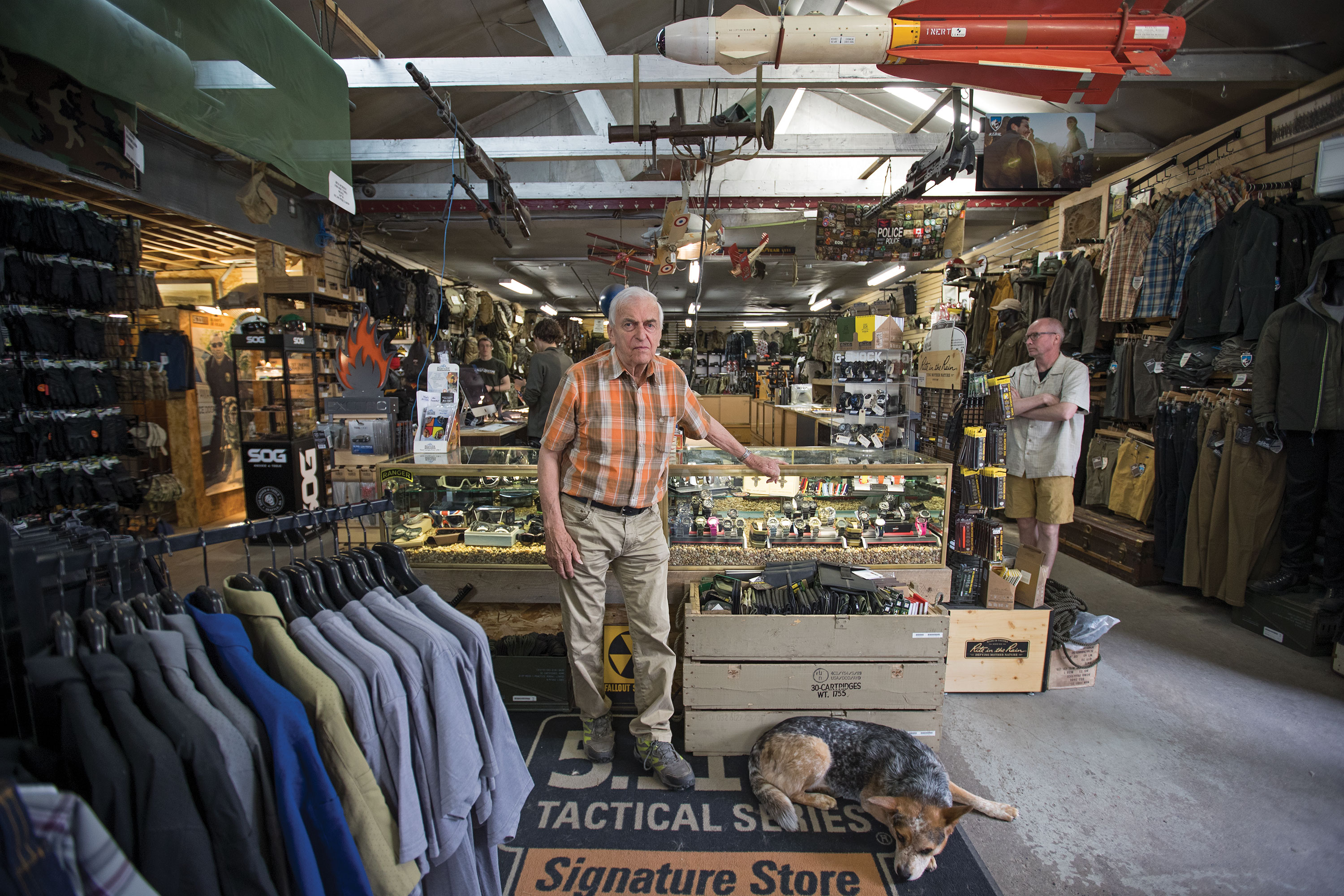 “I have one friend left in England who’s still alive. I’ve got another one in Vancouver. We don’t live forever. Pretty well everybody I used to do business with is gone. We even have a hard time finding collectors now.”

PrevPrevious ArticlePlanning for change | 2017: The year in review
Next ArticleCharge of the cavalryNext