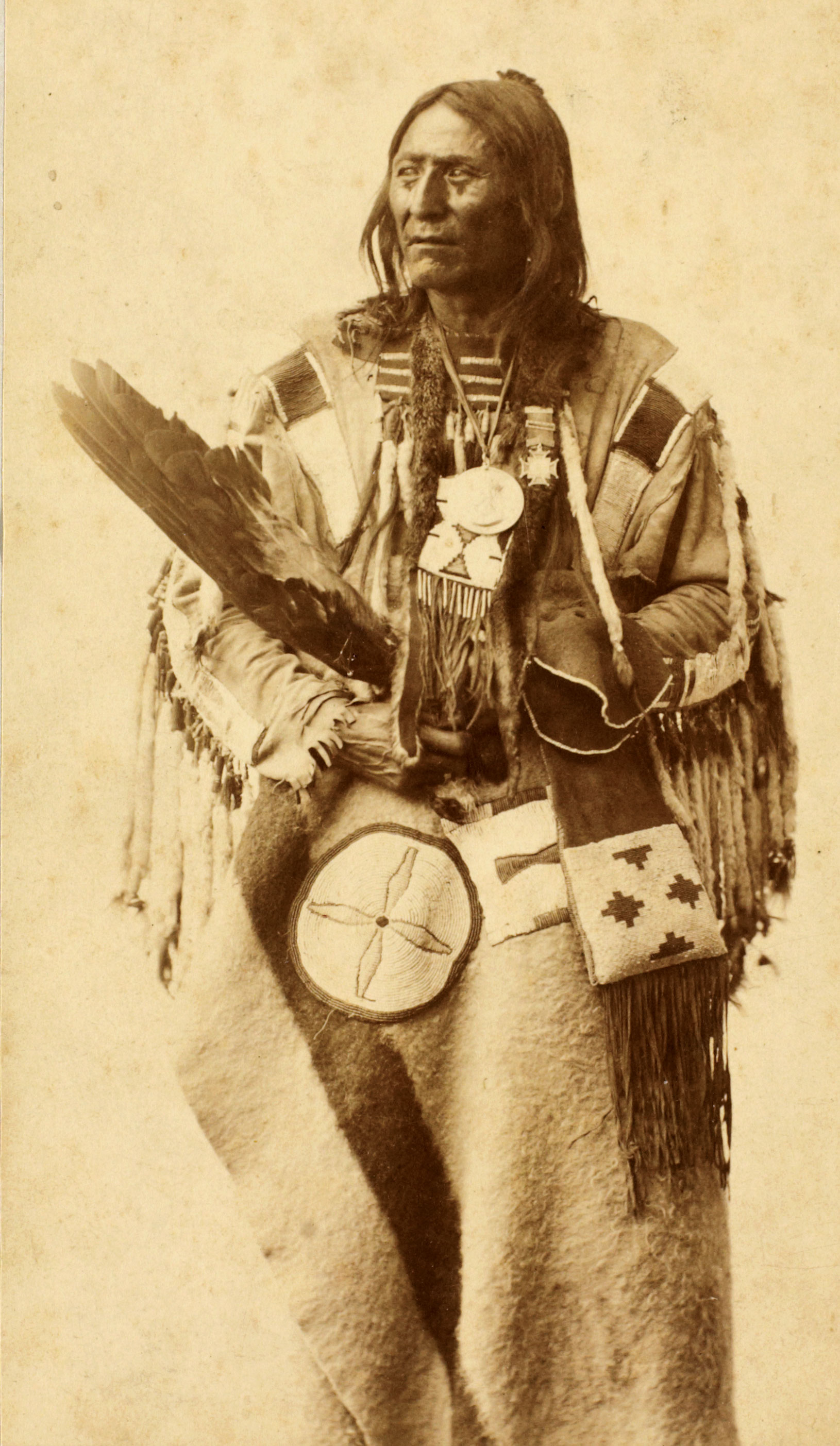 After Confederation, the West was being transformed. A railway was being built, uniting the country but displacing both the bison and the First Nations. Soldiers and settlers were arriving. Louis Riel was trying to gather support for his rebellion.

In 1879, Crowfoot, chief of the Siksika First Nation and one of the most influential chiefs of the Blackfoot Confederacy, led his starving band south to Montana in search of bison, which had largely vanished from the Canadian prairie. Whisky traders found them, with disastrous results. The Blackfoot traded horses for whisky, and many of them died of measles, exposure and starvation during the cold winter. In 1881, what remained of Crowfoot’s people—gaunt and destitute—walked 600 kilometres back to the Cypress Hills.

Louis Riel had tried to enlist Crowfoot in his rebellion, but the chief thought war with the whites would lead to slaughter and he declined to join Riel’s ill-fated rebellion. He did, however, use his position to political advantage, lobbying Ottawa for more food for his people. Prime Minister John A. Macdonald, no stranger to politics, agreed, telling his Indian agents to send food to where “the tomahawks are sharpest.”

Food was sent but it wasn’t enough, and the nomadic bison hunters continued to starve. 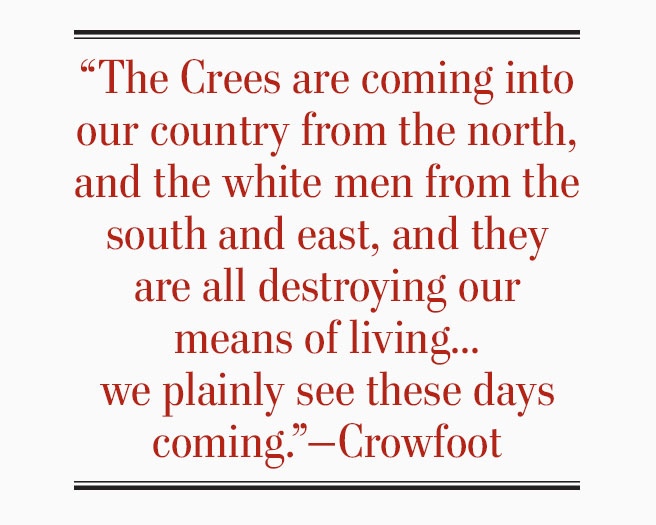 In 1886, the last spike driven, Macdonald boarded the first transcontinental train to Vancouver. He met with Crowfoot in the foothills. “My chiefs fear for their children, that food would not be given them,” he told Macdonald. “I ask you Sir John to help banish these fears.” Macdonald gave him a new suit, and William Van Horne sent Crowfoot a lifetime pass for the Canadian Pacific Railway.

Crowfoot’s own children had already met with tragedy. Of 12 children, only four made it to adulthood, and by 1886, they too were dead of starvation or tuberculosis. His lone remaining child was adopted son Pîhtokahanapiwiyin—better known as Poundmaker—who was in prison for his perceived role in the rebellion, even though he had been a conciliatory force.

“I have a feeling of lonesomeness of seeing my children dying every year,” Crowfoot wrote to Poundmaker. “And if I hear that you are dead, I will have no more use for life.” He feared that Poundmaker would die in prison and lobbied Macdonald for his release. Macdonald obliged and Poundmaker visited his adoptive father at a Blackfoot sun dance on July 4, 1886, where he died of a lung hemorrhage.

On April 17, 1890, Crowfoot himself lay dying in his tent in southern Alberta. “A little while and I will be gone from among you,” he said. “From nowhere we came; into nowhere we go. What is life? It is the flash of a firefly in the night. It is the breath of a buffalo in winter time. It is the little shadow that moves across the grass and loses itself in the sunset.”

Among those at his deathbed was his mother, well into her 90s, a woman who had been born into a world that had utterly disappeared.

Sole Black survivor of USS Truxtun, U.S. Navy ship that crashed off Newfoundland in 1942, is remembered: