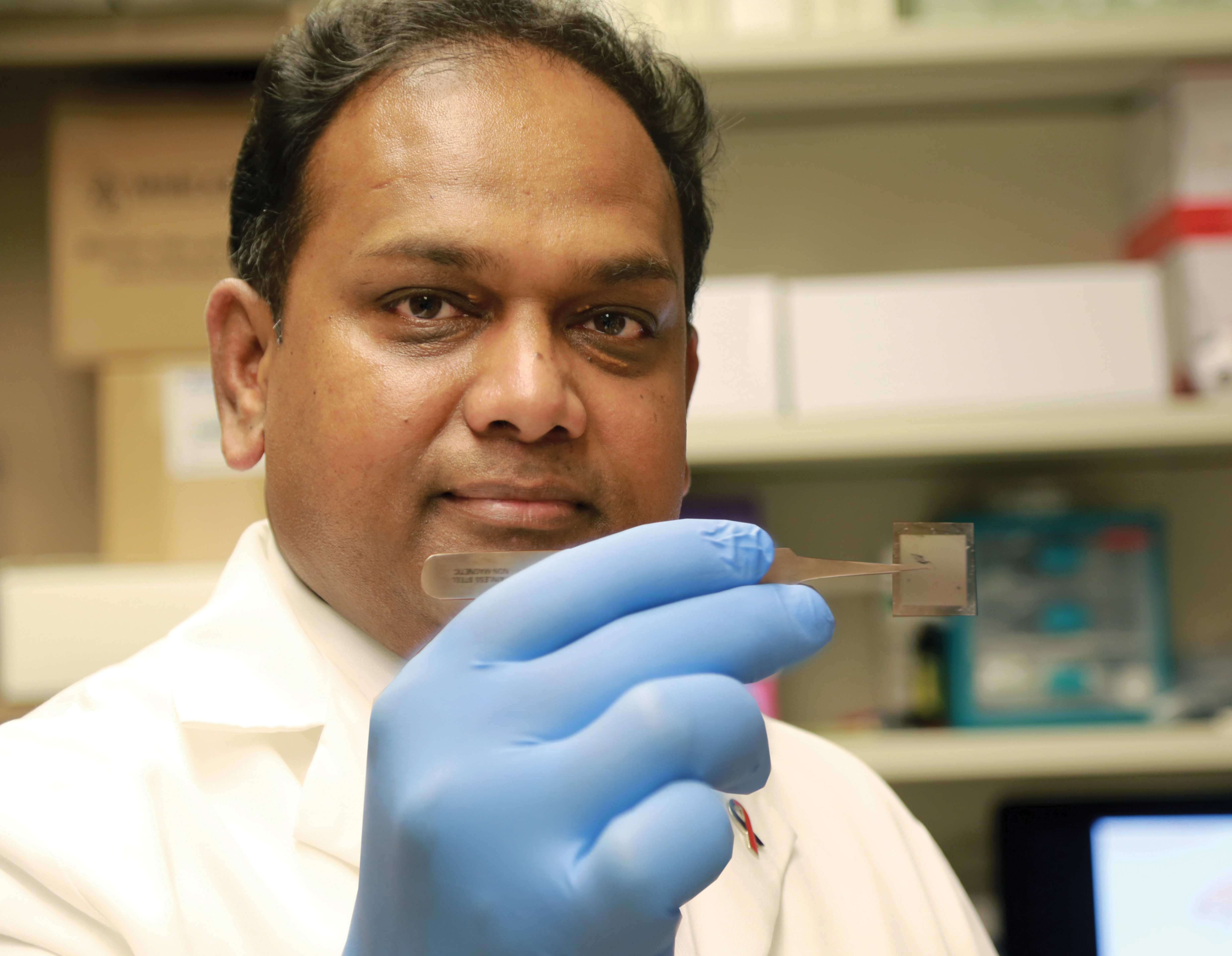 For more than 150 years, troops have known the abbreviation TNT has stood for an explosive that can wound and kill. In the future, they may instead recognize it as something that can heal wounds, save limbs and regenerate injured brains.

Researchers at Ohio State University are ready to begin human trials of a new technology that is a potential game changer in treatment of wounds, injuries and a myriad of other health conditions. That’s if TNT—tissue nano transfection—works as well in humans as it does in mice and pigs.

“By using our novel nanochip technology, injured or compromised organs can be replaced,” Chandan Sen, director of Ohio State’s Center for Regenerative Medicine and Cell Based Therapies said in a prepared statement. “We have shown that skin is a fertile land where we can grow the elements of any organ that is declining.”

TNT is being hailed as a breakthrough in regenerative medicine, a technique that may one day replace some surgeries, prevent amputations—even heal the brain.

In essence, tissue nano transfection uses DNA to transform one type of cell into another.

A button-sized pad is placed on a patient’s skin and zapped by a small electrical charge that causes nanochips in the pad to propel DNA into the cells below. That DNA reprograms the skin cells, essentially turning them into a different kind of cell. The patient feels next to nothing, the pad is immediately removed, and reprogramming of cells begins immediately, said Sen. 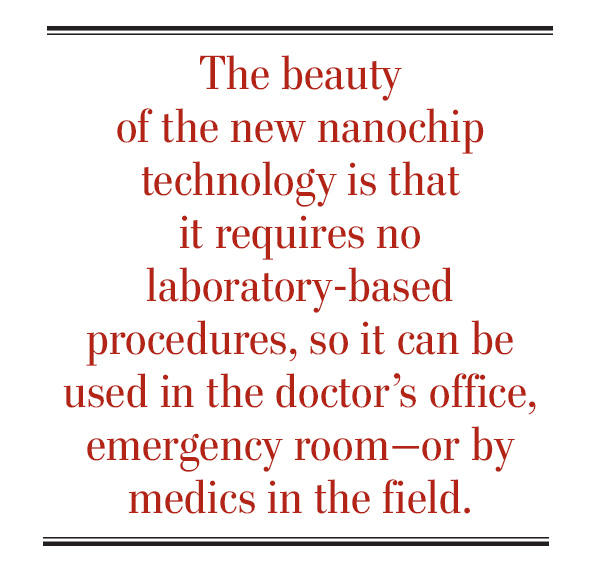 In the experiments, only one treatment was necessary to reprogram skin cells on a mouse leg to become vascular cells, which replaced damaged blood vessels and healed the leg in a couple of weeks.

Researchers also reprogrammed skin cells to become brain cells, harvested those cells and injected them into the brain of a mouse to replace those damaged by stroke.

The beauty of the new nanochip technology is that it requires no laboratory-based procedures, so it can be used in the doctor’s office, emergency room—or by medics in the field. The reprogrammed cells are recognized by the immune system as the body’s own cells, so anti-rejection medications aren’t necessary.

Not that there aren’t questions to be answered. Will the technique work on massive injuries? It’s being touted as non-invasive, but will surgery be necessary to get the technology to internal organs or deep tissue? Will the reprogrammed cells work long enough in the body to complete healing? Will it be cheaper or better or longer-lasting than other treatments? Will it even work on humans? And if so, when will it be available?

It’s not such a leap to see benefits in treating military wounds and injuries or perhaps even finally an effective treatment for brains damaged by post-traumatic stress disorder or traumatic brain injury. The possibilities are endless—could TNT be used to beef up the immune system, replacing the need for some vaccines? Can it be used to speed up healing of broken bones, sprained joints, ruptured spinal discs, wrecked vertebrae—perhaps even regenerate nerves after crippling spinal injury?

The researchers are optimistic.

“It is difficult to imagine, but it is achievable, successfully working about 98 per cent of the time,” said Sen, who is also executive director of Ohio State’s Comprehensive Wound Center. “With this technology, we can convert skin cells into elements of any organ with just one touch.”

The research results from collaboration between Ohio State’s Wexner Medical Center, College of Engineering and Nanoscale Science and Engineering Center. “The concept is very simple,” said biomolecular engineer L. James Lee. “We were even surprised how it worked so well. In my lab, we have ongoing research trying to understand the mechanism and do even better.

“This is the beginning,” Lee said. “More to come.”

The Walter Reed National Military Medical Center in Bethesda, Maryland, has been approached to run the human trials, once they are approved.