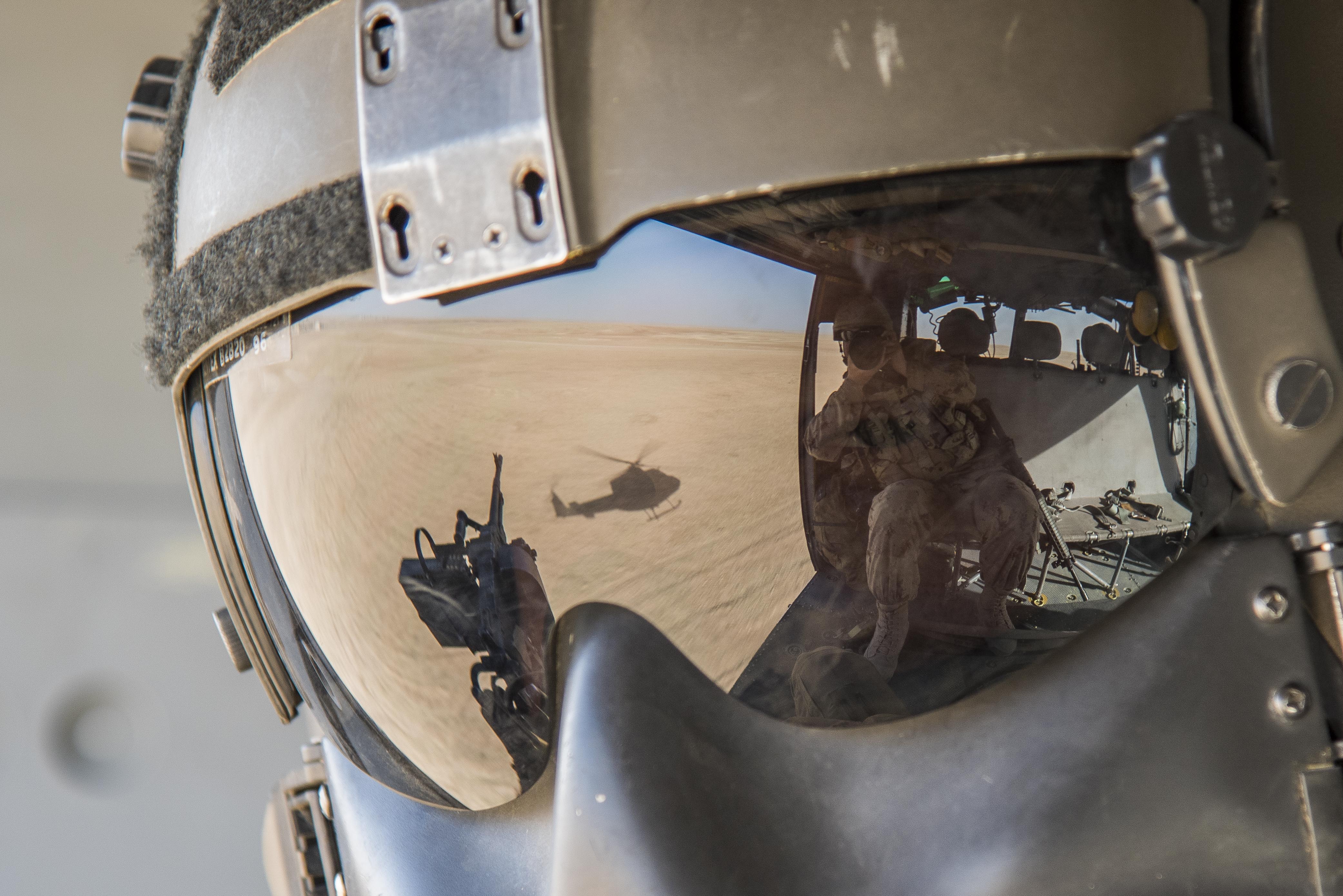 A door gunner with the Tactical Aviation Detachment in a CH-146 Griffon helicopter during Operation IMPACT in September 2017.
Combat Camera
Remembrance Day has passed. Now remember this: Without a comprehensive plan to re-equip the Canadian Armed Forces for the challenges that lie ahead, our soldiers, sailors and aircrew are placed at an unfair and unnecessary disadvantage.

The money has been promised—all $62.3 billion of it—but spending it won’t be so easy for the Department of National Defence, no matter how badly the military needs the equipment.

The problem, say those in charge of purchasing, is not so much the money as the manpower. There isn’t enough of it.

“Recruiting people is not easy,” Andre Fillion told a conference hosted by the Canadian Global Affairs Institute last month. Fillion heads the department’s procurement section, which is facing a flood of complex and challenging projects.

“Our business is not getting easier, it’s getting tougher and tougher,” he said. “As we put together contracts, things like intellectual property, the defence market itself, the technology that we’re buying is increasingly complex.”

It is not an especially new problem, but it comes at a seminal time for military renewal.

It said “effective and timely defence procurement is vital” to ensuring the military can deliver on its mandate, and it promised “real progress toward streamlining defence procurement, improving the timely acquisition of much-needed military capabilities, and increasing economic benefits and creating jobs for Canadians.” 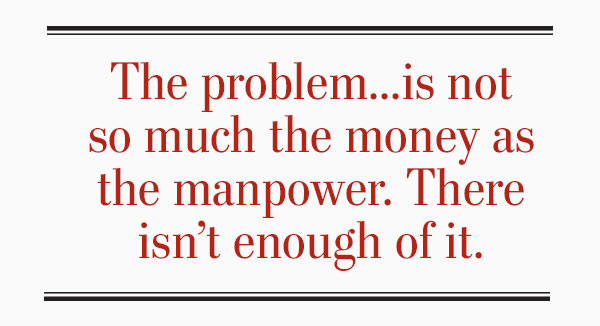 Yet procurement delays, along with political snags, have hampered some projects to the point that Ottawa reset deadlines and deferred spending.

After the policy was released, Patrick Finn, DND’s assistant deputy minister of materiel, told The Canadian Press that many procurement issues can be traced to a shortage of staff and experience dating from the 1990s.

His 4,200-strong workforce is in the process of adding 300 more staff by the end of next summer, including procurement experts, engineers and technicians.

“Financially, we’ve been very well resourced through defence policy, and now we have to deliver on it,” Major-General Jean-Marc Lanthier, the man responsible for managing the department’s corporate strategy, told the conference. “The money is coming, and our feet are being held to the fire to do what we said we could do.”

In fact, the volume of spending is posing somewhat of a problem in and of itself.

“We need to streamline so we reduce schedule risks and reduce schedule slippage on our projects,” said Fillion, “because as we delay, we lose buying power—and also we don’t get the equipment the military needs in time.”