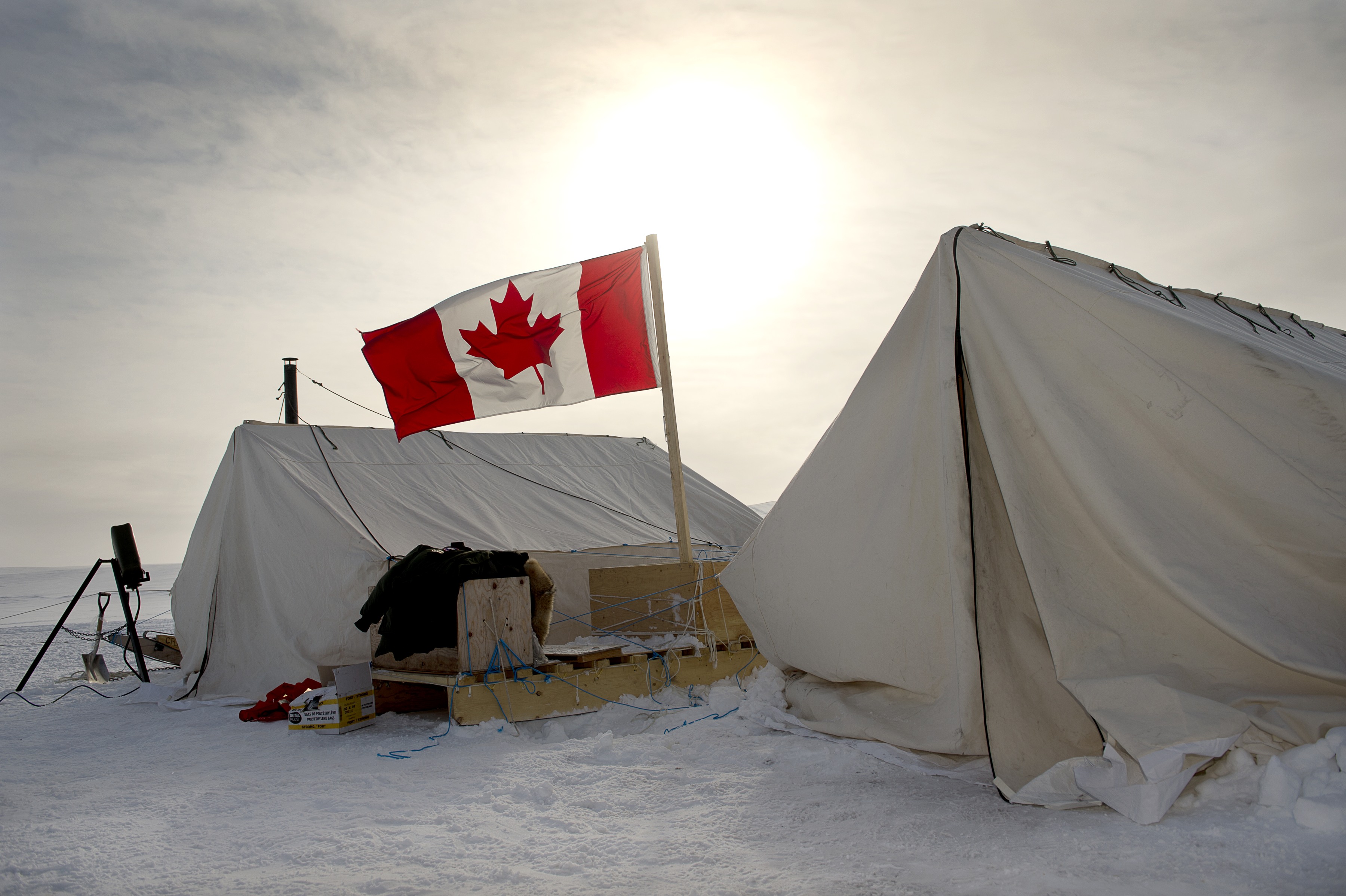 The Canadian Rangers set up a camp on Sherard Osborn Island during Operation NUNALIVUT in April 2013.
Cpl Aydyn Neifer/Combat Camera
Scientists at the Department of National Defence have been at work in the Canadian Arctic developing new tools to help assert the country’s polar sovereignty.

Their expedition to Nunavut, part of a project called the Canadian Arctic Underwater Sentinel Experiment, or CAUSE, has been testing new technologies at a remote military station on Devon Island in Baffin Bay.

The expedition is part of efforts to develop surveillance capabilities to monitor the approaches to Canada’s Arctic.

“It’s important from a sovereignty perspective,” Dan Hutt, the project director from Defence Research and Development Canada, told CBC. “If Canada has sovereignty over this part of the world, we need to know who’s there.”

The station at Gascoyne Inlet dates from the Cold War and is perched at the spot where Soviet submarines would enter northern waters on their passages through the Arctic.

The vast Canadian Arctic spans three territories, extends to the North Pole, and encompasses 75 per cent of the country’s coastlines and 40 per cent of its land mass.

“The sheer expanse of Canada’s North, coupled with its ice-filled seas, harsh climate and more than 36,000 islands makes for a challenging region to monitor—particularly as the North encompasses a significant portion of the air and maritime approaches to North America,” says the federal government’s new defence policy, released in June. 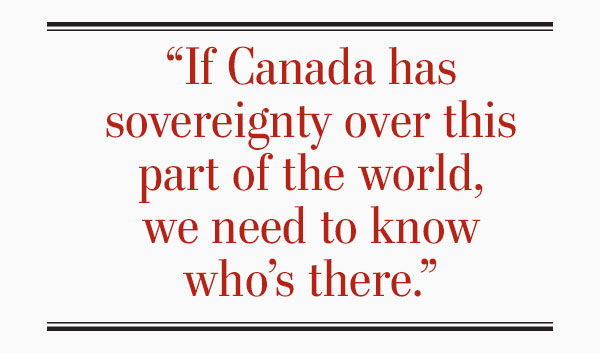 Eight nations—Canada, Denmark, Finland, Iceland, Norway, Russia, Sweden and the United States—have mounted overlapping and disputed Arctic sovereignty claims. It will be years before the issues are settled in The Hague.

Meanwhile, Russia is building new Arctic bases. And warming trends are reducing the ice season, opening the region to exploration and commercial traffic.

“NATO has also increased its attention to Russia’s ability to project force from its Arctic territory into the North Atlantic, and its potential to challenge NATO’s collective defence posture.

“Canada and its NATO Allies have been clear that the Alliance will be ready to deter and defend against any potential threats, including against sea lines of communication and maritime approaches to Allied territory in the North Atlantic.”

The document acknowledges the North Warning System, a chain of unmanned Arctic radar stations built in the 1980s, is “approaching the end of its life expectancy from a technological and functional perspective.”

“Unfortunately the range of potential threats to the continent, such as that posed by adversarial cruise missiles and ballistic missiles, has become more complex and increasingly difficult to detect.”

Canada and its southern neighbours are collaborating on continental defence challenges, including early warning.

The government plans to expand the Canadian Air Defence Identification Zone to cover the entire Canadian Arctic archipelago. The current boundaries are still based on Cold War-era capabilities. The policy says an expanded zone will “increase awareness of the air traffic approaching and operating in Canada’s sovereign airspace in the Arctic.” 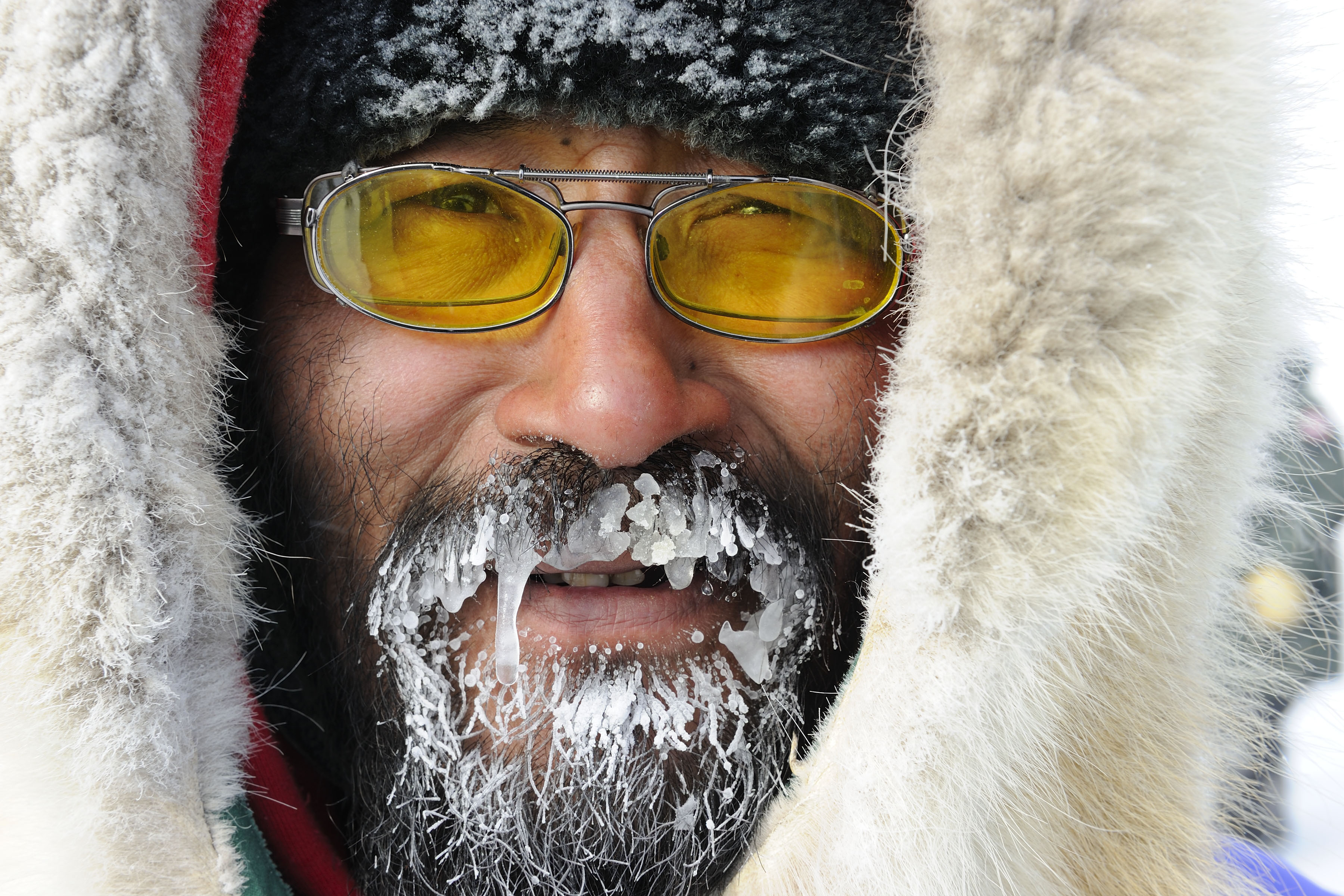 “We will integrate these capabilities into a ‘system-of-systems’ approach to Arctic surveillance, comprising air, land, sea, and space assets connected through modern technology,” the document says.

At a cost of about $16 million, the fruits of CAUSE’s labours could ultimately replace the early warning system.

The project aims to develop underwater microphones that can be left on the Arctic seabed for years, autonomous underwater vehicles that can patrol the Arctic while towing sensors, and software that can analyze the data.

“It’s still got quite a ways to go until we’ve got a computer with enough artificial intelligence to reliably analyze tons of acoustic data and say, ‘that’s a ship, that’s a whale, and, oh, that looks like a submarine,’” Hutt told CBC.

Operating these systems and delivering the data from beneath Arctic ice remains a challenge.

Working with civilian researchers, the team is leaving some of its monitoring devices on the ocean bottom at Gascoyne Inlet for the winter. It will recover the devices and assess their performance come spring.