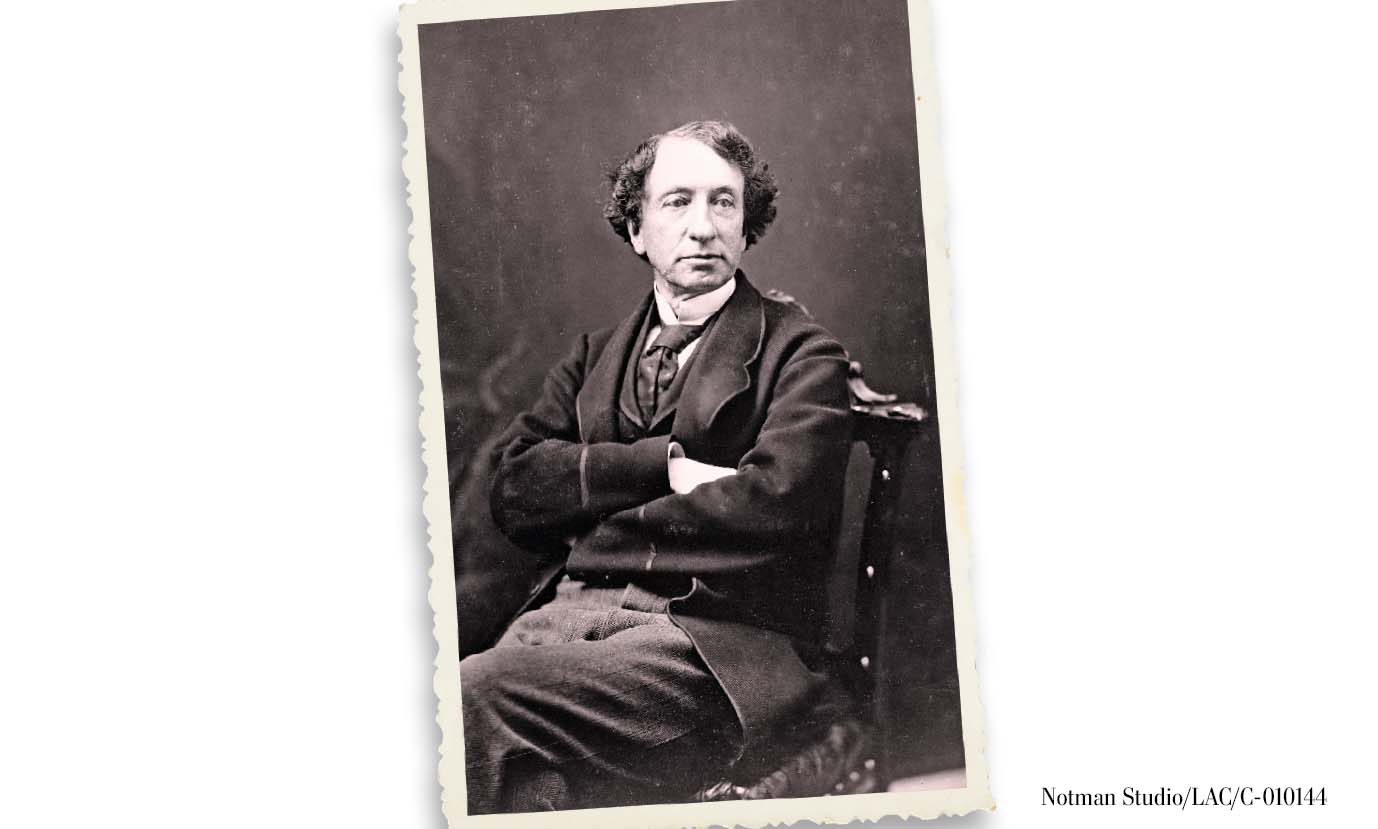 In 1864, John A. Macdonald, along with George Brown, D’Arcy McGee and Alexander Galt, sailed to Charlottetown to convince the maritime colonies to join Confederation. On board was $13,000 worth of champagne to smooth negotiations.

“Whether as a result of our eloquence or the goodness of our champagne,” wrote Brown, “the ice became completely broken…thereupon the union was completed and proclaimed.”

However, there were still a few details to be worked out. The party moved to Halifax, Saint John, Fredericton, and finally, Quebec, where there was a dinner at Government House. A daughter of one of the delegates described the scene: “D’Arcy McGee took me to dinner and sat between Lady MacDonnell [wife of the Governor of Nova Scotia, Sir Richard MacDonnell] and I. Before dinner was half over, he got so drunk he was obliged to leave the table.”

The next day, delegates heatedly discussed the idea of a senate and that night there was a delegates’ ball for 1,400 people. It started as a model of “grace, loveliness and politeness.” By four a.m., there was “drunkenness, pushing, kicking and tearing…. The supper room floor was covered with meat, drink and broken bottles.” 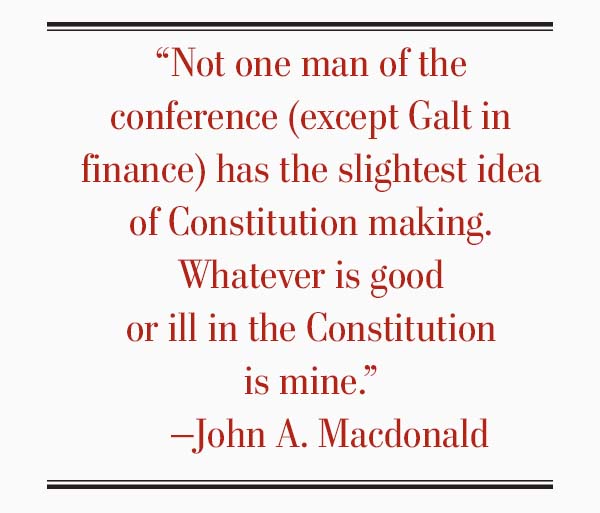 Between the raucous parties, the hard work of creating a country had to be done. Macdonald was the only one with a background in constitutional law, and it fell to him to draft 50 of the 72 resolutions. By day he revised the constitution, at night he lobbied the delegates, with mixed results.

Negotiations remained fraught—Prince Edward Island and Newfoundland declined, Nova Scotia had agreed but then wanted out, Quebec wanted guarantees on French rights, New Brunswick felt neglected, and Brown wanted more senators for Upper Canada. At the centre was the tireless Macdonald, holding it all together.

The delegation finally moved to London to present their fraying case to British parliament, and Macdonald’s travails continued. He woke one night to find both he and his bed were on fire.

“Had I not worn a very thick flannel shirt under my nightshirt, I would have been burnt to death,” he noted. “As it was my escape was miraculous.” His hair and hands were singed, adding to his ravaged look.

The bill to create a new country slowly dragged through the British parliament, and between the first and second reading, Macdonald married Agnes Bernard in St. George’s Church in Hanover Square. The bill was finally signed by Queen Victoria on March 29, 1867. At noon on July 1, the Dominion of Canada was born, with Macdonald as its first prime minister.