Home » Health » Invictus Games » The jump that changed everything

The jump that changed everything 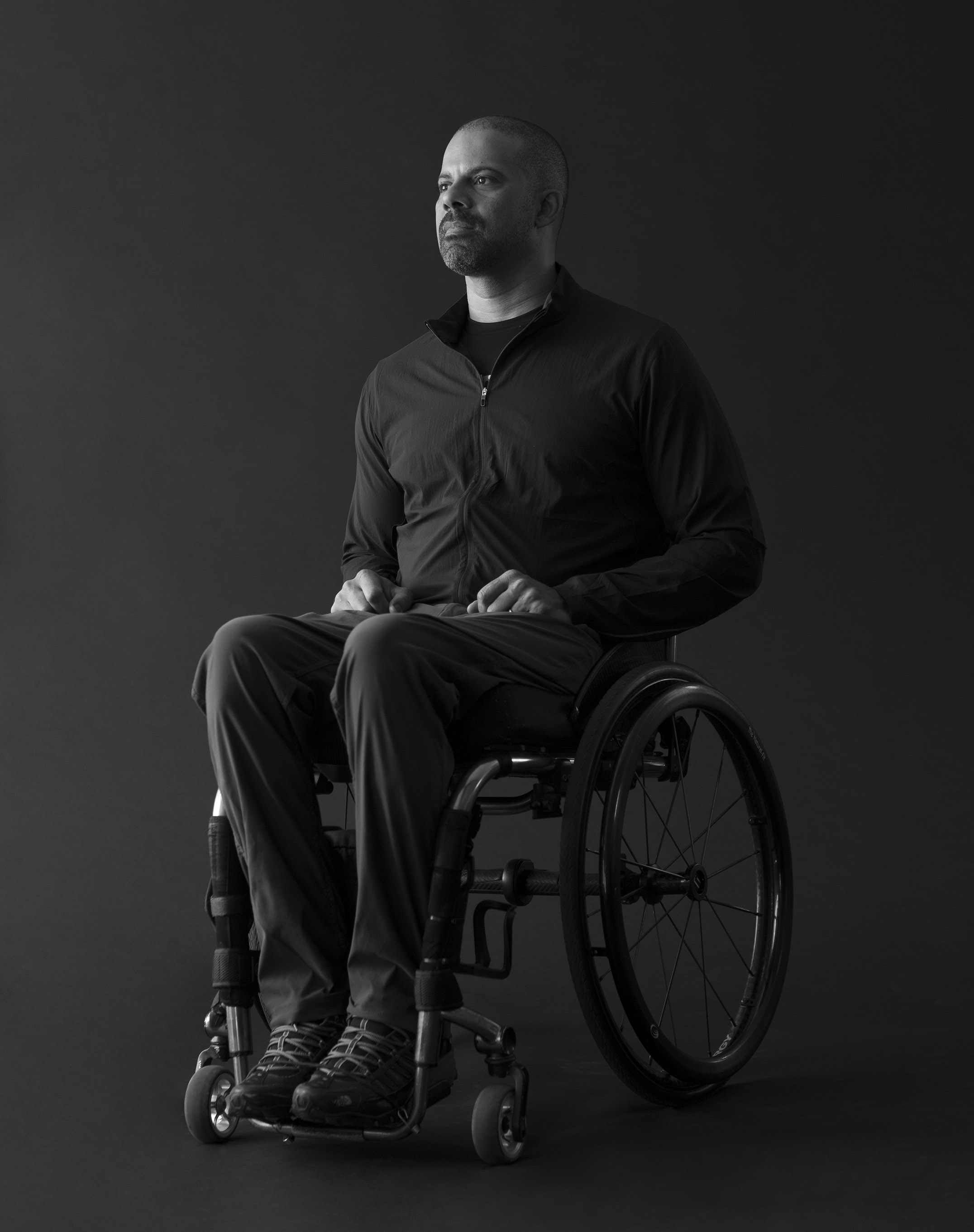 Once he joined the infantry, all Steve Daniel wanted was to be a paratrooper, and he became a good one.

Daniel signed up at 19, moved into the 1st Airborne Regiment soon after and, when it was disbanded in 1995, joined Para Company, 3rd Battalion, Royal Canadian Regiment out of Petawawa, Ont.

He was an elite paratrooper, a pathfinder (airborne reconnaissance) and a freefall specialist.

South of the border, they call it HALO jumping—high-altitude low-opening. As opposed to static-line jumping, where 50 paras will deploy in less than a minute and the chutes are small, round and open on exit, freefall chutes are larger, rectangular and more maneuverable.

Freefall paratroopers drop thousands of feet without a chute. They reach terminal velocity (about 195 kilometres per hour) within seconds and they don’t deploy the brakes for almost a minute.

When they finally do open their chutes, they’re just a few thousand feet above ground—seconds from impact, or just enough time to contemplate death if the chute doesn’t open. The flare, or braking manoeuver, is critical to the landing. 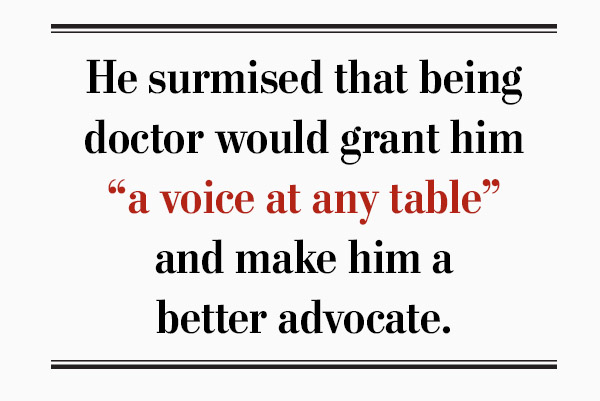 Pathfinders typically do this while packing more than 60 kilograms of equipment, supplies and ammunition.

Freefall jumping is a particularly useful tactic for getting into high-risk areas undetected. And it’s a thrill like no other.

“It’s such an adrenaline rush when you jump out of a plane,” says Daniel, now 42. “It becomes addictive, in a sense. You’re always anticipating your next jump.”

The Northern Ontario native progressed through the ranks, did tours in Croatia, Bosnia (twice) and Afghanistan. He went to Fort Benning, Georgia, and jumped with U.S. Army Rangers. He earned his sergeant stripes and became a certified jump instructor.

On a good day, he was jumping four to six times. Indeed, jumping out of a perfectly good airplane seemed the normal thing to do. “That was my day-to-day.”

His 160th and last jump went pretty much like all the others, until things went terribly wrong. It was to be the final jump in his progression toward military freefall parachute instructor. The date was June 30, 2005. It was sunny and warm.

They were conducting drag-offs, jumping from a civilian-owned Twin Otter at about 12,000 feet above at CFB Trenton’s jump school. This involves climbing out the door in a chain, holding onto a partner as they jump to simulate a teacher-student situation.

They were jumping “bare-assed,” equipment-free using civilian chutes, which are smaller and more compact than the military variety. They would pack their own during the debriefs between jumps. Military chutes are almost twice as big in order to support a jumper in full equipment, and they’re packed by trained riggers.

Deploying at about 3,500 feet and aiming to land as close to the marker as possible, they freefell for 45 to 50 seconds. It was early afternoon and Daniel’s second jump.

“It was a zero-wind day,” Daniel recalls. “Typically, it’s harder to land on a zero-wind day with freefall chutes. What happens occasionally is you come in and if you flare too low then you don’t have enough braking speed and you land super-fast.”

The jump went off without a hitch. Daniel was coming in for what he thought would be a perfect landing. At the last second, however, he miscalculated.

“Parachuting,” he notes, “is a very unforgiving sport and occupation. There’s very little room for error.”

He knew seconds before he hit that he had miscalculated. He landed on his backside, “a big no-no in parachuting.”

“There’s a huge impact. And the result of that was my vertebra was completely destroyed. One bone. It just happened to be the wrong bone.”

He’d never had a close call before. A few hard landings, maybe, but no cutaways (slicing the lines to a tangled main chute before deploying the reserve) and no broken bones.

Now he felt pain right away. He couldn’t get up, and he called out for a buddy who had landed close by. He thought he had broken his hip or his femur. An ambulance took him to the emergency room at a hospital in nearby Belleville, Ont., where he was X-rayed.

“The doctor was quite frank. He said I’d damaged a vertebra and that I was paralyzed from the waist down. He was an emergency doc; he was probably quite busy. He didn’t pull any punches.”

Daniel was numbed by shock. He was transferred to Kingston, where an orthopedic surgeon operated a few days later and inserted rods to fuse his mid-back. He then headed off to a rehabilitation hospital in Ottawa.

It wasn’t until he got out of rehab and many of the outside supports started to recede that he started the grieving process. He had not only lost the use of his legs, he’d lost a career doing the one thing he loved and the identity he’d had since joined the military.

The reconstruction of his life began slowly, and it was far from smooth.

“It’s a challenge, not only for you to navigate but also your partner—I was a dad, as well, and I had to redefine that role,” he says. “But I’ve always been a determined guy with a positive mindset.”

He eventually came to treat his disability as “just another challenge.”

He had enlisted seeking challenges and adventure. That evolved into service. But all the time Daniel was in the military, his post-infantry career was in the back of his mind. As he grew older, he regretted not pursuing a post-secondary education.

“I knew I had a lot of potential and I knew the answer for me was to go back to school and redefine who I was.”

He tried business, but didn’t like it, so he did an undergraduate degree in health promotion. He was accepted into medical school at the Northern Ontario School of Medicine in 2011. He became a family doctor, completing his residency after earning a spot on the Invictus Games wheelchair basketball team this spring.

He’s taking up a practice in Chelmsford, Ont., between Sudbury and the mining town of Levack, Ont., where he grew up and where his father toiled in the nickel mines. His wife Danielle is an artist and an award-winning author. One of her books is a memoir entitled The Dependant, and it tells her side of their journey.

“I don’t know if I would have gone back to school otherwise,” he says. “But this [injury] allowed me to pursue that dream of getting a degree.

“My life’s pretty good. I didn’t think it would end up like this, especially when you first have an injury.”

The challenges were steep: the unemployment rate among the disabled is upwards of 60 per cent. Daniel knew he had to take matters into his own hands and be his own boss. “What better occupation than being a physician? You’re your own boss.”

He was also an advocate for the disabled, and he surmised that being doctor would grant him “a voice at any table” and make him a better advocate.

Daniel credits a few things for his recovery and success: a supportive family; a positive, goal-oriented outlook; a can-do attitude typical of paras; a return to sport through the military’s Soldier On program; meeting inspiring people while competing as a stationary rower at the 2008 Paralympic Games in Beijing.

He has been through the worst of times—physical and psychological—and come out the other end triumphant. Now he feels he can use that experience to help others.

“Going through that and understanding what it means makes me a better doctor,” he says. “I can empathize with people and I know what it’s like to hear bad news and go through trying times, the struggles of rehabilitation and recovery.

“And I think people relate to me. It often seems I have good rapport with people, in the hospital, particularly, when people go through their toughest times. I try to build on that relationship to help people in their recovery.”