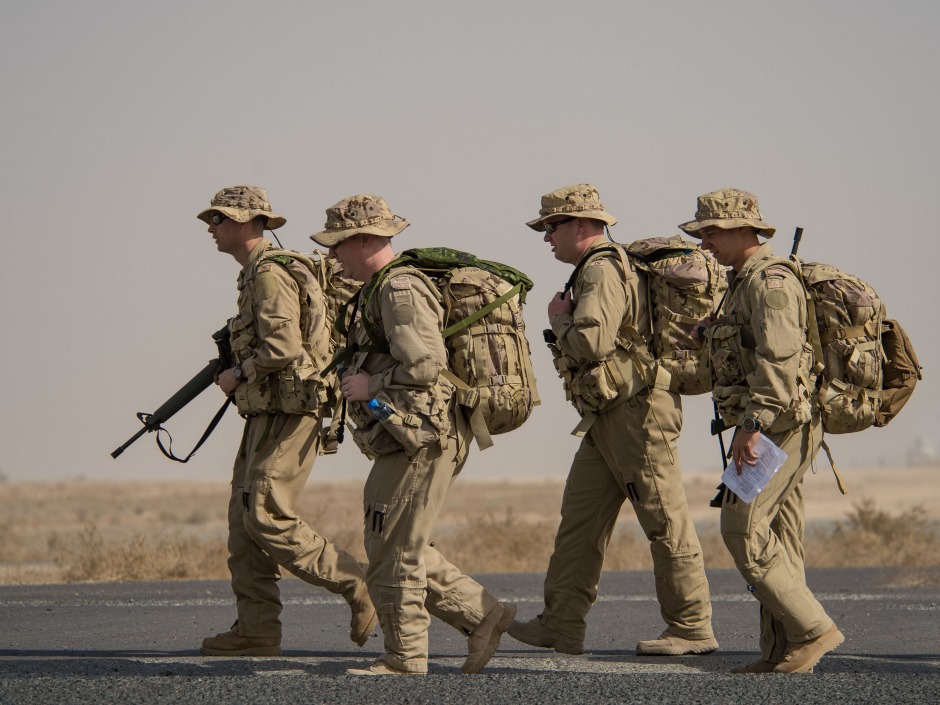 Combat Camera
The federal government had no sooner released its new foreign and defence policies than it put its money where its mouth is and renewed its commitment to the allied coalition fighting ISIS in Iraq and Syria.

It’s a relatively small contribution—logistical and training support, mainly—but, as the recent record-setting kill shot by a Canadian special forces sniper has illustrated, it is not benign and adds credence to the government promise to maintain a diversity of international military commitments.

“Our new defence policy has made it very clear that Canada is ready and willing to do its part for the global community,” said Defence Minister Harjit Sajjan. “This includes confronting security issues that threaten our shores and those of our allies and partners.

“We must continue working with the global coalition against [ISIS] and to address the security challenges which confront Iraq, Syria and the region.”

With a lead role in a Latvia NATO mission underway, Canadians are now waiting for the other shoe to drop—namely, when and where Canada will launch a United Nations peacekeeping operation.

The timing and location are anyone’s guess. Mali seemed at the top of the list a year ago, but reports suggest the federal government is having second thoughts and the delays in its decision-making are frustrating UN planners.

Video by CBC News: The National

Prime Minister Justin Trudeau’s government pledged last year to commit up to 600 troops and 150 police officers to UN peacekeeping operations, along with $450 million over three years on peace-and-stability projects.

Specifics of the mission were expected by the end of last year, pending more research by military and foreign affairs officials, but the election of U.S. President Donald Trump provided a convenient excuse for Ottawa to further delay the decision.

It’s a tough call, given the complicated relationships contributing to many African conflicts and Canada’s experiences, specifically, in both Somalia and Rwanda.

It was a promise made in the heat of an election campaign that is now subject to sober second thought.

“We have a difficult history in Africa as peacekeepers,” Trudeau said in March. “We need to make sure that when we embark on any…military mission, we make the right decisions about what we’re going to do, how we’re going to do it, and the kind of impact we’re going to have on the ground and on Canadians.

“That’s a decision we’re not going to fast-track. We’re making it responsibly and thoughtfully.”

Postmedia’s Matthew Fisher reported on July 5 that Canada might send troops to the Central African Republic, where more than 100 people have been killed in sectarian and tribal violence in recent weeks, despite a UN presence and a ceasefire.

Reporting from Uganda, Fisher also cited Burundi as a possibility, pointing to an increasing tide of violence and an Africa Centre of Strategic Studies report that it had already created 100,000 refugees this year alone.

More than three million South Sudanese and a million Congolese have also fled fighting in the past year, Fisher reported. “The UN has discovered more than 40 mass graves in the Democratic Republic of Congo and is calling for an investigation into massacres, including the beheadings of 40 policemen earlier this year.”

Furthermore, “the United Nations High Commission for Refugees [has] concluded that 20 million people are at risk of starvation in Yemen, Nigeria, Somalia and South Sudan.”

Meanwhile, Sajjan and Foreign Affairs Minister Chrystia Freeland announced on June 29 that Canada is renewing its military contribution to the Iraq and Syrian campaigns through March 2019.

“The Coalition has made significant progress in the fight against [ISIS] in Mosul,” said a Department of National Defence release. “As the situation evolves, Coalition allies and partners must remain flexible and adapt to changing threats.

“This renewed contribution continues the existing advise-and-assist mission. Within that context, the Canadian Armed Forces will be able to deploy capabilities as needs arise, enabling it to continue to be an effective and relevant contributor to the global coalition.”

Under the commitment, Canada could deploy up to 850 military personnel and provide additional training and a CC-130J Hercules aircraft for tactical airlifts. It is already providing aerial refuelling and surveillance; tactical helicopters; training, advice and assistance to Iraqi security forces; a field hospital; and intelligence support—at a cost of $371.4 million over the next two years.

Canada is also contributing more than $1.6 billion over three years to address security, stabilization, humanitarian and development challenges related to the situation in Iraq and Syria and its impacts on Jordan and Lebanon.