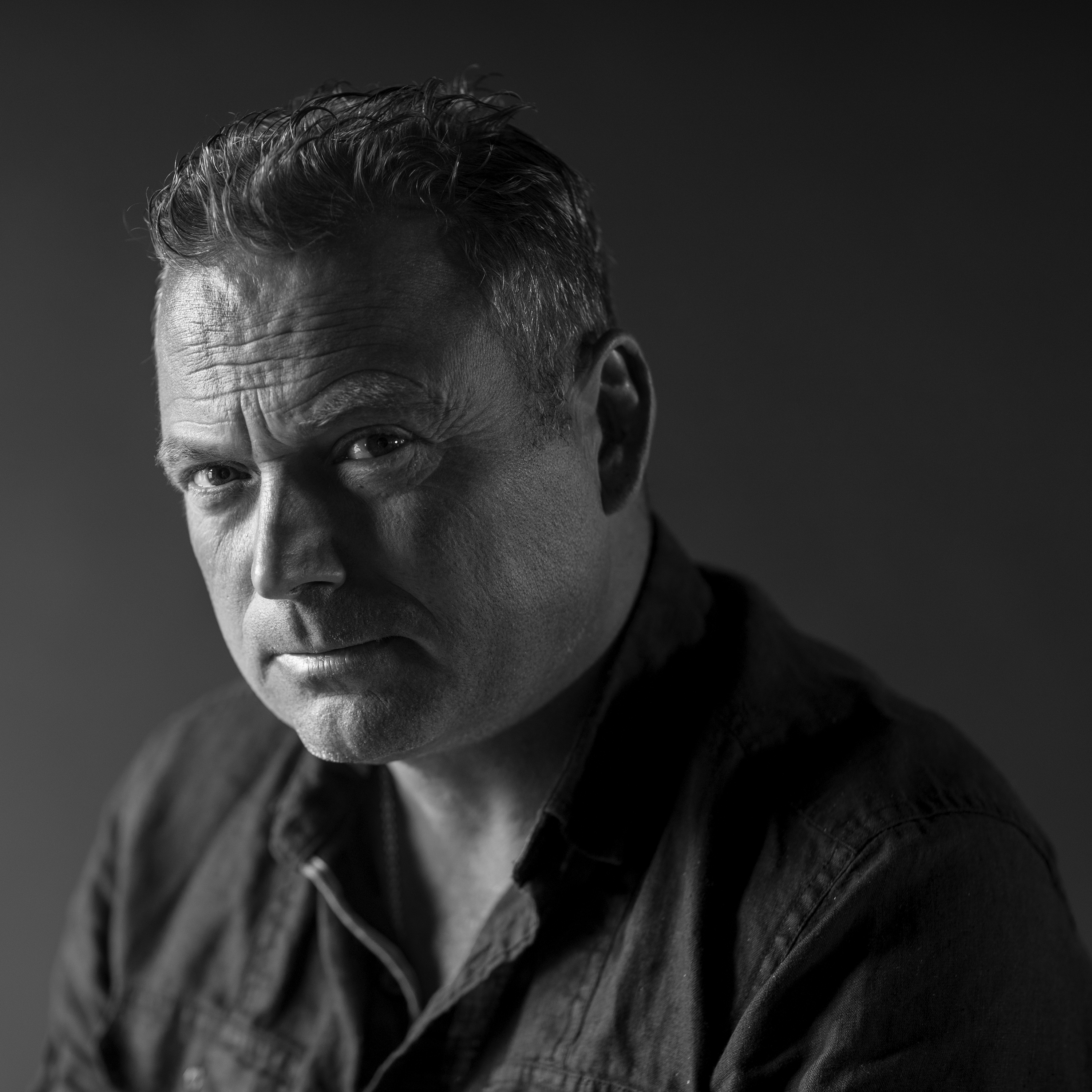 The one thing about physical wounds is you know when they happen. You know the precise moment you’ve been shot in the shoulder or lost your leg to a landmine. Your life may be changed forever, and you can point to exactly when it happened and why. Furthermore, the damage is evident and treatment is prompt.

Psychological wounds aren’t usually like that. They tend to creep up on you. They gain an advantage over time, eroding or chipping away at your psyche until it can no longer hold up. You may hide it well so few can see the war you are waging inside, but the wounds still do their work and they’ll eventually get the best of you.

That wasn’t how it was for Fred Caron, however. He knows exactly the moment post-traumatic stress began to break him and why. It was sudden, it was harsh, and it took Caron, who had always been a PTSD cynic, by complete surprise.

It began at 5 p.m. on June 14, 2009, in a small village northwest of Kandahar when a Taliban rocket-propelled grenade (RPG) dropped next to the small compound in which Caron, three other members of the Royal 22nd Regiment, their Pashtun interpreter, nine Scottish soldiers and more than 60 members of the Afghan National Army (ANA) had taken shelter for the night.

Fifteen minutes later, a mortar fell just outside the walls. During the 75 minutes that followed, multiple RPGs and no less than eight mortars fell inside the compound, seriously wounding two Afghans and a British soldier. It’s a miracle that more weren’t seriously wounded.

That short but hellish ordeal proved to be Caron’s psychological Waterloo, the moment his psyche broke. He would continue fighting—himself and the Taliban—for four more months, until his tour ended on Halloween and he went home.

Caron was a non-commissioned officer from Rimouski, Que. He joined the military at 17 and worked his way up through the ranks from private to lieutenant over 21 years.

He had spent virtually his entire career as a paratrooper and reconnaissance soldier. Now, on his second tour in Afghanistan, he was leading a small team mentoring a company of Afghan soldiers of whose loyalty he wasn’t exactly sure.

Caron’s squad and the trainees had been assigned to 3rd Battalion of the Black Watch, which formed the Aviation Assault Battle Group. The Scots, coming off a stint in Iraq, had been dubbed The Flight Crew by British media.

They were an autonomous unit of some 300 soldiers, tasked with extended search-and-destroy missions every week or so. They had eight Chinook helicopters at their disposal, along with drones and mobile artillery and mortar support.

“I’d never worked with such a trained and ready unit,” says Caron. “They were amazing. The guys always said, ‘same shit; different place.’”

Firefights were an everyday occurrence as they disrupted Taliban areas, cleared villages and searched for insurgents, improvised explosives labs and caches of weapons and ammunition.

And, in spite of what the Scots said, each operation was unique, with its own set of goals and challenges.

Caron kept a constant eye on the Afghan captain he was mentoring and who was leading their company. His cellphone seemed just a little too present; his helmet was rarely on when the phone was in use, and rarely off when it wasn’t.

And then there was the advice that same Afghan captain had rendered when he and Caron first met: “Don’t trust anybody, not even me.”

Communications were problematic, to say the least.

“That was funny,” he recalls, “until we got into real trouble.”

Indeed, the complexities of the arrangement were numerous.

The Afghans were on another radio system from the allied NATO forces. They did not eat allied rations. And their equipment was inferior to anything the Brits or the Canadians had, making it difficult for them to keep up on, say, operations after dark, during which the Afghans were the only good guys without night-vision equipment. Even their lack of adequate footwear complicated matters.

June 14 was Day 5 of a six-day operation and, even before that first RPG round came in, it was not going well.

The Afghan captain was ignoring orders from the British commander, moving too fast and not conducting thorough searches.

Two Afghans had already been killed by landmines in the previous days. Gripped by apparent fear, their ANA captain was refusing to follow the plan. “They were not ready to do the job,” Caron says, but then-Afghan president Hamid Karzai had made ANA participation a condition of allied operations in his country.

Eventually, Caron had enough. He assumed control of the company and, with the help of British reconnaissance soldiers, they made their way to the appointed compound inside the village, where they were to wait to be extracted.

“The sun was going down. Just 10 minutes before we got hit by RPGs, I took off my flak vest to dry off. I remember seeing guys without flak vests everywhere, changing shirts before it cooled off. And then we got hit—pow.”

As the barrage ramped up, Caron had his soldiers pressed against the mud wall nearest the source of fire. Others, however, were at the opposite wall, exposed, and they caught the brunt of the attack.

“After that first round, I had my flak jacket back on, let me tell you that.”

At one point, a mortar landed directly in front of Caron and exploded. He looked down, ran his hands over his body searching for wounds, and there were none. The momentum of the shell’s flight had carried the bulk of its shrapnel away from him.

“I don’t know who that guy was [on the mortar] but he was not just any Taliban,” says Caron. “He was very well trained. I can say that I’ve shot a lot of mortars in my career and I was not as good as he was. He was really good; right on us.”

The enemy was 1,887 metres away—out of small-arms range. The village had been abandoned that morning. A British reconnaissance soldier caught shrapnel in the leg as he climbed a ladder to a rooftop in the compound, yet he still managed to pinpoint the exact position of the mortar team that was shelling them.

Caron called the battle group commander personally, relayed this information, and requested a mortar strike on the enemy position. One of the British companies was at that moment engaged in a firefight of its own. His request was denied.

Caron was at a loss. He didn’t know what to do. His support had been denied him. Nothing in his training had prepared him for this.

“I was left there by myself and I was seeing people shot in the leg, shot in the back. We didn’t receive support. I’ve never felt more abandoned in my life.”

He sent his warrant officer, whom he’d known since they were corporals together, out to a landing zone with the most seriously wounded and a smoke grenade, then called Kandahar Airfield for medevac. Again, he was denied. He was told a sandstorm had grounded the choppers. A fundamental rule of operations had been broken—if helicopter support was unavailable, the mission should have been aborted.

Caron was so angry, he made his way out to the landing zone to tell his warrant personally that no evac was coming.

As they were making their way back to the compound, they heard a Blackhawk helicopter approaching. It was a U.S. special forces team returning to Kandahar from their own operation. They diverted, took the wounded and landed at the airfield without incident, further confusing and frustrating Caron.

Holed up in that compound, they were sitting ducks. Caron knew they had to get out and advance on the enemy. And so, they did. They took up a position and waited for their scheduled 3 a.m. exfiltration.

Everybody was wet and shaking. Many were in shock. Caron covered his warrant, François (Frank) Ranger, in a blanket and reiterated a promise he’d made to his friend’s wife, that he’d get him home safe and sound.

They made it back to Kandahar, but it would be four years before Caron, then promoted to captain, would leave the military on a medical discharge.

“Everything I trained for didn’t work,” he recalls today. “I’d been in the combat school teaching a lot of this; everything I taught didn’t work. I was pretty pissed.”

He says his after-action report detailing what happened that day was rejected by senior command. He refused to rewrite it, telling his superiors to write what they wanted.

The nightmares had started his first night back in camp after the siege.

He returned to Canada at the end of the rotation and, with the birth of his son, he took parental leave. The day he returned to duty, he snapped. And he knew exactly why it happened. June 14, 2009, was still raw.

He wept for no reason. He had no patience. He had anxiety. He’d have nightmares and wake up with cold sweats.

“All of my career, I was one of the guys who didn’t believe in PTSD,” he says. “I always treated PTSD [sufferers] as the bad guy. When I realized that I was one of them, that hurt me bad.”

Eventually, his wife told him to get help or she would take the kids and leave. So, he did, resigning himself to the assumption that admitting to his problem would likely spell the end of his career. It did.

A veteran of 25 years and seven deployments, he says he was well taken care of after he left the military but that couldn’t make up for what he’d lost.

“I felt like somebody who was left alone again. I’d been by myself on the 14th of June and, once again, I was on my own. You cannot keep in the army an officer who cannot be deployed again. I understand that.

“But it wasn’t easy, getting out of something that I always wanted since I was 13 years old. Wearing a beret, that’s all I wanted to do in my life. But I knew from the time I made that promise [to Frank] that my time was up.

“I really believe that I died on the 14th of June, 2009, and everything that I do today is like being in overtime.”

He cherishes every moment with his family, tries to be the best father he can, and lives with the fact that his new whole is a fraction of what he once was. He still relies on sleep medication.

Caron was awarded the Medal of Military Valour, Canada’s third highest medal for conspicuous acts of valour in the face of enemy hostility. He says the action described in his citation never happened.

He tried to refuse his Sacrifice Medal—Canada’s equivalent to the U.S. Purple Heart—on grounds he had no physical injuries. Then he was called into his commander’s office and told: “Take your medal and shut the fuck up. You earned it.”

He still looks out for his guys.

“I always have time for a guy who fought, even if it’s hurting me again.”