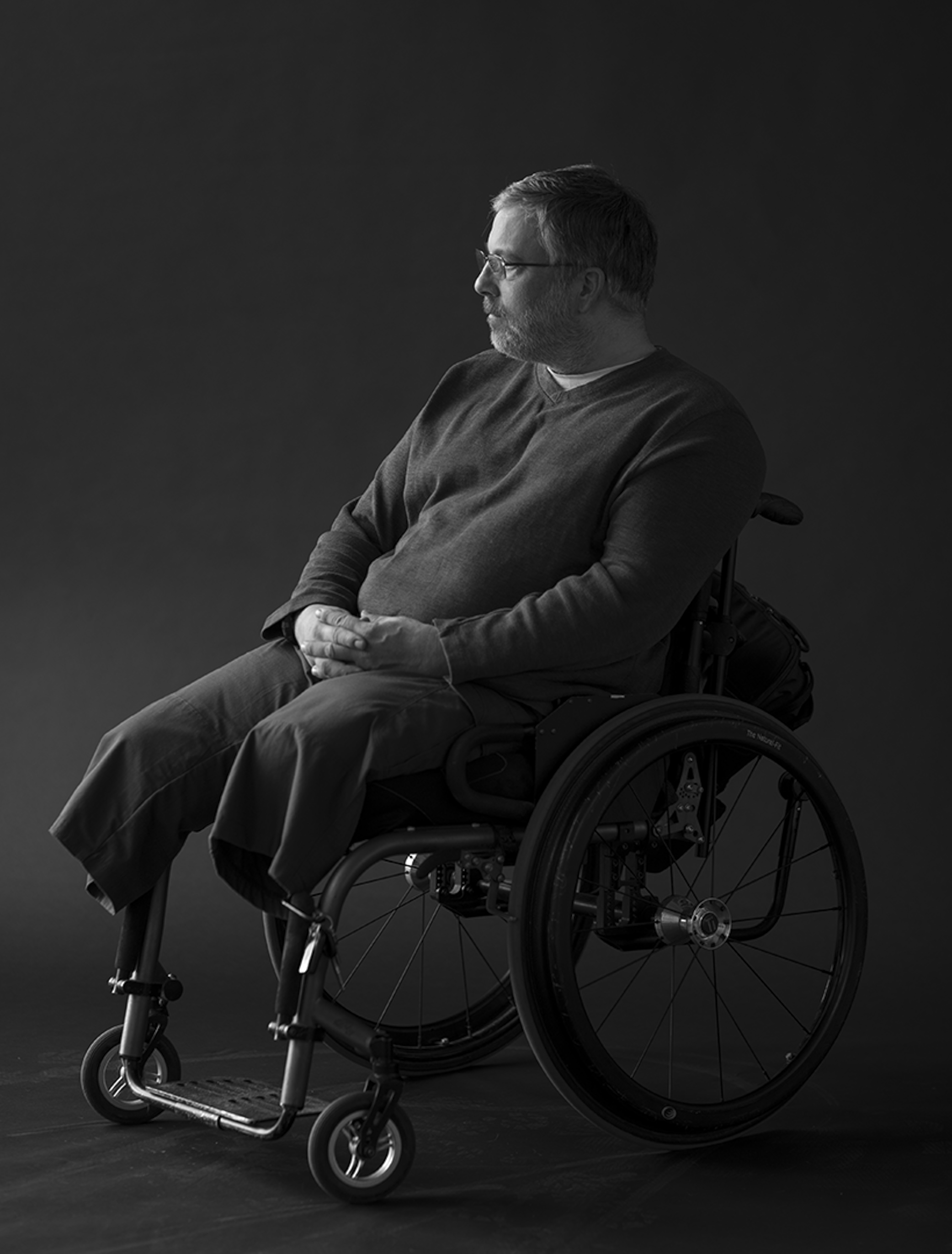 Nine years ago, Mark Campbell was the high-value target of a Taliban remotely detonated bomb. Today, he says, “I lost my legs for all the right reasons.”

The toughest part of Mark Campbell’s nine-year ordeal was being separated—not from his legs by a Taliban bomb, but from the uniform and the life he loved.

“Wearing the uniform, for me, was my life’s calling,” says Campbell. “It’s what I did from the time I was 13, from army cadets on straight through the reserves and into the regular army.”

For Campbell, who retired from the Canadian Army as a major in 2014, being part of something bigger than himself, a part of a common and greater good, of representing his country at home and abroad, became integral to his identity, central to his very being.

He was a proud soldier, and a good one. Then an improvised explosive device took both his legs above the knee. He died on the operating table and was brought back by a crack warfront medical team.

For more than six years, he wished they hadn’t revived him. He was 49 and looking ahead to a life in a wheelchair. He couldn’t do the work he loved. His world was upside down, inside out. The challenges he faced—psychological and physical—were unbearable.

“It crushed me. Not being able to do what I did every day of my waking life for 30-some years was a real blow. That’s why I had such hard time dealing with the fact I was no longer able to be what I’d been or do what I’d done.”

Coupled with his physical injuries, the pain—including phantom pain that felt like his non-existent feet were on fire—“was a recipe for disaster.”

“Psychologically, I was—pffffft—at the bottom. Mentally. Physically. It doesn’t get any lower than that.”

He was mad at the world. Clinically depressed. And in physical agony.

He hit the bottle. Hard. By 2012, four years after the attack, he had reached bottom. It was either get help or die.

He went into rehab, where he became convinced that he was the author of his own book and what he did with his life would be what he chose to do with it, whatever the obstacles. A psychiatrist opened his eyes to the fact that he did not have to be defined by what he did or had accomplished, and Campbell’s outlook began to shift.

“He was able to help me really make a break from the concept that what I had known my entire adult life was done, was in the past. There was no going back. And there’s no point in lamenting that fact. What’s done is done.”

Having cleared that mental hurdle, Campbell was finally able to see a light at the end of the tunnel and start moving with purpose and conviction toward it.

Combined with his new mental attitude, he found a more efficient pain-management program, consulting a clinical specialist and settling on methadone, a synthetic analgesic similar to morphine but without the addictive, dulling or damaging side-effects. “It gave me my life back.”

It was no small feat. Campbell’s love for the military dated from childhood. At 15, he lied about his age to get into the reserve force. He joined the regular army as soon as he was able. He ended up with 3rd Battalion, Princess Patricia’s Canadian Light Infantry. He was a soldier’s soldier: smart, savvy, reliable and fearless.

It was June 1, 2008—day four of a five-day clearance operation primarily designed to seek out and destroy bomb-manufacturing facilities in Afghanistan’s Panjwaii District, southwest of Kandahar. Campbell had four teams under his command, each assigned to a company of troops from the Afghan National Army. Four days in five, he’d be out there with them.

A Canadian platoon was among those protecting their flanks when it got into a firefight to the north. A Canadian sergeant was badly wounded and relief was required for his 30-man platoon to break contact and get him out under heavy fire.

One of Campbell’s units was the only help available. They abandoned their task and dispatched, running to the sound of the guns in what amounted to a rescue operation.

“As sometimes happens in combat, things went sideways,” said Campbell. “We stopped just short of [the mayhem] in order to get a grip on our ass-ends and make sure we didn’t run willy-nilly into a firefight.

“Where we stopped happened to be where the enemy had established a three-way ambush and we literally halted in the kill zone.”

They were down for five minutes, but inexplicably had time to set up a defensive perimeter. Why? Because, as it turned out, the enemy troops were looking for a high-value target to cross the spot where they had planted a remotely detonated bomb made of fertilizer and diesel fuel. And that target was the tall, robust guy in the sand-coloured fatigues on the other side of the wall, looking at a map, using the radio, and talking to the other soldiers: Major Mark Campbell.

“Lots of guys walked over the ground where the bomb was in the intervening five minutes or so while we were there,” he recalls. “But it was abundantly clear to anyone who was watching who was leadership in the organization.

“They waited until I walked across that same piece of dirt. I was literally standing on the bomb when they detonated it.”

“Our guys were brilliant under fire. They gave the good news right back to the bad guys because they made the mistake of letting us get set in a defensive posture.”

Four others besides Campbell were wounded, including his driver and fire-team partner, who was standing less than two metres away when the bomb went off, peppering him with penetrating dust and bone matter from the major’s left leg.

Campbell’s left leg wound was almost cauterized above the knee by the heat. His right leg, however, was partially cut off below the knee and spewing blood from a severed artery. “I knew I only had minutes to live.”

He remained conscious and lucid throughout, and called for help to apply tourniquets—two on each leg. They were excruciatingly painful.

The fast and selfless action under fire of his medic, Sergeant Martin Cote, saved Campbell. With his commander’s life ebbing away, a concussed Cote gave Campbell a shot of RescueFlow, a solution designed to restore blood pressure. It worked.

Cote would earn the Medal of Military Valour for his actions that day, Canada’s third-highest award for “conspicuous acts of valour in the face of enemy hostility.”

It took 90 minutes to evacuate the casualties, involving an hour-long running gun battle just to get them out to a helicopter landing zone.

Thus began Campbell’s odyssey to the depths of hell and back. His right leg would eventually be amputated above the knee, bit by bit, through multiple surgeries.

Donna, his wife of 27 years, stuck by him every step of the way. He’s not completely out of the woods, but he’s in a lot better place than he was five years ago.

Now 52, Campbell sees life with more perspective. He’s an advocate for veterans’ rights, serving with a minister’s policy advisory group while at the same time party to a lawsuit aimed at correcting shortcomings and inconsistencies in the veterans’ pension system.

“I wouldn’t say that I’m proud of my wounds,” he says. “I don’t wear them like a badge of honour on my sleeve like some people do. I don’t put them out there in people’s faces. I don’t try to hide them or cover them up because I can’t—there’s no hiding the fact I have no legs.”

But he says there is some comfort, however small, in knowing he lost his legs doing what he loved for a cause that he believed in.

“At the very basis of it, I lost my legs for all the right reasons. And that was going to the assistance of somebody in need. Does it make it easier? I suppose, if you sit and think on it, it does. But it doesn’t take the sting out of everyday life.”