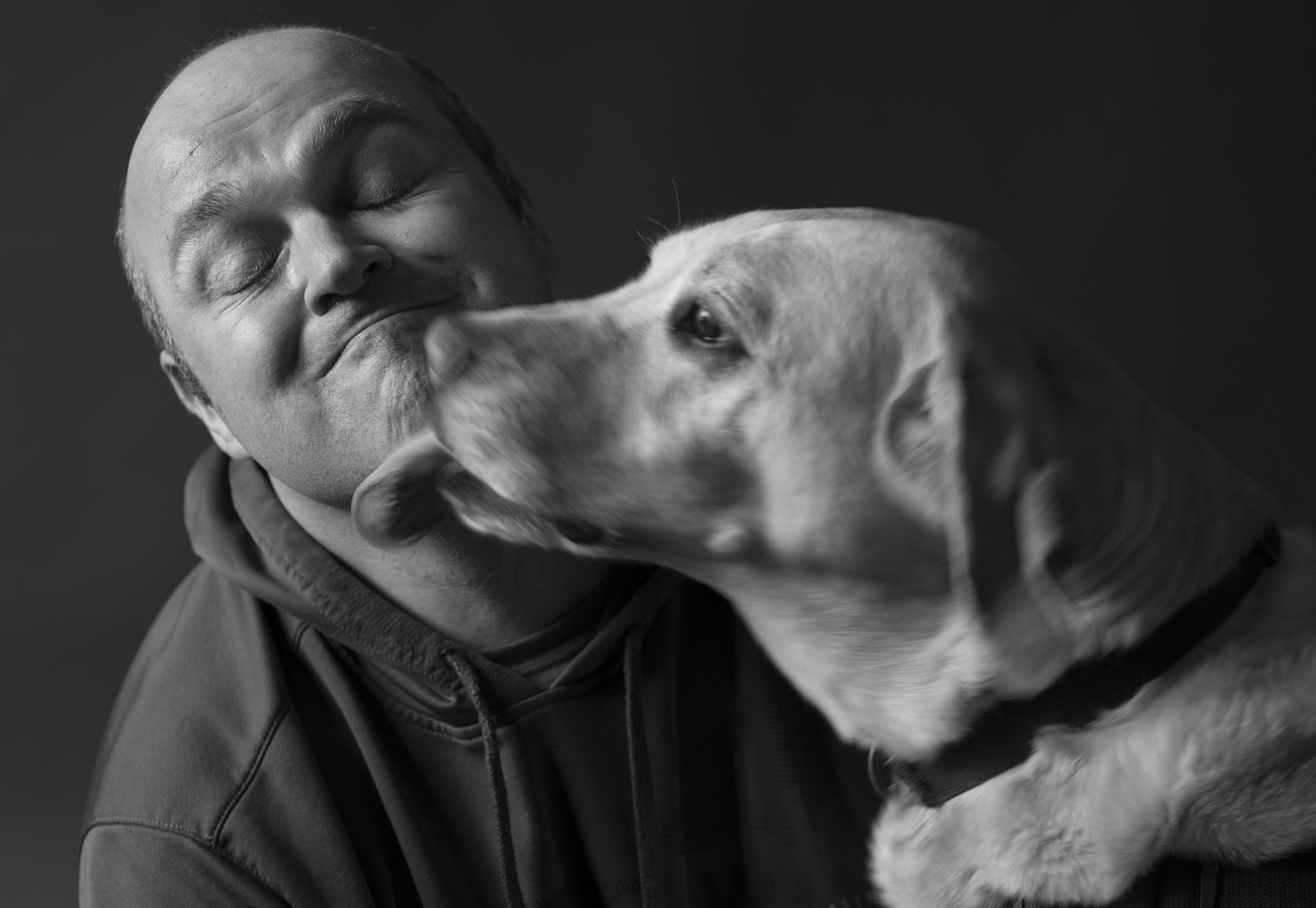 Daniel Boudreault is on medications for a host of psychological problems, largely related to his service with the Canadian military overseas. He is supported by psychologists, psychiatrists, doctors and nurses. But it’s his dog that saved his life.

Bubba is a nine-year-old golden Labrador retriever. He’s a bundle of energy with an out-of-control tail and an overactive tongue.

But put his service vest on him and it’s like somebody flipped a switch. Bubba turns into a guardian with a hyper-sensitive nose. He can anticipate by scent when Boudreault is about to have an episode, be it a flashback, a night terror, a panic attack or a fit of depression.

“He knows me better than I know me,” says Boudreau, who was a corporal in 2 Service Battalion when a secondary improvised explosive device (IED) went off while he was hooking up an armoured vehicle that had been disabled by the primary IED. 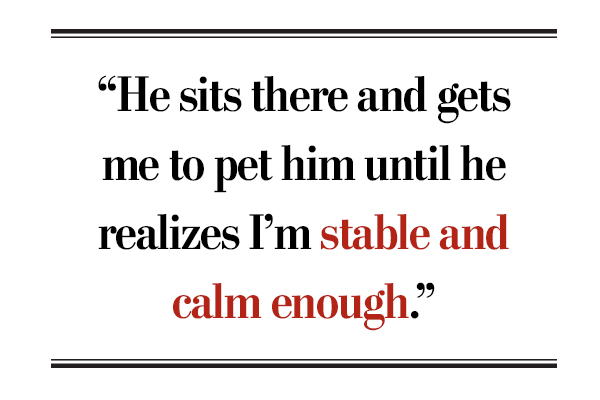 The blast drove a steel bar into his knee. That was in July 2007. Four operations later, he’s still anticipating a knee replacement, and still fighting the demons that have followed him since that day, and before.

Boudreault, a native of Shawville, Que., has post-traumatic stress disorder, which manifests itself through a combination of anxiety, depression, obsessive-compulsive disorder, insomnia, and a host of other ills that came like dominoes.

It didn’t happen all at once. It was a cumulative process, beginning when he worked his first tour in a field hospital and with an ambulance unit, then building as he collected the remains of the multiple IED blasts that marked Canada’s bloodiest year in Afghanistan. He was 26 at the time.

He and his wife Tiffany lost a child, and the devastating loss plummeted Boudreault further into the depths of darkness. He was isolated and suicidal. He was fighting alcoholism and he and Tiffany were struggling to save their marriage.

When other veterans heard of his plight, they took his dog and put him in the Canadian Veteran Service Dog Unit. Tiffany didn’t have much faith in the idea.

The trainers took him for a month. They conducted aptitude tests, behavioural tests, obedience tests and, lo and behold, Bubba passed with flying colours.

About a month after Bubba was certified as a service dog, Boudreault started having more episodes—nightmares, night terrors and sweating. Bubba immediately jumped onto the bed and wedged himself between Boudreault and his wife, nuzzling his master until Boudreault started petting him.

“He sits there and gets me to pet him until he realizes I’m stable and calm enough, and then he returns to his own little bed,” Boudreault says. “Ever since, my wife has never doubted Bubba again.”

Both born on Oct. 6, the two became inseparable. Bubba follows Boudreault everywhere: to Ottawa Senators games, on shopping excursions, on fishing trips—where he lies calmly in the bottom of the boat until the fishing is done and his vest comes off. Then he’s in the water until Boudreault can coax him out, a process that can take a half-hour or more.

They’ve been to Florida, Saskatchewan and Nova Scotia together. Bubba even has his own Air Canada and WestJet accounts that enable him to accompany Boudreault on flights. “I should’ve registered him with Air Miles,” Boudreault says.

Bubba is his alarm clock and his sleeping pill. He’s his best friend as well as guardian and playmate to his two daughters, ages 5 and 10.

“If it wasn’t for him…I probably wouldn’t be here today,” says Boudreault, who fundraises among the fishing community and beyond for service-dog training. “It was a very dark period, a very scary feeling when you’ve lost hope.

“With all the medications, you start to feel like a guinea pig. But, for me, that’s the best medicine right there. This dog is a lifesaver, absolutely. I’m sure Tiffany would agree to that now.”