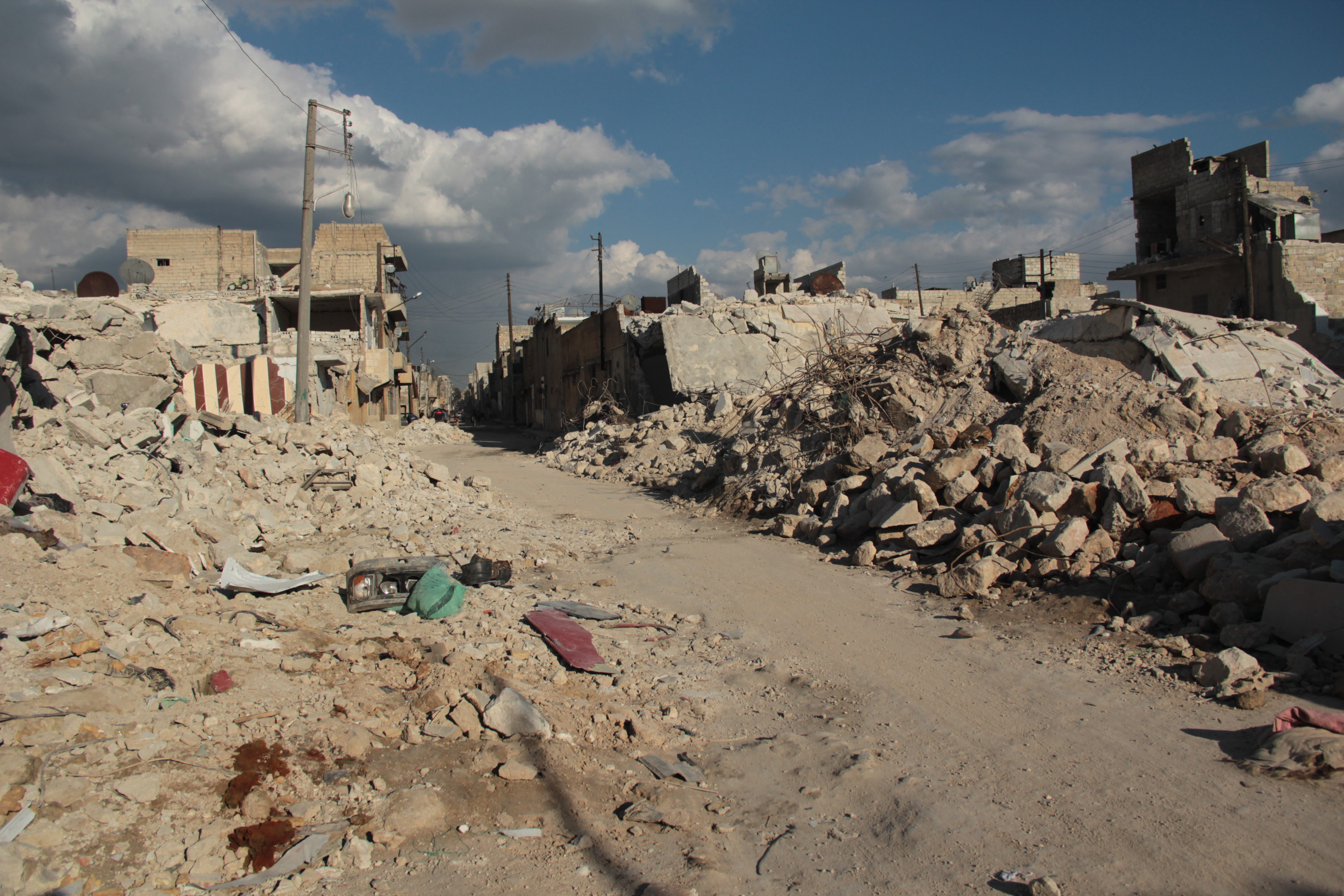 On its Global Affairs website, the Government of Canada describes the conflict in Syria as “the worst humanitarian crisis in the world today.” It quotes UN figures: 13.5 million people inside Syria in urgent need of help; more than a quarter-million dead, hundreds of thousands wounded; some five million-plus refugees.

It’s a catastrophe that is spreading by the day. Efforts to contain it are like putting the proverbial genie back in the bottle. But, bless its big heart, Canada is trying.

“To date, Canada has committed almost $1 billion in humanitarian, development and security assistance in response to the Syria crisis,” says Global Affairs.

Trouble is, Canada—and the international community—are a day late and a dollar short when it comes to responsible action in Syria and elsewhere in the region. The genie is out and what more havoc he has yet to reap is anyone’s guess.

There is no doubt Canada should contribute what it can to alleviate the refugee crisis and assist humanitarian efforts in Syria. But the need for such measures could largely have been prevented had Canada and its allies acted early and decisively to stop the excesses of Syrian President Bashar al-Assad, the rise of ISIS and the involvement of Russia.

That said, opportunities still exist to stem the tide of misery and destruction. And so, as co-ordinated efforts to defeat ISIS gain momentum, Canada needs to be there, wherever the fight may take it, for ISIS is the enemy of us all.

Arising out of peaceful anti-government protests in 2011, the Syrian conflict is no longer a civil war. It has become an insurgency involving a complex entanglement of diverse combatants whose motives and goals comprise conflicting ethnic, religious and political factors that threaten to plunge the entire region, unstable as it already is, into chaos.

Canada needs to be there,
wherever the fight may take it,
for ISIS is the enemy of us all.

Virtually all principle combatants have a common enemy: ISIS, soldiered by international fighters whose stated aim is nothing less than to rule the world. An offshoot of al-Qaida, there is no negotiating with its fanatics.

Their methods, from videotaped beheadings to enslavement to burning captives alive, are more ruthless and barbaric than al-Qaida’s. Their goals, which have nothing to do with true Islamic beliefs, are uncompromising.

Eliminate the jihadist extremists and there is surely a road to peace, albeit a bumpy one. Russian President Vladimir Putin recognized the lack of commitment among Western allies and, under the pretense of contributing to the solution, rushed to fill the void. His indiscriminate bombing has killed and injured thousands of innocent civilians while willfully undermining Western aims. He has advanced the interests of Assad, a dictator who has used chemical weapons on his own citizens.

To be part of the solution, Canada must contribute more to the fight. We are currently addressing the results of the widespread unwillingness to get involved. But you can’t claim to be a leader and humanitarian, as Canadians so proudly believe their country to be, while turning your back as a preventable tragedy unfolds.

Decisive military action will save the lives of innocent people, preserve antiquities, discourage Putin’s opportunism and help stabilize a volatile and escalating situation.

Canada’s military is far from the biggest or the best-equipped. But its troops are second to none and regularly punch well above their weight in areas of conflict.

Canada has already gotten its hands dirty in the region. While it has ended bombing sorties in Iraq and Syria, its special forces are training, advising and fighting alongside Iraqi troops in military operations against ISIS.

It can and should do more.

anada ought to withdraw the army from the Syria/Iraq theatre and stop deploying our troops in penny packets to selected trouble spots around the world. With virtually no danger anywhere near our borders, we have sent troops to fight foreign wars since the South African War of 1899 to increase our international presence, aid our allies and fulfill alliance responsibilities. When we do so, however, we ought to ensure that our military commitments—mainly our army—are large enough to make a difference to whatever campaign we are joining and that Canadian political and economic interests are served by our actions. That does not happen when we thinly spread our tiny regular force army of just under 22,000 men and women hither and yon for purposes that are far more tokenistic than substantial.

Since its election in October 2015, the Liberal government has ended Canadian participation in the air attacks against ISIS but has deployed about 600 soldiers, including special forces, to “train” Kurdish forces fighting ISIS. In addition, the government has announced that 400 Canadian soldiers will be deployed to Latvia and another 600 are expected to go to Africa. So far, that’s about 1,500 soldiers and perilously close to the 2,500 or so trigger pullers that constitute the fighting edge of our army.

During the Cold War, the bulk of our forward deployed army was represented by the 4th Canadian Mechanized Brigade Group stationed in Germany. Canada’s other three brigades were not expeditionary—they were not designed to be “mobilized” and sent abroad.

The deep budget cuts of the early 1990s eliminated the 4th Brigade while cutting the army back by about 5,000 troops. When Canada deployed troops on peacekeeping missions such as UNPROFOR to the Balkans in the early 1990s or UNOSOM to Somalia, battle groups were sent which were essentially battalions with combat engineers, communications troops and other auxiliary but necessary military occupations. All those deployments stretched the army to the breaking point.

Why…is this new government doling
out Canadian troops with a soup spoon?

When terrorists attacked the United States on Sept. 11, 2001, the Liberal government of Prime Minister Jean Chretien, with Art Eggleton as minister of national defence, stuck to the idea that it would not send small groups of Canadian soldiers as Canada’s contribution to the fight against al-Qaida and the Taliban. It was for this reason that they refused to join a British-led mission to police the Afghanistan capital of Kabul after the Taliban were pushed out later that fall. The British wanted a few hundred Canadian specialists but Ottawa would not agree. If Canada was going to join other NATO nations in the fight, we would send a large formation or none at all. Canadians wanted to take part and the government sent the 3 PPCLI Battle Group to operate under U.S. command in Kandahar province. All subsequent deployments to Kabul in 2003 and to Kandahar in 2005 were battle groups.

Why then is this new government doling out Canadian troops with a soup spoon? It is tokenism of the worst kind which will avail Canada little influence but put Canadian troops at risk. In the fight against ISIS, for example, a relative handful of Canadians are daily engaged without Canada having any international profile at all. The world is a very dangerous place these days with tragic and bloody conflicts taking place in Africa and potential full-blown wars elsewhere. Should we not, instead, prepare to make a significant contribution to NATO, rather than try to save the world with fewer soldiers than would fill a small-town hockey arena? The Canadian people and the Canadian government have a choice to make. If we are to embark on saving oppressed peoples or make war in concert with our allies in a meaningful way, let us increase our defence spending and enlarge our military—particularly the army—or stop kidding ourselves about how far our capabilities will stretch.