“Right away, I wanted a horse.” 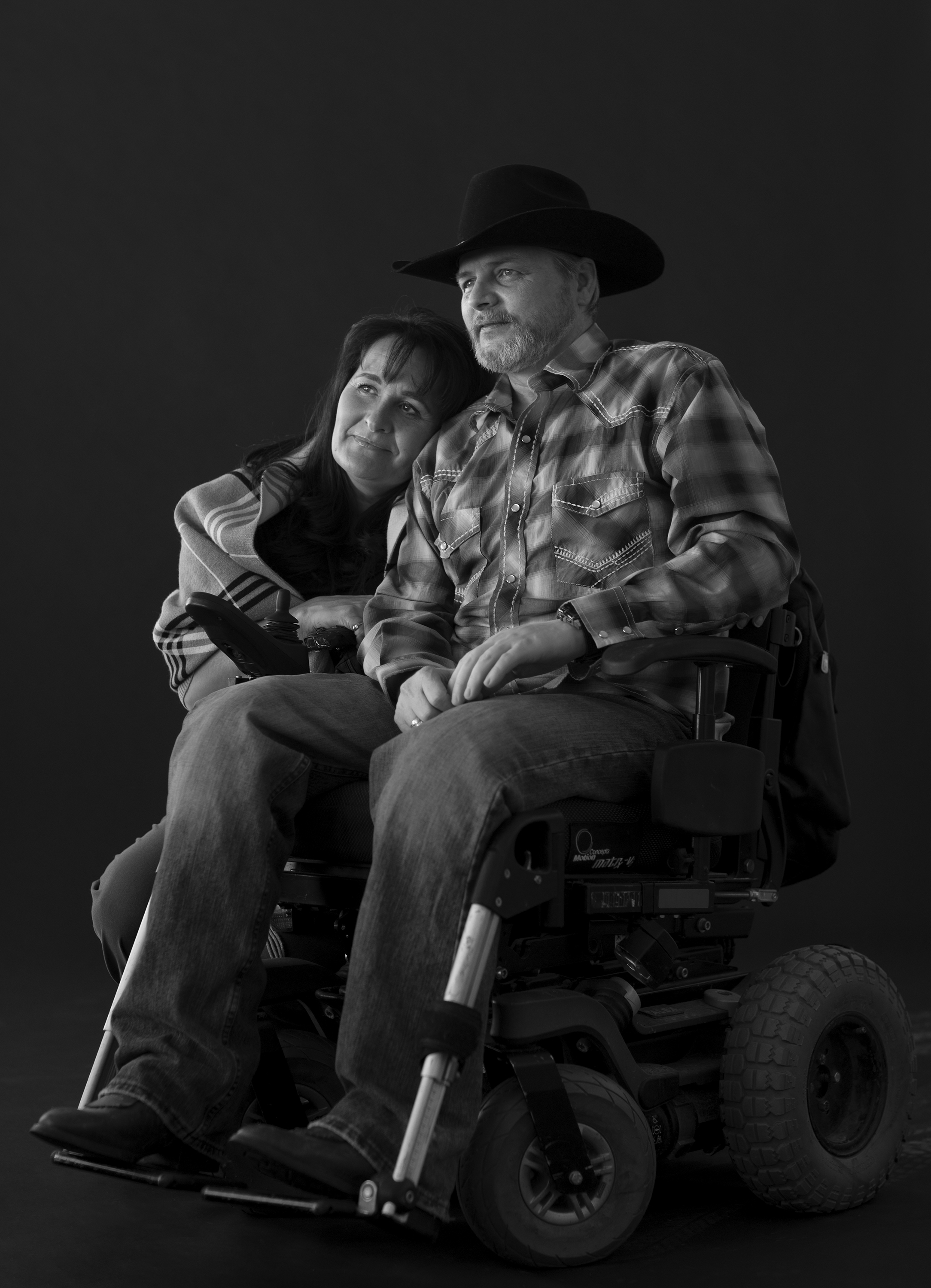 After years of sleepless nights, Billy and Tracy Kerr discovered the restorative abilities of horses

Billy was on patrol, the fifth soldier to walk through the door of a house in Panjwaii District on the western edge of Kandahar Province in southern Afghanistan. He was a corporal in the 2nd Battalion, The Irish Regiment of Canada, a militia unit attached to 1st Battalion, The Royal Canadian Regiment out of Petawawa, Ont., 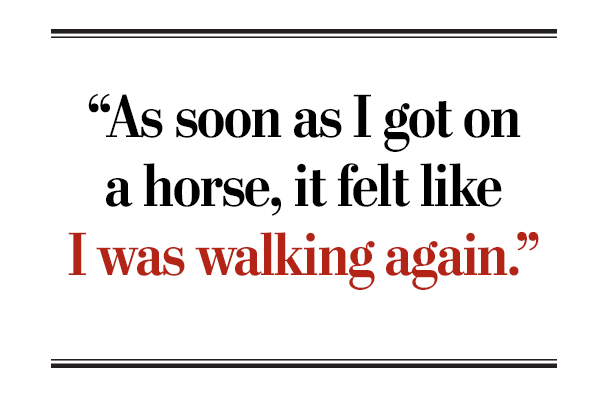 As always, Billy was careful to put his feet in the footprints of the man before him. That well-worn strategy to avoid landmines is useless, however, when your enemy is watching you and manually detonating a bomb beneath your feet.

Billy, who had promised the love of his life he wouldn’t get hurt during his seven-month deployment, was blown right back out the door. He was the only Canadian seriously wounded by the blast and subsequent firefight.

Both his legs were gone well above the knee. His left arm was severed just below the elbow. Right then and there, about 11:30 a.m. local time, Billy became the only triple amputee of Canada’s 13-year Afghan War.

Back home in Petawawa, Tracy got the news from a padre, a warrant and Billy’s commanding officer. All three paraded up the walk around noon that Wednesday, 10 hours after the incident. Tracy thought they’d come to recruit her for a fundraising drive.

“They told me a doctor would call from Germany to tell me the extent of his injuries,” Tracy recalls. “I was just asking them to tell me he’s alive.

They weren’t yet married. Tracy could have walked. Faced with less-daunting challenges, some wives and girlfriends had opted for the exit. Not Tracy. She loved her man and she would stand by him, no matter what. She flew to Germany.

She would become Billy’s nurse, cheerleader, therapist, psychologist, chief cook, mind reader and caregiver through all his ups and downs. A year later, she would become his wife.

“She’s always been supportive that way, since day one,” says Billy. “When we first met, when I first found out I was going on tour [in 2006-07], she was supportive.

“The day I got back from my first tour, I told her I wanted to go back and she wasn’t going to stop me. And she supported me.”

Her devotion cost her dearly. Through years of sleepless nights worrying about Billy and long, busy days taking care of him, Tracy had forgotten about Tracy.

Already suppressing childhood trauma, her partner’s ordeal—their ordeal, including 12 surgeries, multiple setbacks and a whole new way of life—plunged Tracy into the throes of post-traumatic stress. Six years after Billy was wounded, she ended up in hospital in full breakdown mode. It was their lowest point.

Their saving grace turned out to be horses. Billy had ridden as a child and one day during his recovery he had the opportunity to do some therapy riding.

“As soon as I got on a horse, it felt like I was walking again,” he says. “It really gave me back the sensation of your hips moving with the horse’s hips.

“Right away, I wanted a horse.”

Tracy was his facilitator, helping him on and off the horses, walking them, looking out for him. In the process, she fell in love with horses and their restorative abilities.

The couple bought five acres west of Sudbury, Ont., built a beautiful home with a barn, and Billy began researching horse breeds. He eventually decided on Tennessee walkers, a southern U.S. breed known for its calm disposition, smooth gait and sure-footedness. They ended up with three mares, including one for Tracy and a foal that arrived a week after their purchase. They also got a miniature donkey.

Billy had a custom high-backed saddle made, and the couple began exploring the world of equine therapy, starting at Can Praxis, a collaborative enterprise between a military veteran and a psychologist that uses horses to help soldiers recover from war and restore family relationships.

“It was exactly what we needed—to go out and learn about how to communicate with each other after such a traumatic experience,” says Tracy. “Learning how to work with horses helped both of us.”

“Horses feel your emotions, they really do, and Tracy’s a very emotional girl,” says Billy, father of two daughters. “So, she really bonded with the horses quickly.”

She wanted more of it. They both did. Now Tracy is studying equine therapy with an eye to giving back as much of what she has reaped from her journey as she can. The couple began inviting others to share the experience—a young amputee, an autistic child, the wife of a mine worker who had survived several near-disasters underground.

“It’s where our life wants to go,” says Billy.