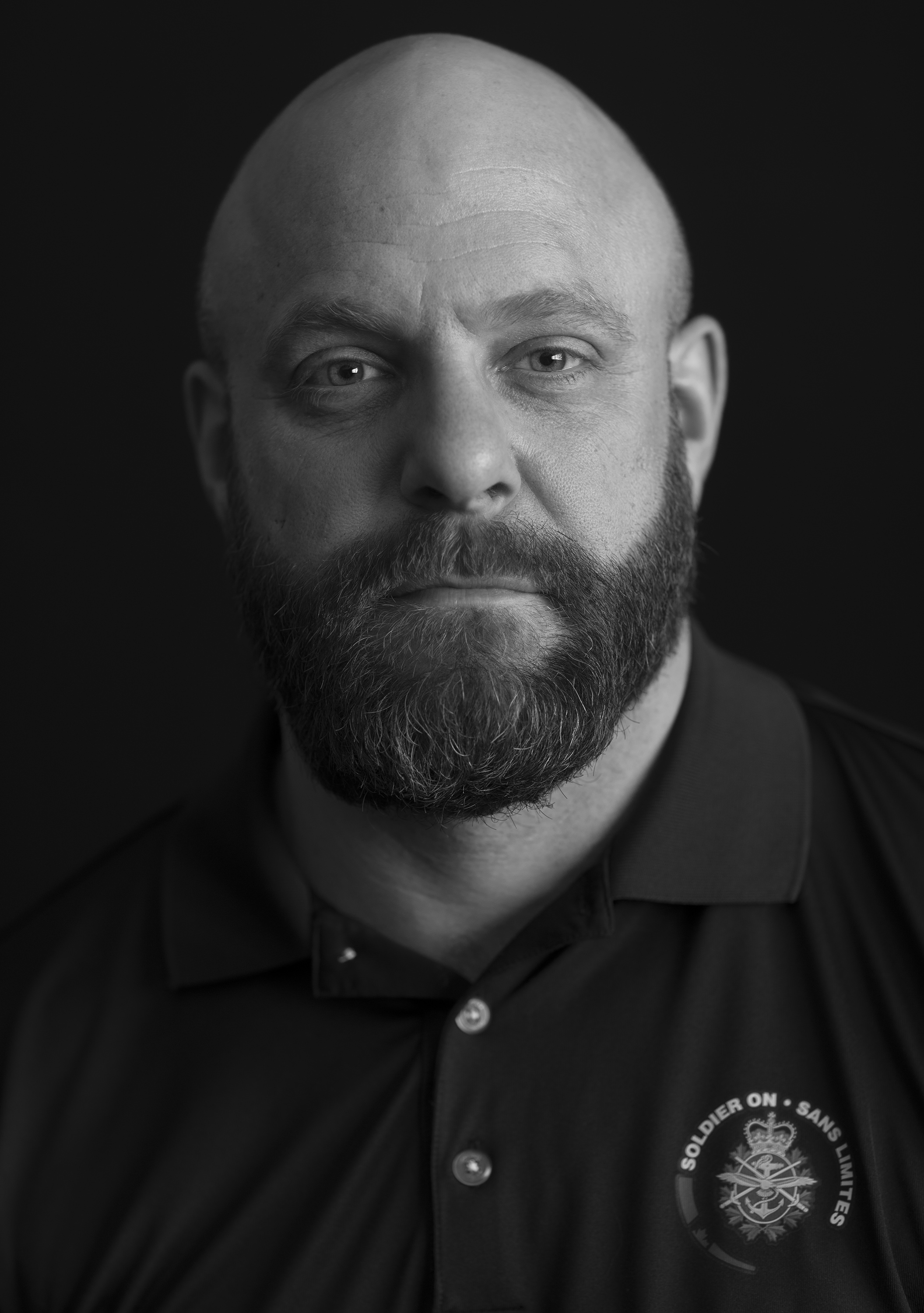 Joe Kiraly spent many years denying he had problems, but when he started working with inspiring ill and injured men and women, everything changed.

It was a routine job on a routine day aboard HMCS Calgary in the summer of 2008.

The navy frigate was conducting piracy-interdiction and counter-terrorism operations in the Indian Ocean off the horn of Africa. Joe Kiraly, then a master seaman, was part of a chain hefting supplies aboard ship when he lost his footing and his 200-plus-pound frame tumbled down a ladder onto Calgary’s steel deck.

It had happened a couple of times before—off the same ladder, from higher up—to little consequence, but this time the British Columbia native landed awkwardly and damaged his spine.

“It was the most routine of all shipboard functions—the most benign kind of circumstance you could imagine, especially when you’re on deployment in an operational theatre,” says Kiraly.

Thus began four years of denial. Kiraly launched an ongoing battle to suppress the chronic pain in his back, hip and leg, to mask his growing handicap, and to protect his all-important career.

The physical challenges developed into a psychological struggle, a spiral that ultimately landed him four years after the accident on the stern of HMCS Algonquin, contemplating a final plunge into the Pacific Ocean.

“I was more afraid than anything,” says Kiraly, 41, now a petty officer 1st class. “It’s the same old story—people don’t want to reach out for help because they fear it’s going to mean the end of their career.

“I was at the stepping-off point for career advancement. I didn’t want to let anything slow me down.”

Sure, he received physiotherapy, acupuncture, pain-relief injections, massage therapy and chiropractic manipulation—everything short of an invasive procedure, which could end his career. He continued working, volunteering for every opportunity.

There was also the matter of war wounded and those killed in action. “Watching the news about so many of our finest not able to return home from their operational experiences made me feel guilty about my injuries,” he said. “I always thought that something more heroic was in store for me. I knew I was broken; I just didn’t know I needed help.”

So, he sucked it up, oblivious to the encroaching consequences, both physical and mental.

“Before I knew it, I was pushing people away and isolating myself from them and the things I once loved. I was divorced and found myself becoming increasingly reckless, and, ultimately, suicidal,” he says. “I don’t know how it crept up on me, but I let it go unchecked and it got worse and worse and worse until I hit bottom.”

Finally, returning from exercises in the Pacific, Kiraly pondered a month-long deployment, much of which he spent performing his duties hunched over because he couldn’t straighten his back.

“I was conducting my petty-officer-of-the-watch rounds and I found myself on the stern, looking out over the waves as I would normally, admiring the view. But this time, I was completely at odds with myself and trying to figure out how I wasn’t going to jump.”

He’d had suicidal thoughts before but managed to suppress them. This was the first time he seriously considered acting on them. It wouldn’t be the last.

“Finally, I realized I’d spent my career taking care of people and perhaps it was time I put my hand up for help.”

He started talking to a mental-health professional, and shortly after a career opportunity came up at Soldier On, a Canadian Armed Forces program that supports serving members and veterans as they confront and overcome physical or mental-health illnesses and injuries through physical activity and sport.

“It was the biggest gift I could have ever asked for,” says Kiraly. “Coming to work for this program, surrounded by people who have ‘been there, done that, got the t-shirt’ has been an incredible source of strength and inspiration.

“I realized I was paying lip service for a large portion of my career. I was telling everyone it was okay to ask for help, but when it came time for me, I refused it. I was buying into the stigma about weakness and shame. But after starting work with Soldier On, I met some inspiring ill and injured men and women, and as these heroes were tough enough to ask for help, I finally allowed myself to feel okay about getting help myself. That was when guilt started turning into something more positive.”

He got the help, met a wonderful woman, married her, and talks “as much to her as I talk to myself.”

“It’s a really healthy relationship based on honesty, no judgement and no stigma,” he says. “Life is good again. It’s amazing. My physical health is worse than it’s ever been and my career will be over at some point, but I’ve started to accept it. I’m over the initial anger and denial.

“If it wasn’t for an amazing level of support from my chain of command, Veterans Affairs Canada, and especially my wife, I don’t know where I’d be today.”

PrevPrevious Article“Right away, I wanted a horse.”
Next Article“She’s seen me at my worst, and she was okay with that”Next