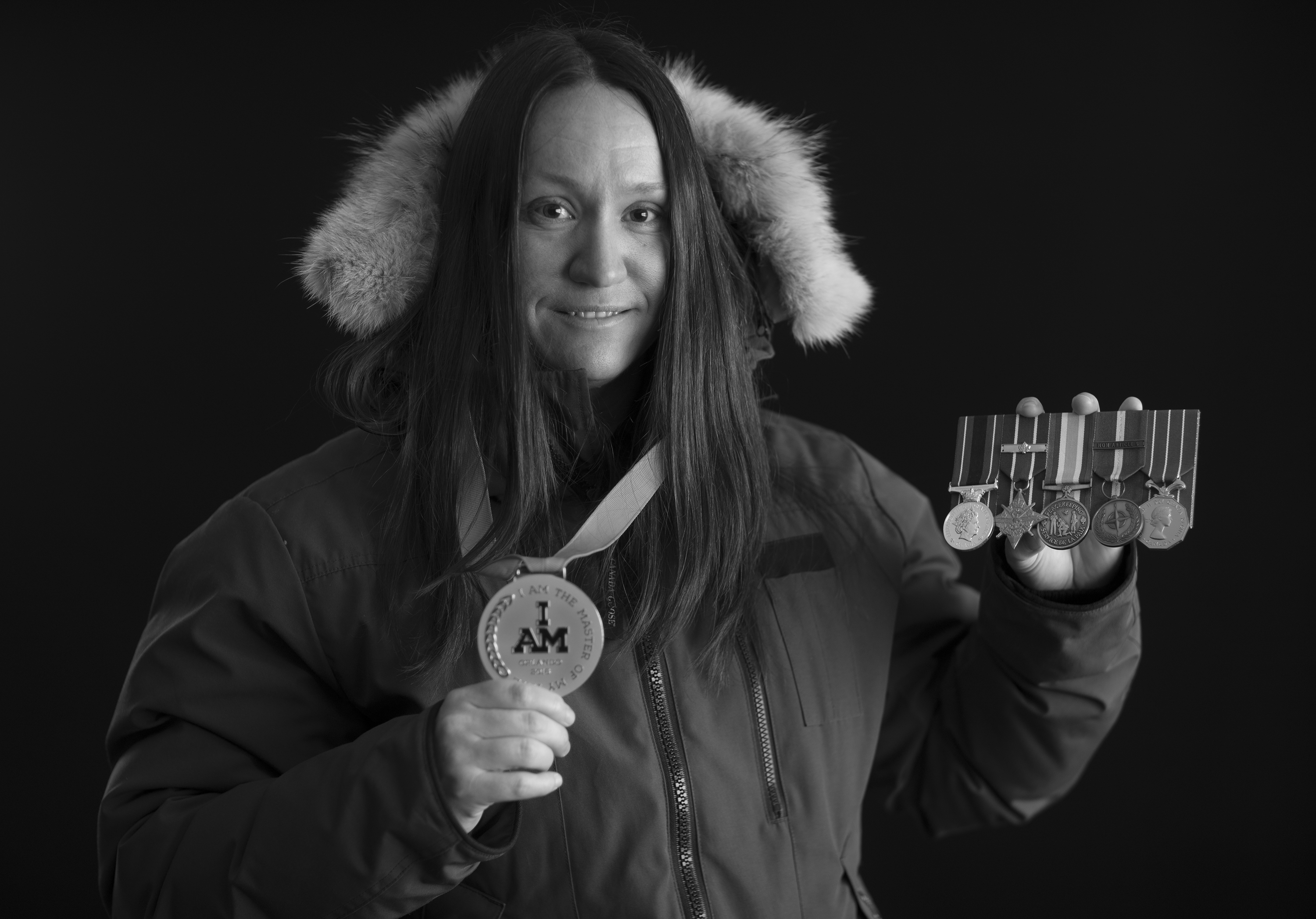 Master Corporal Natacha Dupuis was on a routine clearing operation in Afghanistan’s Shah Wali Kot district when a roadside bomb took out the Coyote reconnaissance vehicle behind her.

Even before they could respond, Dupuis—a driver, gunner and surveillance operator—and her crew in the Royal Canadian Dragoons from Garrison Petawawa in Ontario, feared the worst.

As soon as the ramp of her unit opened, they could see the 14.5-tonne armoured vehicle was lying upside down, completely destroyed. The carnage was overwhelming.

Of the vehicle’s five-person crew, troopers Jack Bouthillier, 20, of Hearst, Ont., and Corey Hayes, 22, of Ripples, N.B., were dead.

“At that point, I remember, it was too much,” recalls Dupuis, who was on her second tour in Afghanistan. “I had to stop one second and think: ‘Okay, Natacha, don’t freak out. Think training.’ Because it was horrible.

“Then I saw movement a bit farther away. The crew commander and the gunner were there and they were badly injured. There was also a medic in that vehicle who was injured, but I guess the adrenaline had him up and he was helping.”

They attended to the wounded, got them on stretchers and down off the hill where the incident occurred. A helicopter picked them up and took them to the base hospital. Then Dupuis and the others went about the grim task of collecting the dead.

It was all over in less than half an hour. The quick-reaction force moved in and Dupuis and her crew were evacuated. As soon as it ended, Dupuis vomited.

“It was indescribably chaotic,” she says. “Those images, they’re stuck in my head forever. I dream about it. I still have, sometimes, flashbacks.

“It was the worst 20 minutes of my life. And they’re minutes that are still present, at times. It left scars, of course.”

She didn’t sleep for three nights. On the fourth day, she fell apart. She was assigned a psychiatrist and given medication to help her sleep. That was only the beginning. Dupuis had post-traumatic stress disorder.

She finished her tour, repeatedly talking herself out of the urge to quit, hiding when she needed to cry, surviving on the stress and adrenaline that were the hallmarks of her trade.

Rather than relief, however, her return to Canada at her tour’s end only led to emotional collapse and years of escalating anguish and psychological torment.

“I completely fell apart. I felt like I’d died inside. I was unable to laugh or even smile. I didn’t laugh for a few years. It was a really long process, the ongoing recovery. I was unable to take care of myself. Making myself toast was too much.”

Beset by flashbacks and panic attacks so intense that she’d pass out, she went on sick leave. She underwent six years of counselling—psychiatrists, psychologists, social workers, addictions counsellors, a padre. Her recovery was “a full-time job.”

She was in therapy for six years. She left the Forces on a medical release in 2014 and began a return-to-work program, finishing her high school before her release, then taking a two-year diploma in security management after.

“I feel very fortunate that I had all those resources,” she says. “They made a big difference, with time. I learned how to cope. Now I have tools. I am stabilized. I am still medicated for my PTSD—way less, though. I’m functional.”

Dupuis got back into sports, a lifelong love that had fallen by the wayside during her struggles. She joined Soldier On, a Forces program that supports serving members and veterans as they confront and overcome physical or mental-health illnesses and injuries through physical activity and sport.

Last year, the now-office administrator won two gold medals in track-and-field (100 metres and 200 metres) at the 2016 Invictus Games in Orlando, Fla., along with a bronze in heavy-weight powerlifting (benchpress).

At 37, she’s co-captain of Canada’s 2017 Invictus Games team and will compete in track and field and rowing in Toronto this fall. She says she’s in the best physical shape ever and has regained control of her life.

“Soldier On has really been a life-changing experience,” she says. “I was inspired by other injured, and that’s when I changed my way of thinking, of dealing with my injury.

“I was looking for ways to use it, to actually make a purpose of that [incident], and give reason to their deaths. So now I try to put my experience and what I went through to good use, into something positive by trying to help others and raising awareness around mental health.”