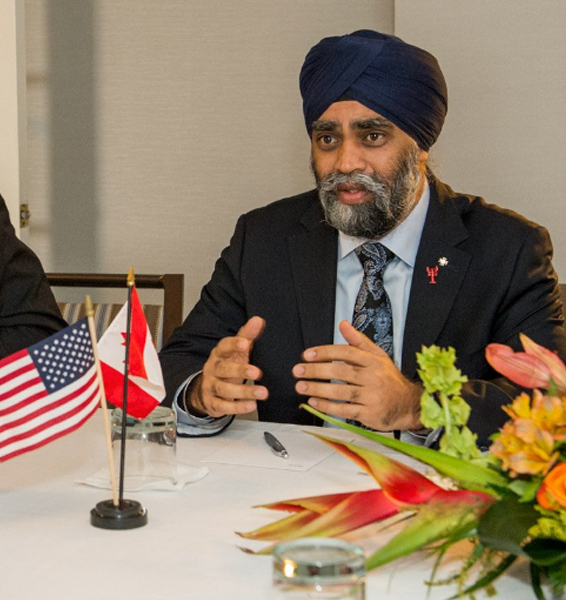 Defence Minister Harjit Sajjan in discussion with American colleagues at the Embassy of Canada in Washington in November 2016.
Twitter
The survival of the North Atlantic Treaty Organization is not in question, Canada’s defence minister suggested Feb. 1, nor is American involvement in the 68-year-old defence pact.

“I’m confident that the importance of NATO involves all of the member states,” saod Sajjan. “I think the focus of the discussion will be: how do we make NATO even better? That’s something that we’ve always been striving for.”

Trump has called some NATO members “freeloaders.” Last month, he told the German daily Bild and The London Times that the 28-member alliance is “obsolete” and the arrangement is unfair to the United States.

Only five NATO members met the group’s defence-spending standard of two per cent of GDP last year – Greece, Estonia, Poland, the U.K. and the U.S. NATO ranks Canada at 23rd, spending an estimated 0.99 per cent of GDP on defence in 2016.

While confirming Canada will increase its military spending following a near-completed defence review, Sajjan said that money alone is not a reliable indicator of the contributions a member makes to the organization. Canada, he said, is NATO’s sixth – largest financial contributor and hits well above its weight in terms of participation.

“It’s kind of an overall, general metric that if you spend money on defence, you’re going to be doing more,” the minister said. “At the end of the day, you can spend all the money you want on your military, if your output is not there for supporting NATO roles well, guess what, you’re really not providing any legitimate support.”

“We believe in multilateralism,” said Sajjan.
“We were one of the co-founders of NATO and
we will be playing a significant role.”

Among other contributions, Canada is leading a NATO mission in Latvia, where it has committed 450 troops along with light-armoured vehicles and other military equipment as part of an effort to deter Russian aggression in Eastern Europe. 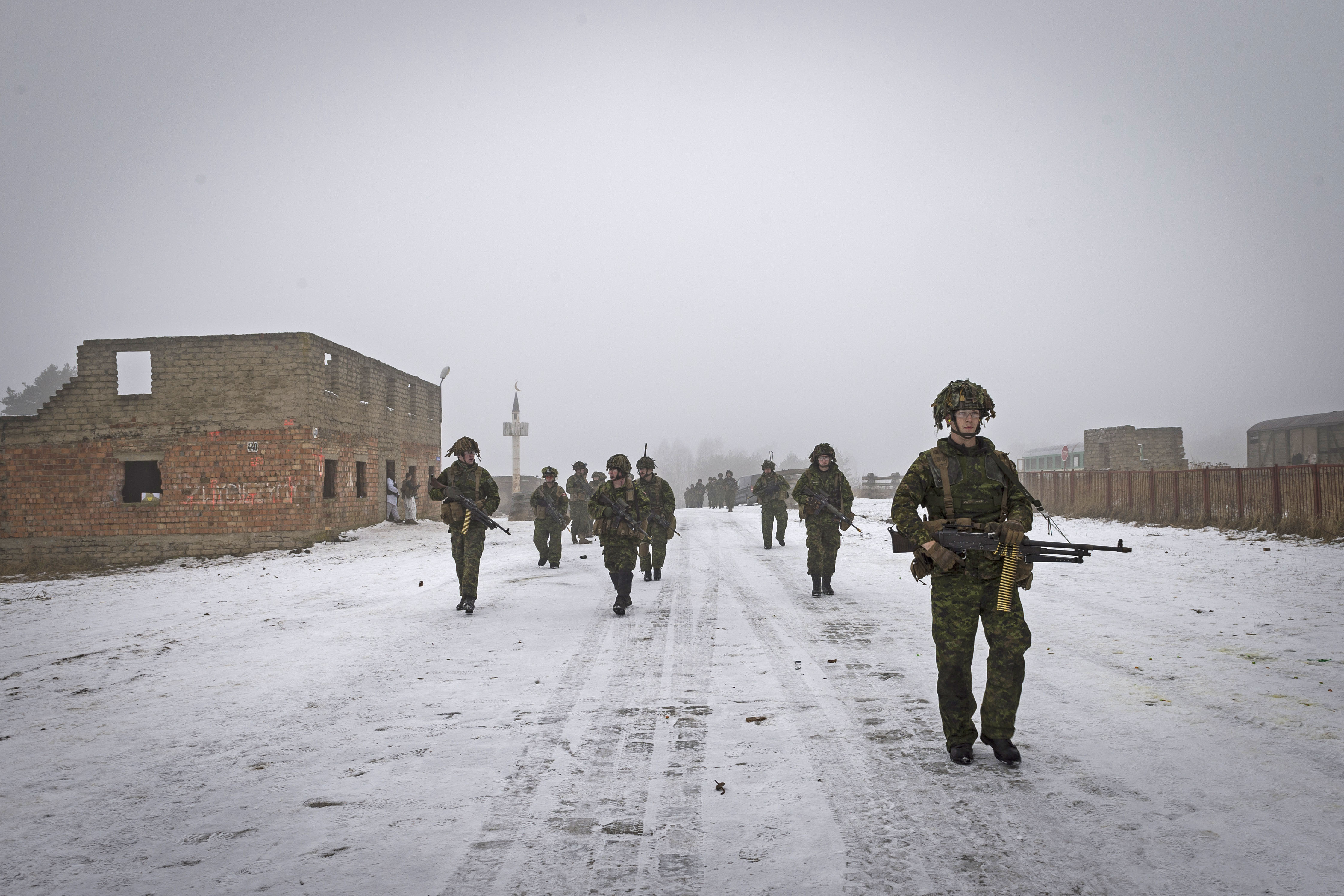 Photo: Cpl Jay Ekin, Operation REASSURANCE Land Task Force Imagery Technician
RP006-2017-0006-001
“We believe in multilateralism,” said Sajjan. “We were one of the cofounders of NATO and we will be playing a significant role.

“NATO plays a critical role in the wider peace and security, not just for Europe but in the rest of the world, from capacity-building to deterrence.”

Mattis, who served as NATO’s supreme allied commander for transformation, has no qualms about expressing his opinion, even if it conflicts with that of his boss. He said last spring “for a sitting U.S. president to see our allies as freeloaders is nuts.”

Sajjan said his Liberal government’s defence policy review is completed and in the final stages of approval. It will be released later this spring.

“The military needs more investment and that’s what we’ve committed to do,” he said. “The investment that we will be putting into defence is going to be directly linked to the output that we’re doing.

“This will not be a laundry list of equipment. This will be an actual, real defence policy based on capabilities that allow us to then figure out what do we need – the size, the structure, and the new capabilities that we need to get.”

This is the first of two articles based on an interview with Defence Minister Harjit Sajjan.
Next week: Peacekeeping.