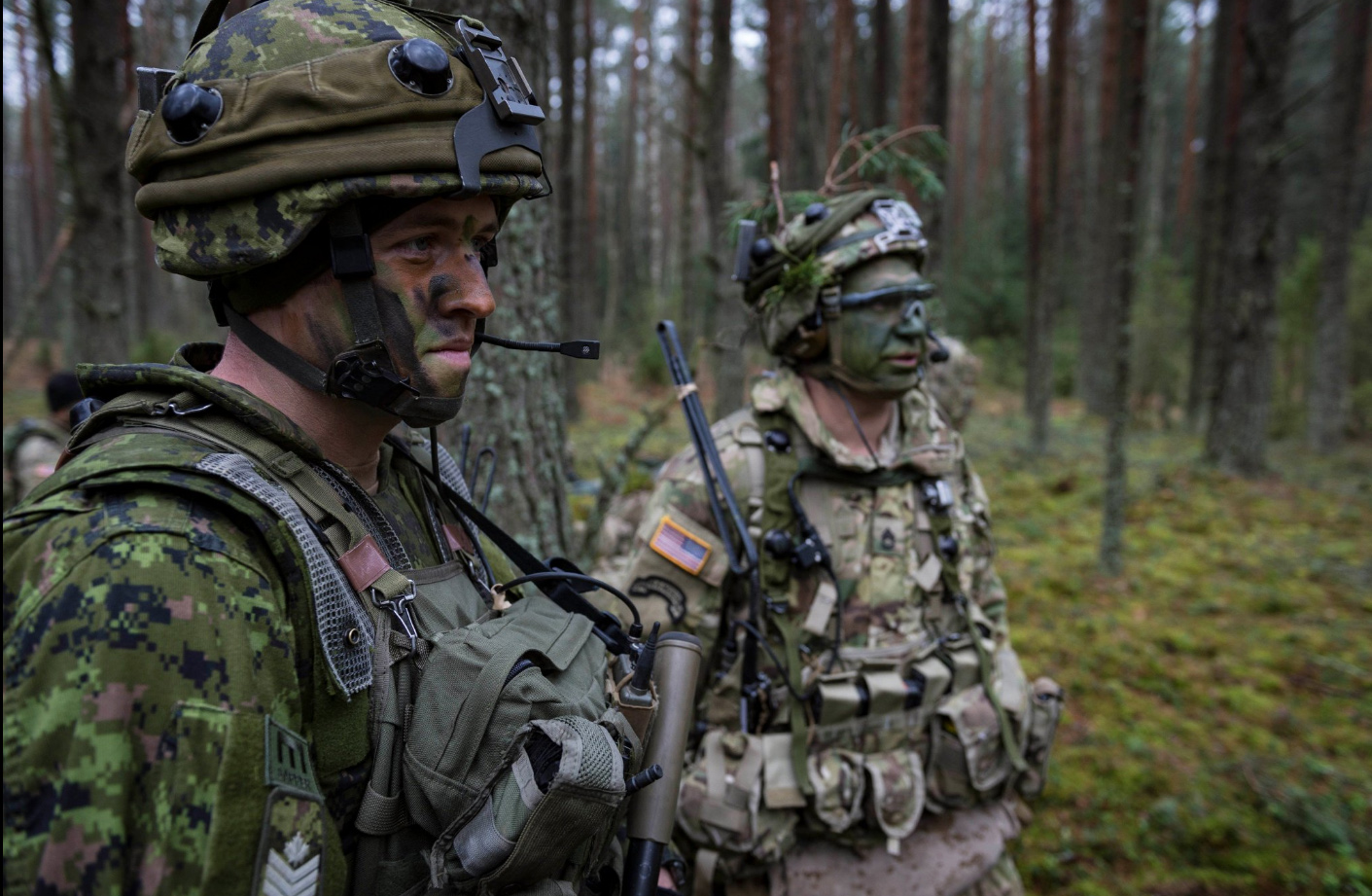 Canadian and American soldiers in drills during the NATO training exercise Iron Sword 2016, supporting Lithuanian forces near the border with Russia.
Combat Camera
They didn’t get much attention in the headlines, but defence issues constituted a significant proportion of talks during the first meeting between Prime Minister Justin Trudeau and U.S. President Donald Trump on Monday, Feb. 13.

Between references to economic policy, women’s issues and border security, Trudeau and his U.S. counterpart reaffirmed key defence alliances in a joint statement issued after a day of talks.

The comments should help ease fears surrounding the future of institutions such as the North American Aerospace Defence Command (Norad) and the North Atlantic Treaty Organization (NATO).

“We are indispensable allies in the defence of North America and other parts of the world, through NATO and other multilateral efforts,” said the statement.

Norad “illustrates the strength of our mutual commitment,” it said. “We will work to modernize and broaden our Norad partnership in these key domains.”

Trump has been an outspoken critic of “freeloaders” in NATO, calling the arrangement antiquated. Canada ranks 23rd among 28 NATO countries in military spending as a percentage of GDP, though it ranks sixth in financial contributions to the alliance.

The U.S. president opened a news conference by lauding the collective defence efforts of the two countries, from the First World War to the present day, in which Canada is contributing trainers and logistics to the fighting in Iraq.

Almost half the 1,100-word statement was devoted to defence and security issues, including Canada’s role in providing trainers and logistics in Eastern Europe and the war against ISIS, also known as Daesh. Last spring, Trudeau made good on a 2015 election promise to withdraw Canadian fighter-bombers from the mission in Iraq and Syria, shoring up the country’s logistical role instead.

“The United States values Canada’s military contributions, including in the Global Coalition Against Daesh, and in Latvia,” said the statement. “Together, we are harnessing all elements of national power to achieve the goal of degrading and destroying Daesh.”

The statement said the Americans welcome Canada’s efforts to replace its aging CF-18s and explore an interim solution to its air defence needs in the form of 18 Super Hornets.

While acknowledging their differences, the two leaders nevertheless focused on what they described as common security goals.