Today, Legion Magazine released Military Moments: Japanese Canadian Internment, narrated by David Suzuki. To remember the 75th Anniversary of Japanese-Canadian Internment, Legion Magazine and David Suzuki tell the story of the injustices and atrocities done towards Japanese-Canadians during the Second World War, by the very country they call home.

In December 1941, there were 22,000 Japanese-Canadians living in British Columbia. There has been anti-Asian racism for decades but after the attack on Pearl Harbor, 75 years ago, Japanese-Canadians were now viewed by many as enemies. Japanese Canadians were told to pack a single suitcase and were taken to livestock barns and eventually to camps in the B.C. interior. In 1943, their property was seized and sold off by the government without the owners consent. Yukiharu Mizuyabu is quoted in this video as saying, “We were forced to pay for our own imprisonment out of our pockets, a requirement not even imposed on hardened criminals.” Yukiharu has since passed away, but like thousands of other Japanese Canadians who suffered internment, the pain of internment stayed with him for his entire life. A sentiment that is perhaps, best expressed by Yukiharu’s son Edwin:

A Son’s Tribute to his Father

Growing up, these are the thoughts that my father reiterated to us because of his childhood experiences during the Japanese Canadian internment period:

” The bastards took everything. The fishing boat my father used to make a living. The house he worked so hard to finally own. ” (At the dinner table, my father, Yuki, often shared current news of injustices around the world. He spent the rest of his life trying to enlighten our family and others with conversations not only about the sufferings of Japanese Canadians, but of groups such as the Ethiopians, the Kurds, our First Nation people, black slaves, and the Jews. )

” In school, before the war, I was always at the top of the class. I had to stop once we were interned because I suddenly became the household patriarch, interpreter, provider. I was 12. I lost my right to an education and a normal childhood.”( At age 65, after providing for the needs of his four children, Yuki went to university to obtain a degree.)

” There are people in Ethiopia who are starving.” ( My father would say this anytime we tried to throw out food from our dinner plates. Although it was what most parents said back then, he went further to explain how during the internment, when his family was basically paying for their own imprisonment, the $75 a month given by their captors just wasn’t enough to feed a family of eight. Yuki and other kids made fishing hooks out of pins or scraps. With branches and strings, they made rods. His father had been a commercial fisherman and so Yuki used his skills to catch small trout from Lemon Creek.)

The most important value that my father has passed on to me is the need to give to those who are less fortunate.

Because of his enduring bitterness towards his captors, he was never able to live in complete peace. He died with hatred towards them even after being an instrumental player in the success of the redress movement.  Mackenzie King’s government accomplished their mission of hate by locking away the futures of thousands of Canadians within some of the most isolating wilderness in British Columbia.

My father had a love for Canada’s ideals and a hatred for its injustices.

For more information on this subject, check our Legion Magazine’s newly released special interest publication Battle of the Pacific. 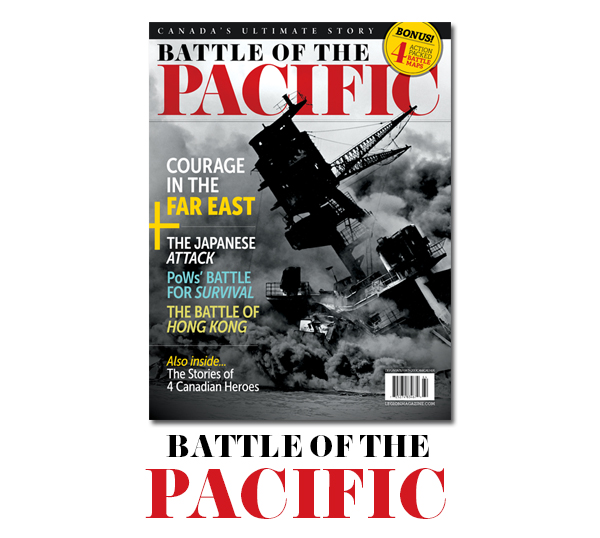