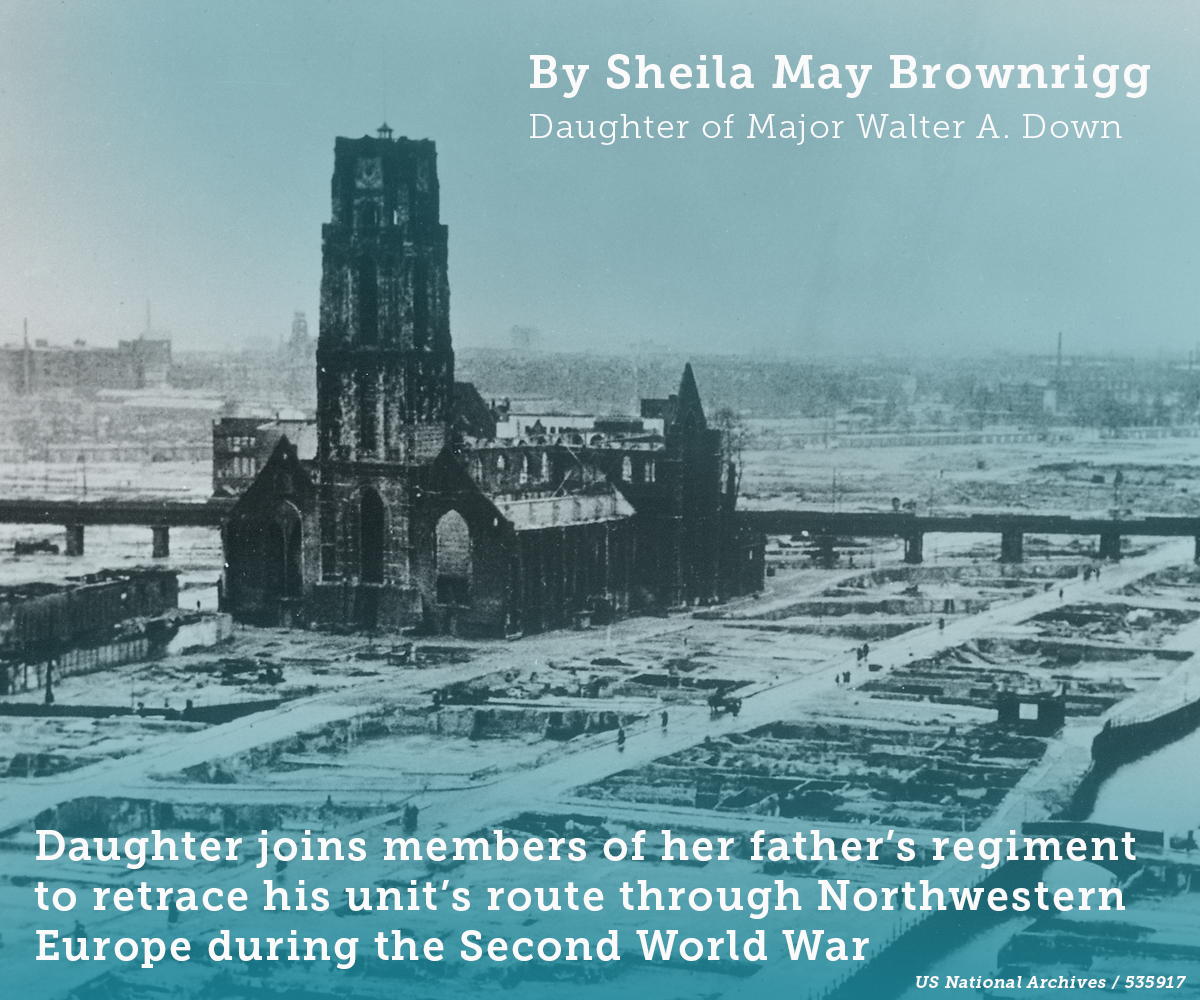 At the first strains of the anthem, backs straightened and shoulders squared. For a few brief minutes the white hair and canes were forgotten and eyes shone bright with dignity and pride. This was Holland, 1995, and these were the Canadian veterans who gave their youth and innocence without reservation. I am a daughter of one such man, and as I stood humbly beside these men, I felt honoured to be part of the fibre of this regiment, the Princess Louise Dragoon Guards.

I was part of a tour organized by members of the Princess Louise Dragoon Guards to commemorate the 50th anniversary of the end of the war. On the way to Rotterdam, we’d stopped at Hastings, on the south coast of England, where the regiment was billeted until they were sent into active combat. I was delighted to see the Canadian flag waving from the masts of the many fishing boats along the shore. I walked down to the shore and thanked the fishermen for the support they had given us during the “Turbot War.” They said, “You were with us when we needed you, twice in fact, so it’s the least we can do.”

Initially, the regiment had been in Italy, and at the end of their tour there were sent to Marseilles, France, to start the arduous trek to Rotterdam. During this time, they liberated the Belgian towns of Zulte and Olsene. We followed that route and the townspeople waited for our bus, tears in their eyes as they greeted the Canadians. The official ceremonies included the presentation of a Medal of Remembrance for the veterans. My mother was given one in memory of my father, presented by the bergermeister.

Then on to Rotterdam, a huge city with a heart to match. It was to be a week of experiences that none of us will ever forget and will pass on to our children and grandchildren as the Dutch people have done with their families. I had always known that there was a special bond between our peoples, but I hadn’t fathomed the depth of it.

The bombing of Rotterdam resulted in the city being reduced to literally rubble. Only three significant buildings stood when it was over. One of these was the church of St. Laurenskerk. The people of Rotterdam did without other reconstruction in order to rebuild their cathedral. They felt it was
the soul of their city and only when it was restored could life resume again. Following an evening service in this magnificent and historic church, we participated in the annual “Silent Walk” to the monument of the Jewish victims of Rotterdam. As we walked through the city, a route which was about 30 minutes long, we were aware that most of the buildings in this major world city were only 50 years old, younger than most of us.

In the morning, we traveled to small villages then re-entered Rotterdam following the routes the members of the regiment had taken on their way into the city in 1944. A mammoth project had resulted in the collection and rebuilding of old Second World War trucks and personnel carriers. The veterans rode in the restored vehicles, draped with Canadian flags, and the dependents followed in buses. As we wound our way back into the main part of Rotterdam, the people were out in the thousands.

I expected the crowds to drift away after the veterans had passed but they stayed until the end and cheered until the last vehicle was out of sight. Seniors from nursing homes were brought out in their beds and wheelchairs to the sidewalk to welcome us, and young couples proudly held up their children so that we might see the next Dutch generation. A jeep flying the Stars and Stripes broke down and we all enjoyed the sight of the Maple Leaf giving it a tow!

I went to a service at Groesbeek Canadian War Cemetery, not far from the German border—row upon row of gravestones for our brave, young, oh so young, Canadians. Their names read like a geography lesson of our country, truly from sea to sea. People spoke to one another as if members of one large family, sharing their grief and memories. A woman told me how she had just found her husband’s grave after 50 years. One white-haired old gentleman with tears in his eyes touched my hand as I walked past and told me that the marker there was for his best friend. I could only press my hand to his hunched shoulders. I didn’t have the courage to speak. 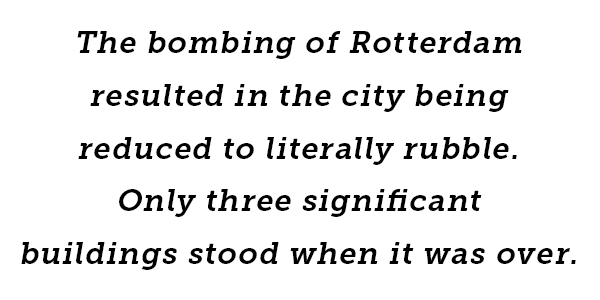 I met members of the Resistance Force, most of whom were not much more than children at the time. They told stories of harrowing deeds, which included everything from hiding Jewish babies from the SS, to carrying ammunition and messages on their way to school. I had my own war memories: Lorne Greene reading the lists of dead and missing at the end of the evening news and my singing so that if Dad’s name was read I wouldn’t hear it. Ration cards—lining up to get a pound of butter or other luxuries that the grocery store had managed to get and my mother and grandparents sending parcels to Dutch and English families and relatives. Until I was 17 or 18, I had a recurring nightmare of being chased through the woods by Panzer tanks, (not very good terrain for tanks, but what does a dream know). I was one of the fortunate ones—my dad came back.

Remembrance Day has always been and will always be treated with reverence in our family. Sometimes we attend special services and other years we just sit quietly and watch the ceremonies on Parliament Hill and remember. The memories will be sharper and dearer because for one short week we had our dad with us again.