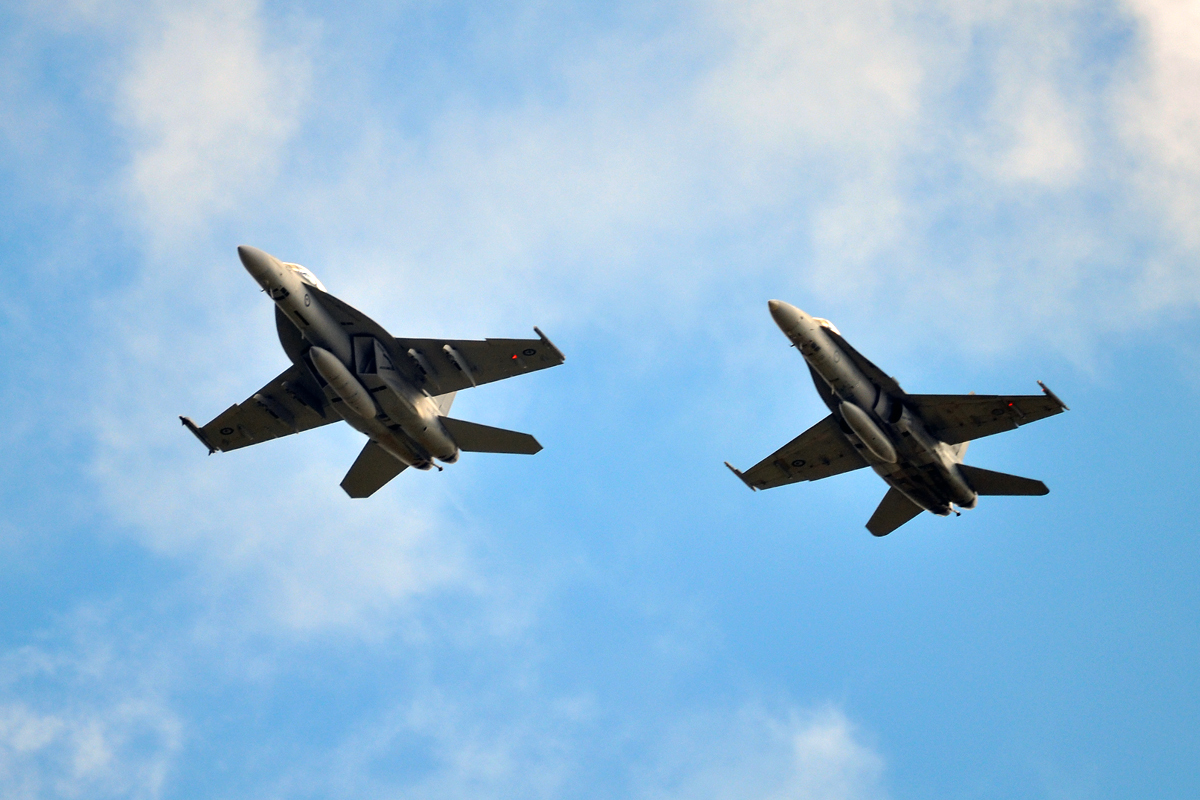 In May 2007, the Australian Government signed a contract to acquire 24 F/A-18Fs for the Royal Australian Air Force (RAAF), at a cost of CDN $83 million each, as an interim replacement of their fleet.

A decision to purchase 18 Super Hornet fighter jets as an interim measure until a permanent option is found could cost Canadian taxpayers more than $1.2 billion, according to the government’s own estimates.

Defence Minister Harjit Sajjan announced Nov. 22 that Ottawa will enter talks with Boeing and the U.S. government over the use of the next-generation FA-18 jets for an “interim period,” depending on cost, capability and economic value.

“Having to manage our commitments to Norad, NATO and our ability to respond to unforeseen events is not a risk this government is willing to accept,” said Sajjan. “The interim fleet provides the most effective way forward to help ensure Canada remains a credible and dependable ally.”

Prime Minister Justin Trudeau said during the 2015 election campaign that a Liberal government would not follow through with its Conservative predecessor’s commitment to purchase the controversial Lockheed Martin F-35 stealth fighter.

The F-35 option, however, has not been taken off the table. Sajjan said Canada will remain a member of the multinational Joint Strike Fighter program, which includes ongoing economic and industrial benefits whose futures are contingent on purchase. Canada has invested over $300 million in the program since 1997.

Staying in, said a government statement, “will allow Canada to maximize benefits of the partnership and gives Canada the option to buy the aircraft through the program should the F-35 be successful in the competitive process.”

The F-35 program has been plagued by delays and cost overruns. During the election campaign, the Liberals declared the F-35s would cost $175 million apiece while they could pay $65 million for the Super Hornet, not including training or spare parts. They said they would change the jets’ requirements, placing less emphasis on first-strike stealth capabilities and more on continental defence.

Others have opted for Super Hornets. Australia bought 24 at about CDN$83 million each. But the idea of an interim purchase has in the past been criticized by experts and the CAF research branch as prohibitively expensive, requiring its own training, infrastructure and support.

Meanwhile, maintaining and upgrading the existing CF-18 fleet, even with a supplemental aircraft, could exceed half a billion dollars. The aircraft are more than 30 years old and have been reduced to 77 from 138, not enough to meet commitments, Sajjan said.