A new medal for volunteers has been approved by the Queen and become part of the Canadian Honours System. Governor General David Johnston presided over the inaugural presentation of the Sovereign’s Medal for Volunteers at Rideau Hall in Ottawa on April 12.

“You represent our values and the kind of country we want to live in and that we want our kids and grandkids to live in,” said Johnston in presenting the medal to 55 recipients. 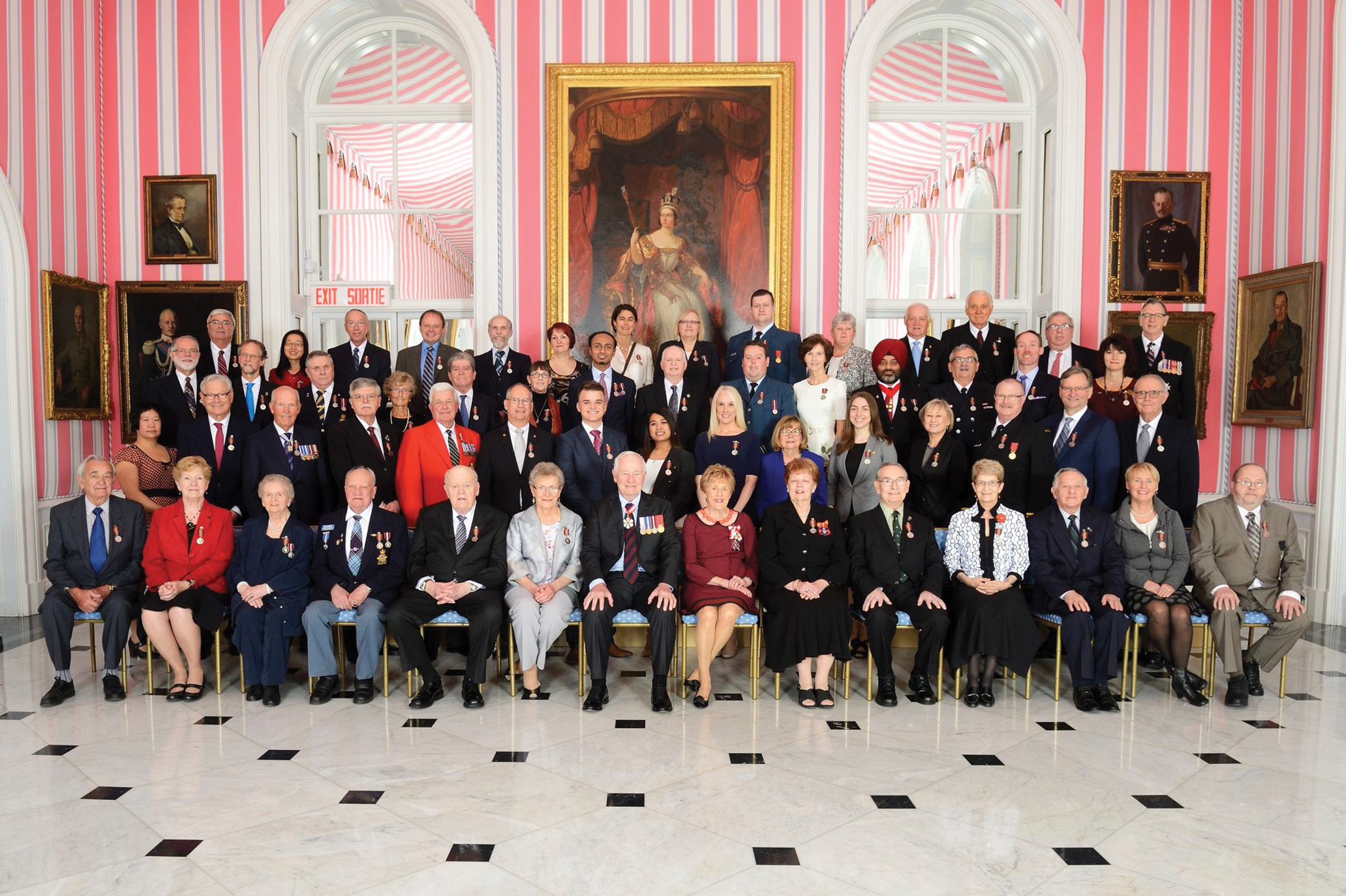 Among those receiving the medal was Angus Stanfield of Sooke, B.C., who has been active in The Royal Canadian Legion, serving as president of Sooke Branch and working his way through the ranks to be president of British Columbia/Yukon Command for 2013-15.

Also receiving the medal was Derrill Henderson of Nepean, Ont., who was instrumental in creating the Hong Kong Veterans Commemorative Association and serves as its representative in National Council of Veteran Associations. He was also a member of the committee that created a memorial wall for Hong Kong veterans in Ottawa.

The Medal for Volunteers consists of a circular silver medal that is 36 millimetres in diameter with a suspension ring. The obverse depicts a contemporary effigy of the Queen, circumscribed with the inscription in capital letters, “ELIZABETH II DEI GRATIA REGINA and the word CANADA separated by two maple leaves.

The reverse features two interlaced hearts, representing caring and generosity. A sunburst pattern along the rim symbolizes the time volunteers give to their actions.

The ribbon uses the viceregal colours of blue and gold. Five gold stripes evoke the fingers of a hand, used in the emblem for the Caring Canadian Award. The deep red colour is associated with royalty.

The design for the medal was created by the Canadian Heraldic Authority, based on a concept by Darcy DeMarsico of the Chancellery of Honours. The medal is manufactured by the Royal Canadian Mint in its Ottawa facility.

Anyone can nominate a caring volunteer by submitting an online nomination at caring.gg.ca. Nominations are accepted throughout the year.

The medal may be awarded to any person who is a Canadian citizen and who has made a significant and unpaid contribution to their community in Canada and abroad. Candidates must have shown an exemplary commitment through volunteer work. The medal is awarded to individuals only, not to groups or couples.

“Each recipient was nominated for the medal from within their community, making this celebration a wonderful reflection of generosity across Canada,” said Johnston.

The Chancellery of Honours administers the program and receives all nominations. Each one is carefully researched and then reviewed by an advisory committee which makes recommendations to the governor general. Presentation ceremonies are held throughout the year in communities across Canada.