Crazy weapons of the Cold War 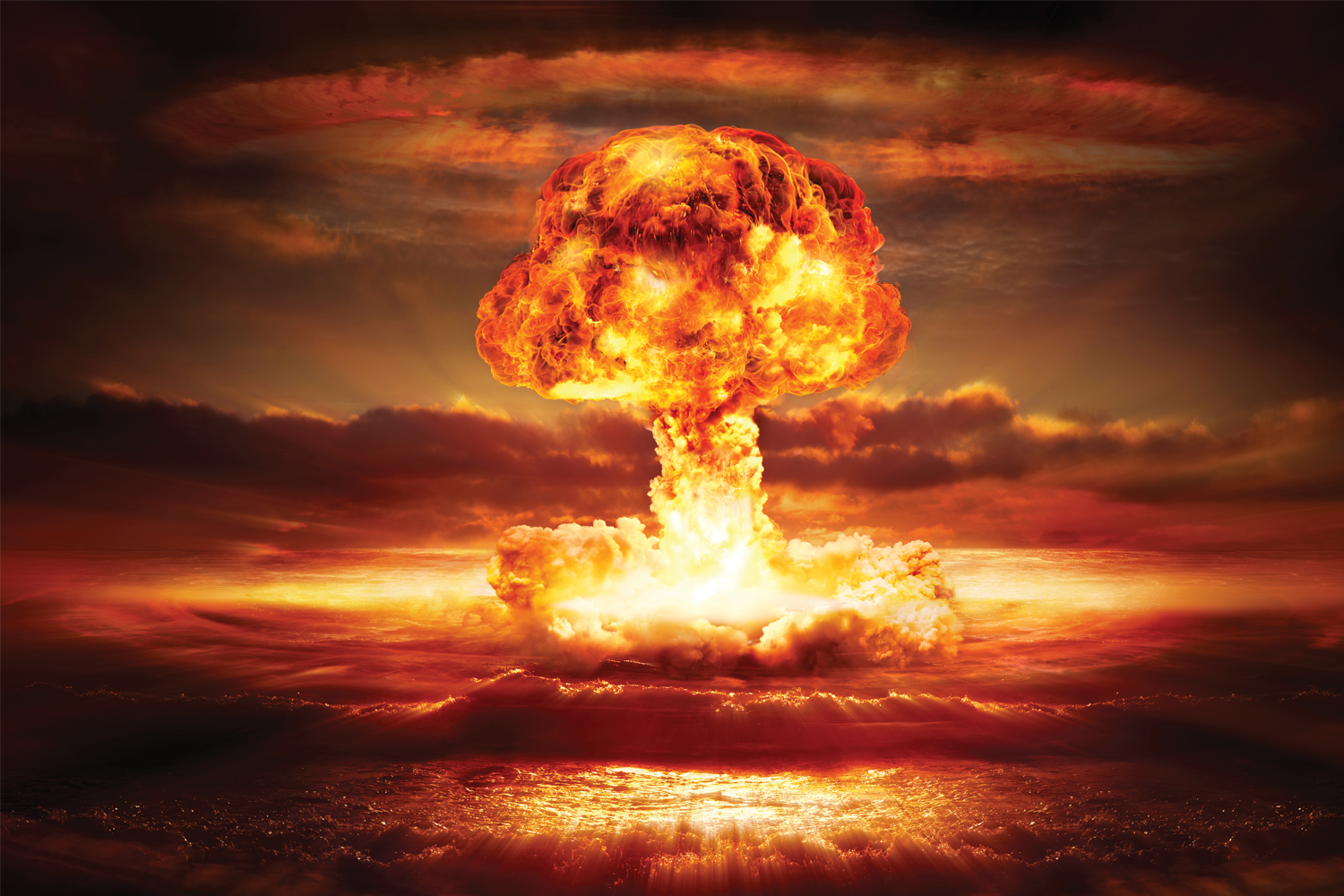 The Cold War was an epic standoff between
two superpowers, a conflict held not just at the
limits of military technology, but at the limits
of science itself. It was a race to build the
deadliest weapons possible in the hope
they’d be too deadly to ever use.

The Big Stick. The Dead Hand. Tsar Bomba, Star Wars, the Arrow and the Blackbird. These are the names of some of the deadliest, wildest, strangest and most amazing weapons ever designed and built by mankind.

For the 40 years of the Cold War, the superpowers were frozen into inaction by an unusual deterrent—neither side could launch an all-out nuclear war on the other because it would result in their own destruction.

The little piece of logic that kept that Cold War from blowing up was called mutually assured destruction, with the appropriate acronym, MAD. It was a doctrine that emerged almost by accident, as a consequence of the creation of atomic weapons at the end of the Second World War.

This was an unprecedented situation in the history of human conflict; the weaponry used in the next war would be so catastrophically deadly to people and the earth’s environment that it could trigger a man-made apocalypse. This was a truth reflected by J. Robert Oppenheimer, the physicist largely responsible for the creation of America’s first atomic weapon, when he declared upon watching that first detonation: “I am become Death, the destroyer of worlds.”

In the years and decades following those first atomic events, the weapons became more and more deadly, on both sides. They had to be, because if one side thought they could get away with an attack then the balance of power would be thrown off.

There are still 16,000 nuclear
weapons in the world, and
the vast majority of them
belong to Russia and
the United States.

Thus, the creation of doomsday weapons like the Big Stick, the Dead Hand, and Tsar Bomba, all of which you’re about to meet on these pages.

But this is not just history, because it seems the Cold War is here again. The Federation of Atomic Scientists has set the Doomsday Clock at three minutes to midnight, nuclear weapons are making a comeback and Russia’s armies are on the move. Call it: Cold War II.

There are still 16,000 nuclear weapons in the world, and the vast majority of them belong to Russia and the United States. Beyond that, there is a new push in both countries to not only modernize and re-arm their nuclear arsenals, but to actually develop new weapons as well.

All of this comes at a cost, of course. The U.S. is looking to spend about $1 trillion dollars on their nuclear arsenal. Russia is planning the development of a new torpedo–called status 6–that screams across oceans to hit the United States from a great distance.

Meanwhile, it’s a little unclear whether the doctrine of mutually assured destruction is still in existence. Do enough doomsday weapons still exist that a first strike is still impossible?

So as we look back at mutually assured destruction and the arms race that could have killed a world, we are also looking forward in an attempt to understand the dynamics of Cold War II.

This was the king of all bombs. Detonated by the Soviets in 1961, it remains the most powerful man-made explosion of all time. One statistic alone tells the whole story: Tsar Bomba contained the equivalent of 50 megatons of conventional explosive, which is more than all the explosives used in the Second World War combined.

At 27 tonnes, this hydrogen bomb was so big that a special 800-kilogram parachute was invented to slow its descent, allowing the plane that dropped it to get away. The resulting fireball could be seen from up to 1,000 kilometres away.

Nicknamed the Big Stick, the Supersonic Low-Altitude Missile (SLAM) was perhaps the dirtiest, craziest weapon ever devised by man. It was designed to be the ultimate deterrent to any Soviet attack. It was a nuclear-powered missile that flew very low at speeds of up to Mach 4.2, delivering up to 16 additional nuclear warheads to targets in Russia.

It was deadly in many different ways. It was designed to fly so low and fast that it was unstoppable. With a range of up to 180,000 kilometres, the SLAM was designed to criss-cross Russia, delivering its nukes. In addition, its unshielded nuclear propulsion would spew waste everywhere it went, and the sonic blast wave from its passing would cause additional destruction. Finally, once it had delivered all its weapons and was running out of range, it was programmed to crash into one final target, creating a radioactive mess that would take generations to clean up.

It was actually so deadly that it could never really be tested. Instead, the SLAM was designed to be used on one day only: doomsday.

After more than 10 years of development, the project was cancelled in 1964. 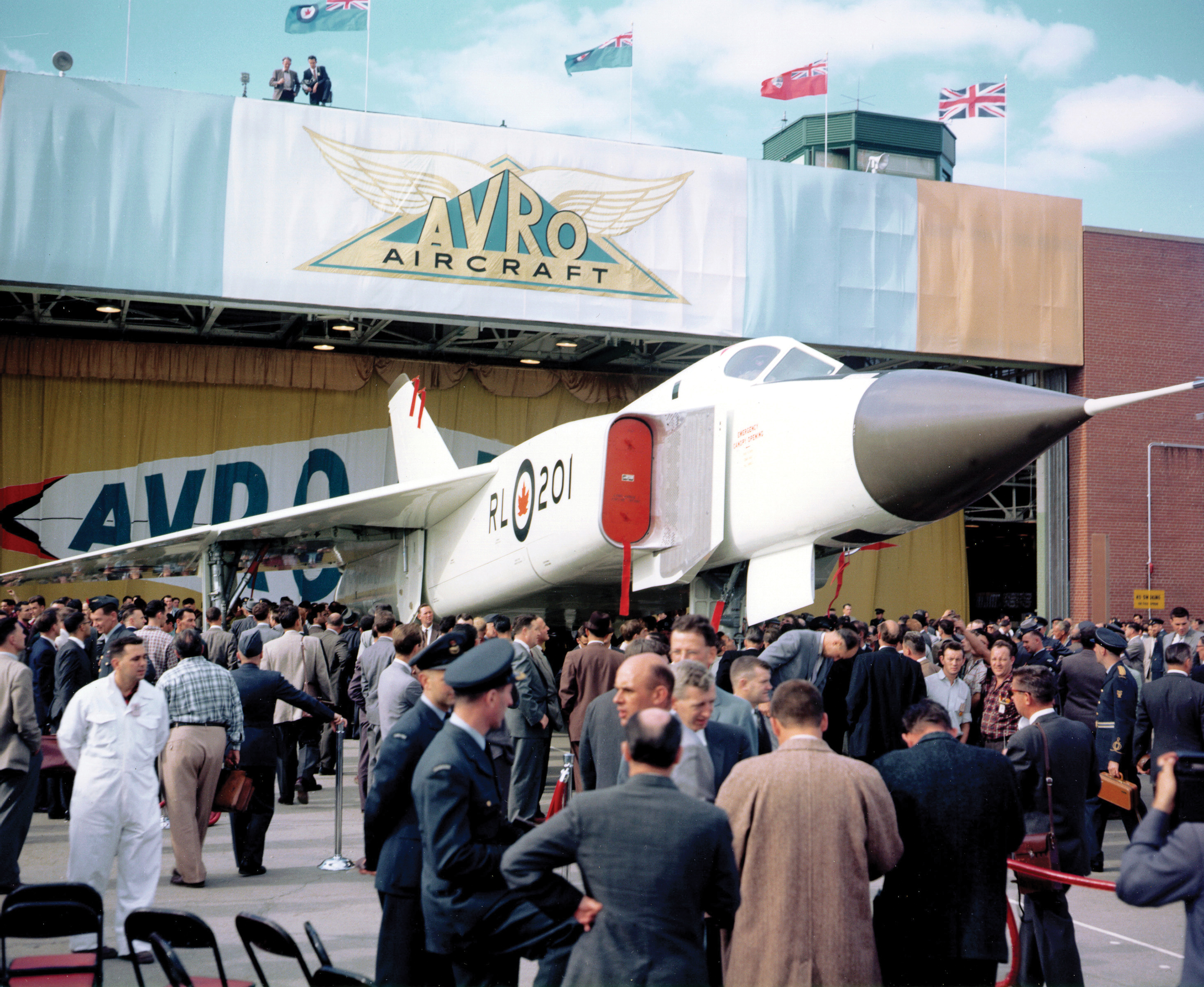 It was 1953 and the threat of nuclear war with Russia was pushing weapons designers to innovate in every way they could. Perhaps one of the most beautiful jets ever designed, the Avro Arrow was built with one mission in mind: to fly extremely high and extremely fast to intercept Russian bombers before they could reduce North America’s cities to rubble.

Designed in Canada, for Canada, the Arrow was going to fly higher (50,000 feet) and faster (near Mach 2) than almost any other fighter. However, the project was abruptly cancelled in 1959, putting tens of thousands of people out of work, many of them very skilled. The decision remains controversial and Canada still has no powerful, homegrown fighter jet. 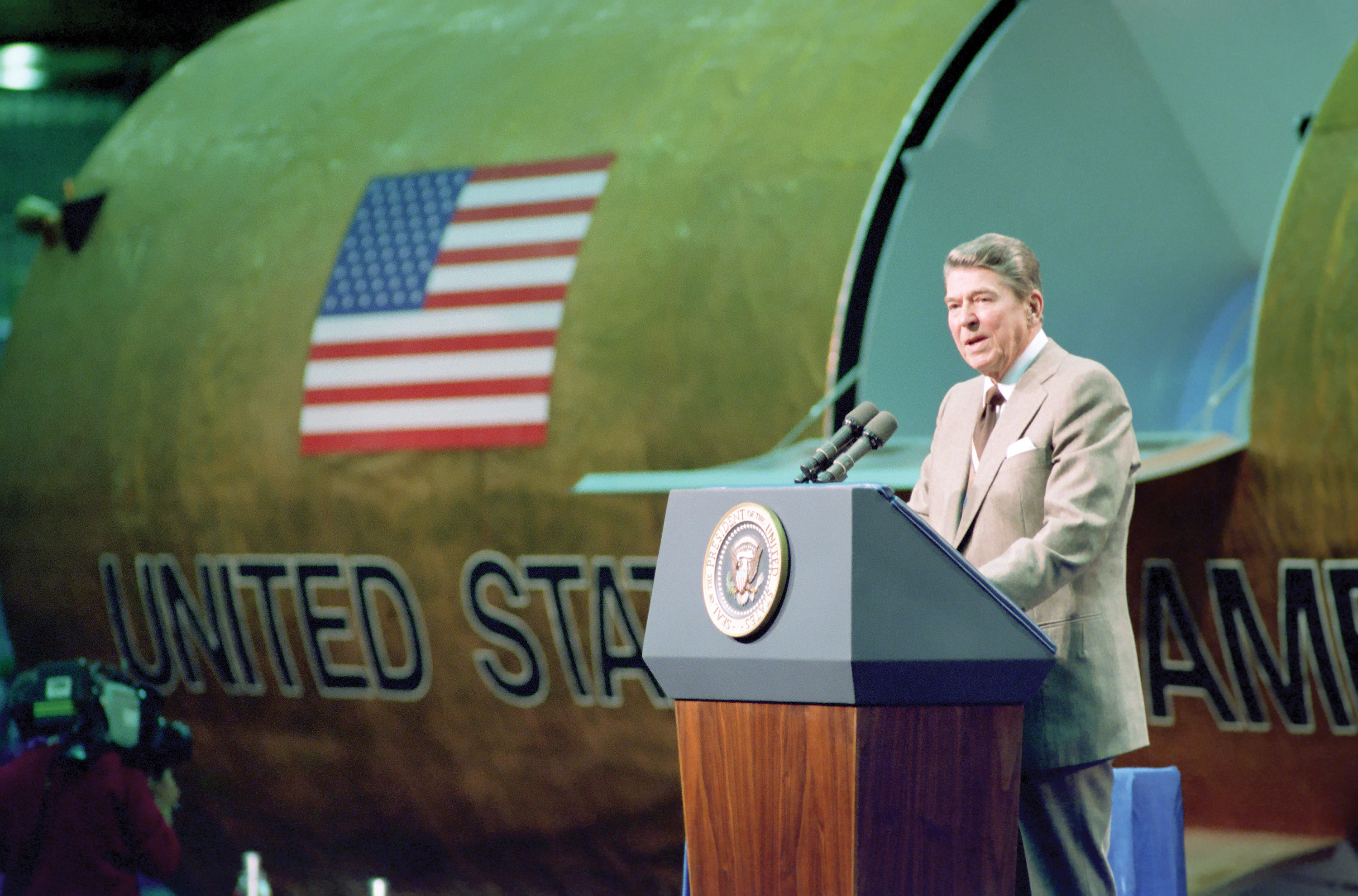 The Strategic Defence Initiative (SDI) was more commonly known as Star Wars. Announced by Ronald Reagan in 1983, SDI was a multi-pronged effort to defend the United States from ballistic nuclear missiles. It was theoretically comprised of both ground-based sensors and missiles, as well as orbiting satellites that, it was proposed, could be outfitted with lasers or other directed energy weapons (DEW) in order to shoot down Soviet nukes.

It was the emphasis on defence that truly made this a crazy weapon of the Cold War, as in many ways it upended the concept of mutually assured destruction, particularly if it had ever worked or been deployed as intended. 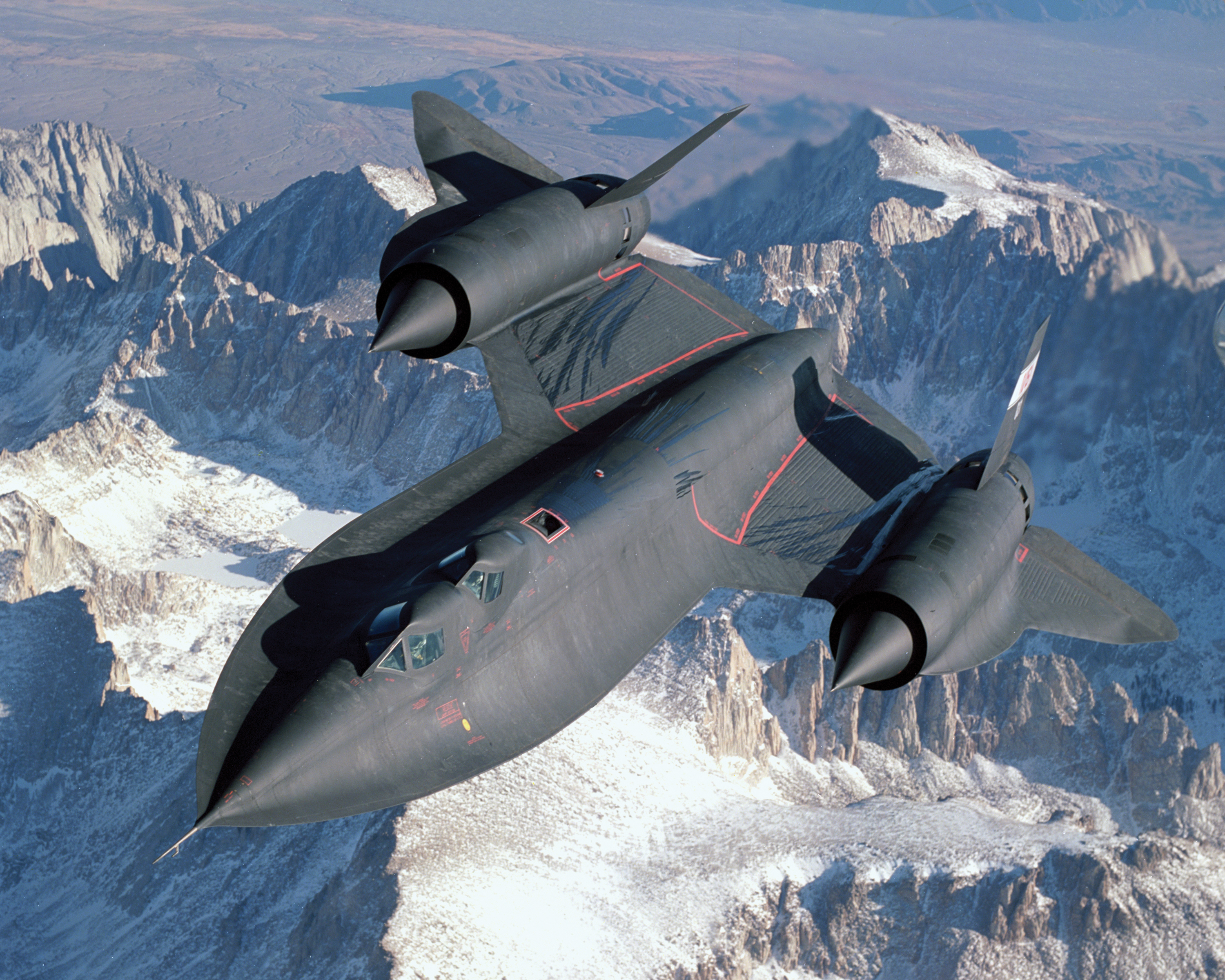 Developed as a “black project,” the United States Air Force SR-71 Blackbird was so fast, flew so high, and was so secret that it has become one of the most iconic of all Cold War weapons. But it was not a fighter, it was essentially a spy plane, designed for “strategic reconnaissance.”

Just imagine this: with its top speed of more than Mach 3, the Blackbird was literally faster than a bullet, and faster than any weapon the Soviets could throw at it. Thus, it flew over Russia with impunity during the Cold War and while many, many missiles were launched at it, none could ever catch it. Not a single Blackbird was lost to enemy action. 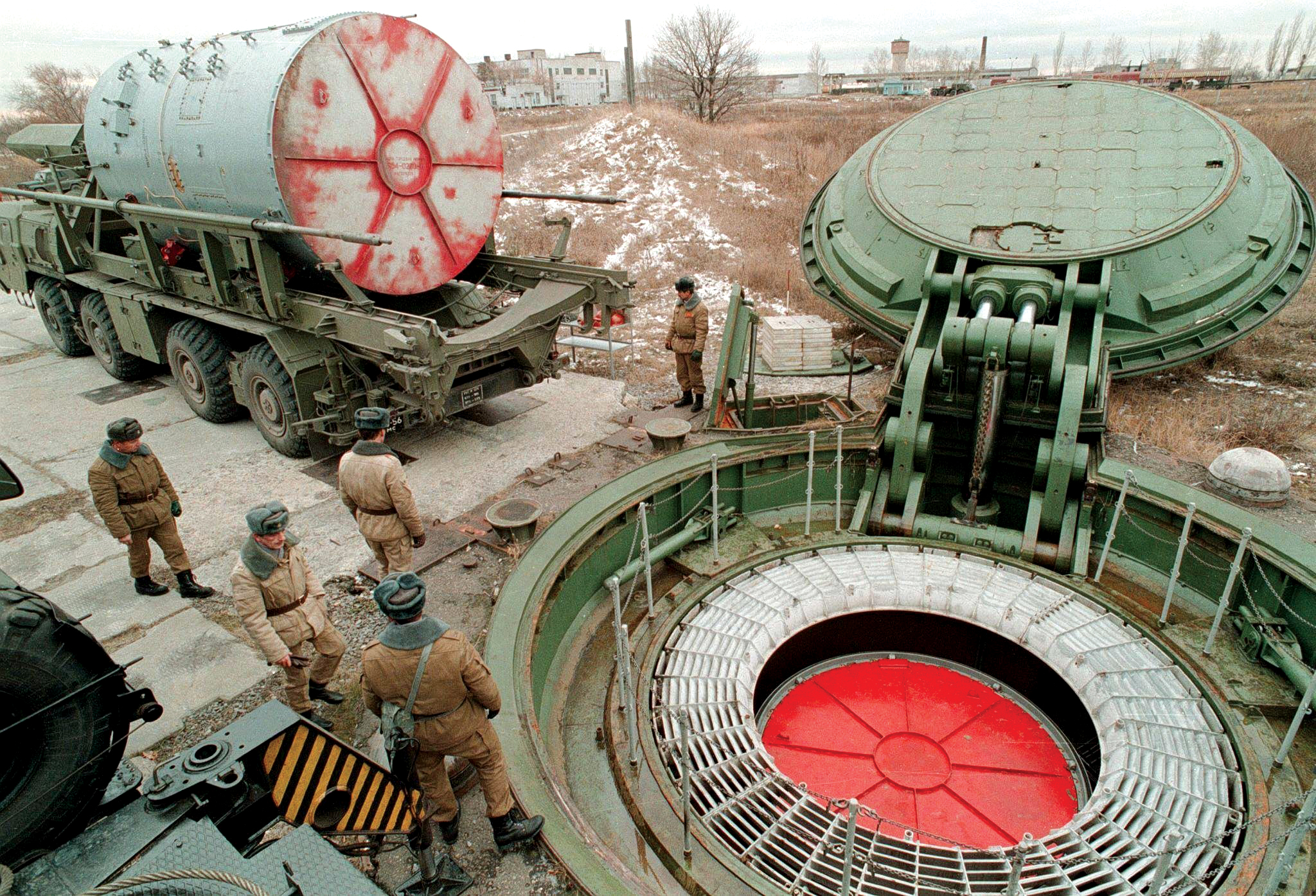 A rocket is delivered to its silo in the Saratov region of Russia.
EPA

The ultimate weapon is one that still works even if its operator is killed or incapacitated—and that’s precisely what the Russian system known as the Dead Hand was designed to do.

Also known as “perimeter,” it was the kind of doomsday weapon created to scare the other side into never attacking in the first place. Once turned on, the system would automatically detect nuclear blasts and then automatically issue orders to return fire with intercontinental ballistic missiles. It didn’t matter if all the Soviets were wiped out in the first strike, the Dead Hand was going to get revenge.

Many observers believe that the system is still being used today. 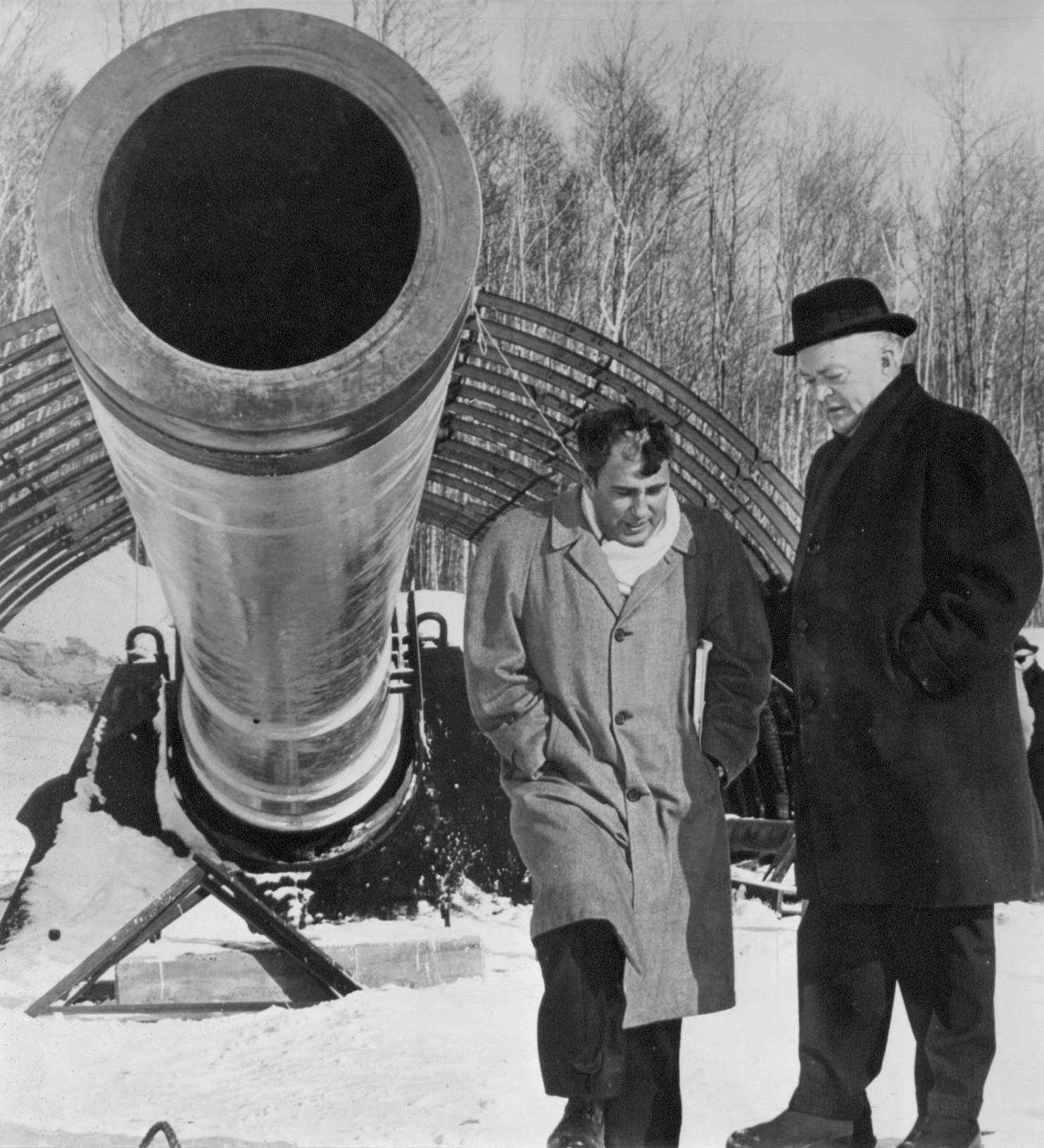 Gerald Bull was a Canadian weapons designer with an unusual passion: he wanted to design a gun so big that it could launch satellites into space.

However, his quest to continue his research at any costs led him into some dark places. His final effort to design and build his supergun was called Project Babylon, and it was conceived by Saddam Hussein and ordered to allow him to fire huge shells at his enemies across the Middle East.

The eventual weapon he designed for the Iraqis was 150 metres long, weighed more than 2,000 tonnes, had a bore of one metre and was capable of firing 2,000-kilogram projectiles.

His supergun was never completed, as Bull was assassinated outside his apartment in Belgium in 1990.

PrevPrevious ArticlePride & Prejudice at the Front
Next ArticleOur Back Pages: 1961-1979Next