Studying the benefits of medical marijuana 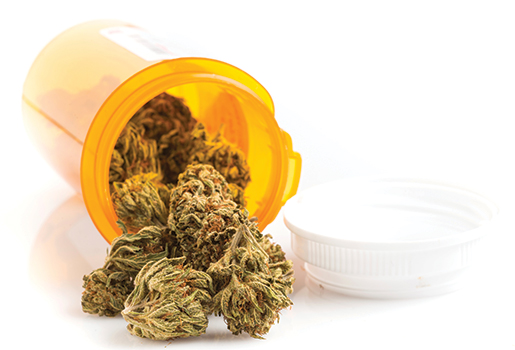 iSTOCK
A clinical trial examining medical marijuana for treatment of post-traumatic stress disorder is underway in British Columbia, where marijuana, produced legally or otherwise, is estimated to contribute as much to the provincial economy as agriculture and forestry.

Using vaporizers, 40 volunteers with PTSD, two-thirds of them military or police veterans, will try various strains of marijuana (or a placebo) and report the effect on such symptoms as flashbacks, sleep problems, anger and anxiety.

The research will be conducted by University of British Columbia psychology and medical researchers at its Okanagan campus.

Tilray, one of 16 authorized Health Canada marijuana producers, has indicated it will cover the $350,000 in costs—and supply the various strains of marijuana. The company grows, processes, packages and ships medical marijuana from its 60,000-square-foot facility near Nanaimo, B.C.

The research will shed a little light on the often heated debate around medical use of marijuana.  A Supreme Court ruling in 2000 resulted in Health Canada approving the use of medical marijuana in 2001, although it has continued its campaign against its use as a recreational drug. Aside from problems with addiction, lung health and changes to the brain, particularly for teens, pot use remains illegal.

One Halifax veteran said that marijuana slows down his mental reactions, so if he hears a loud noise, he doesn’t automatically dive for cover.

Many veterans plagued by pain or operational stress injuries such as PTSD, depression and anxiety have found that marijuana works better for them than pharmaceutical prescription drugs. One Halifax veteran said in a recent interview with Legion Magazine that marijuana slows down his mental reactions, so if he hears a loud noise, he doesn’t automatically dive for cover, or if cut off in traffic, he doesn’t fly instantly into a road rage.

But he does have to bear disapproval in the community, including those at VAC who handle his reimbursement claims. “I’m not an addict, and I won’t keep using it forever. But right now I need it.”

Moral objections to the use of a doctor-prescribed substance aside, critics point to the growing pile of studies documenting the health risks of marijuana, and the scarcity of research on its benefits. This is hardly surprising given that growing, selling and possessing the drug for recreational use have been criminal offences for a very long time, although support seems to be growing for decriminalization of possession for personal use.

THC (delta-9 tetrahydrocannabinol) is the active ingredient in marijuana, hashish and hash oil, and its potency has quadrupled over the decades since the flower-power generation grew up. Within minutes of passing through the lungs, THC relaxes and enlarges airways, expands blood vessels and lowers blood pressure. In the brain, THC mimics the neurotransmitter anandamide, binding to its receptors and activating cells throughout the brain involved in short-term memory, muscle co-ordination and feelings of well-being. The pleasant effects wear off in a few hours, but the THC continues acting on the body for a day or more, often affecting mood with unpleasant side effects, like nervousness or anxiety, symptoms to which the young are particularly vulnerable.

But animal studies have shown the beneficial effects of THC are short-lived, as though prolonged exposure makes the brain less sensitive to THC. More study is needed to determine if it’s the same with humans—and humans whose brain chemistry has been altered by PTSD

And much more study is needed to determine the full range of positive effects of THC on human brains generally, and on brains affected by PTSD, including how much is needed to produce the positive effects, and at what dosage or length of use does marijuana stop delivering the benefits.

Yes, marijuana poses health risks; so does taking aspirin and undergoing chemotherapy. The difference is that research has established safe doses for the pharmaceuticals, so doctors can help patients decide whether the benefit outweighs the risk, and if so, prescribe the proper dosage. Veterans prescribed marijuana deserve no less.