Veterans Affairs Minister Julian Fantino has given a cautious, two-phase response to the report of the House of Commons Standing Committee on Veterans Affairs recommending 14 major changes to the New Veterans Charter (NVC).

The first phase is to address those recommendations that can be quickly achieved within existing authorities and budgets of Veterans Affairs Canada and the Department of National Defence. More complex recommendations requiring further interdepartmental work and budgetary analysis will be left to a second phase.

The response has been met with disappointment by several veterans’ advocates, including The Royal Canadian Legion. “While we appreciate that these issues are complex and require considerable time, effort and financial resources to implement, it is the belief of the Legion that the government has had more than enough time, and certainly enough input from experts, to be able to take solid action on improving the NVC,” said Dominion President Tom Eagles.

The committee tabled its report in June after hearing from 54 witnesses since November 2013 (Parliamentary Committee Recommends Changes To New Veterans Charter, September/October).

“While allocations for benefits for Canadian injured veterans has increased by $4.7 billion since 2006, the government agrees that more can and must be done to enhance service delivery to ensure that injured veterans and their families are supported,” said the response released Oct. 1.

However, the four recommendations that would require significant budgetary changes have been left to the second phase, including:
• that the Earnings Loss (EL) benefit be non-taxable and set at 85 per cent of net income up to a threshold of $70,000 and that it be adjusted annually according to the consumer price index;
• that all veterans with service-related disabilities and their families be entitled to the same benefits and support whether they were regular force or reserve force;
• that improvements be made to the administration of the Permanent Impairment Allowance (PIA); and
• that the services of Military Family Resource Centres be available to veterans and their families.

Changes to the EL benefit and eliminating the difference in disability benefits and service between regular and reserve force members were two of the Legion’s highest priorities. The Legion’s third priority was that disability awards be adjusted to fall more in line with awards granted by the courts for personal injury. VAC has agreed in principle and will explore options for addressing the recommendation.

In the first phase of the response the government agrees to amend the NVC to include a clause similar to that in the Pension Act which will ensure that the act be liberally interpreted, recognizing the solemn obligation of the people and government of Canada to provide compensation to those members of the forces who have been disabled or have died as a result of military service, and to their dependants.

In response to another recommendation the government says DND is already ensuring injured members are not released from the military until after they are medically stabilized and their files have been sent to VAC for followup.

VAC has agreed to explore options on a recommendation that only those who are medically released for non-service-related injuries or illness receive benefits under the Service Income Security Insurance Plan (SISIP) while all others receive benefits from VAC and DND.

In response to a recommendation that vocational rehabilitation training programs be allowed greater flexibility, VAC said that it made improvements to the program in 2013, expanding the list of eligible training expenses up to a maximum total value of $75,800 per person.

A recommendation that VAC move towards a payment system that results in one comprehensive monthly payment that clearly identifies the source of funding was welcomed by VAC, saying immediate steps will be undertaken to combine payments to reduce confusion and red tape.

No timetable for the two phases was provided.

“We remain committed to the [committee’s] recommendations and will not cease our efforts to push this government to come up with some tangible activities,” said Eagles. 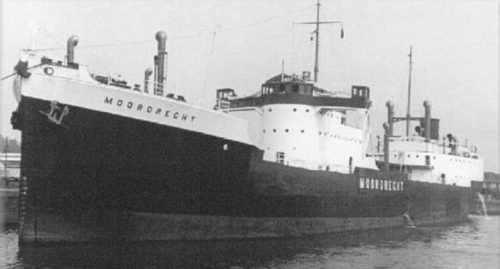 The unfortunate fate of convoy HX-49