“The OSI (operational stress injury) burden remains at peak intensity, and will continue for several years yet,” due to the latent nature of post-traumatic stress disorder and the cumulative burden of nearly two decades of continuous operations, National Defence and Canadian Forces Ombudsman Pierre Daigle said in his report titled Fortitude Under Fatigue. “Fiscal and post-operational pressures pushing for a diminished focus…should be resisted.”

Chief among his findings was that the system is chronically short-staffed and clearly strained. Although the CF set aside funding in 2005 to increase the number of mental health caregivers to 447 by 2009, it has never reached that goal, resulting in extensive outsourcing of treatment. This results in leaders losing awareness
of trends and jeopardizes quality and continuity of care. “Finding the missing 70-plus mental health providers that have so far eluded the organization will call for fresh ideas,” says the report.

In his report, Daigle said the CF has made great strides in mental health care, including developing a comprehensive OSI care system, reducing stigma and other barriers to care, and improving support for military families coping with OSIs. He praised the mental health providers “who continue to deliver quality frontline care despite being overburdened and working in difficult professional environments.”

However, he noted shortcomings, including inadequate performance measurement. He recommended the mental health system be re-evaluated for coherence and effectiveness, and clinical success rates of its programs should be measured, and progress reported annually.

Daigle continues to decry the lack of a national database that would accurately reflect the number of personnel with OSIs. Lacking complete data and performance evaluation, it’s not possible to determine whether the system is adequately funded, he said.

He also recommended addressing the friction between military commanders and mental health professionals. Ill and injured personnel are removed from home units and assigned to an Integrated Personnel Support Centre while under treatment. Daigle suggested exploring a “tailored military application” of the principle of patient confidentiality that could protect personnel without depriving commanders of information they need to do their duty.

Complicating this are grassroots misperceptions that once someone is assigned to an Integrated Personnel Support Centre they will never return to their home units, and that those suffering mental health injuries are released from the CF faster than those with physical injuries. Such misperceptions are a barrier to seeking care, says the report. There is also a financial disincentive, as those posted away from their regular duty lose allowances. “[This] removes money from a military family’s income,” says the report, “and as such is a major disincentive.”

The final recommendation is that the CF consider modernizing its approach to universality of service, the requirement that all members be deployable. Personnel believe that in return for signing on for duty that will put them in harm’s way and making whatever sacrifices are necessary to achieve their mission, the CF is committed to taking care of them if they are injured. Some personnel believe the CF is not keeping up its end of the bargain. “Some see it as an outright betrayal; members are valued until they become ill or injured as a result of operations. If they cannot be patched up and returned to the fray, they are ‘thanked for coming out and kicked to the curb.’”

Daigle urged the CF to consider modernizing the principle of universality of service to “one that reflects the realities of modern military service…without taking the fight out of the fighting force.”

It is crucial the Canadian Forces continue enhancing mental health programs “because there is nothing faddish or fleeting about OSIs,” the report concludes. “OSIs are an intrinsic component of modern military operations, including those the CF is likely to continue conducting over the foreseeable future.” 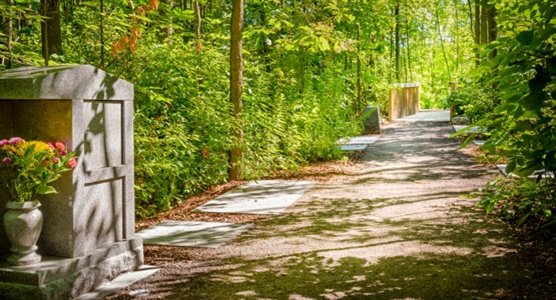