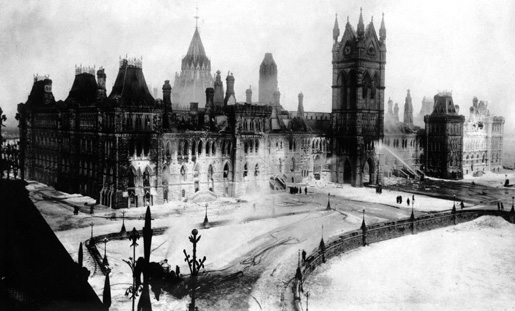 FEBRUARY 3, 1916: Fire destroys the Parliament Buildings in Ottawa. Only the library is saved.

FEBRUARY 4, 1917: On the Western Front, German forces begin a calculated and large-scale withdrawal to the Hindenburg Line.

FEBRUARY 5, 1994: Nearly 70 people are killed and approximately 200 others are wounded when a mortar bomb explodes in a busy market square in Sarajevo.

FEBRUARY 6, 1943: His Majesty’s Canadian Ship Louisburg is one of eight Canadian corvettes accompanying a convoy en route to North Africa when she is struck by an aerial torpedo. The corvette sinks and nearly 40 men lose their lives. Forty-eight are rescued.

FEBRUARY 7, 1945: British, American and Russian leaders meet at an undisclosed location near the Black Sea to decide on the final phase of the war against Germany. 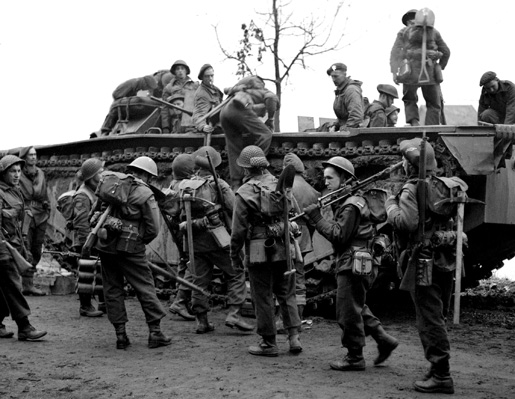 FEBRUARY 8, 1945: Second Canadian Corps participates in the opening phase of Operation Veritable, which in conjunction with an American operation is designed to destroy German forces on the west bank of the Rhine.

FEBRUARY 11, 1944: A Wellington bomber of 407 Squadron, RCAF, piloted by Flying Officer P.W. Heron, sinks U-283 in the North Atlantic. Heron is awarded the Distinguished Flying Cross.

FEBRUARY 12, 1942: German warships Scharnhorst, Gneisenau and Prinz Eugen slip through the Straits of Dover to Germany. 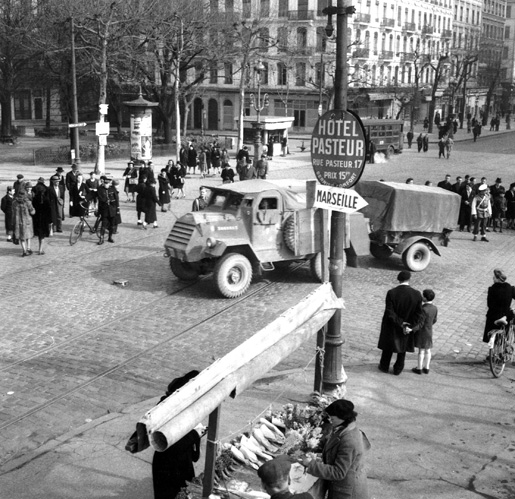 FEBRUARY 13, 1945: First Canadian Corps launches Operation Goldflake by moving to the Italian port of Leghorn for transport by ship to the south of France and by rail to the Netherlands, reuniting them with 2nd Corps and making 1st Canadian Army wholly Canadian again.

FEBRUARY 15, 1965: Canada’s new national flag is raised over the Parliament Buildings for the first time.

FEBRUARY 16, 1945: His Majesty’s Canadian Ship Saint John sinks U-309 while patrolling off the coast of Scotland.

FEBRUARY 17, 1926: Saskatchewan becomes the first province to ratify the Legion’s constitution and form a command. 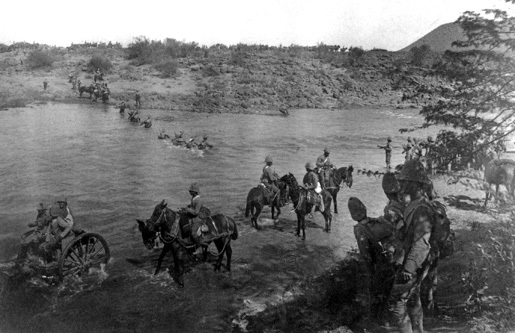 FEBRUARY 18, 1900: The Battle of Paardeberg Drift in South Africa begins, and over the next several days becomes Canada’s first great victory overseas. 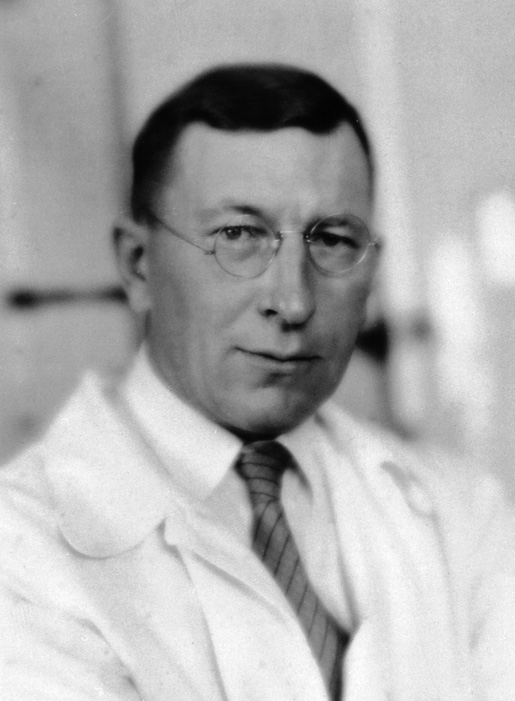 FEBRUARY 21, 1941: Sir Frederick Banting, co-discoverer of insulin, is killed in a plane crash.

FEBRUARY 22, 1942: General Douglas MacArthur receives orders to remove his forces from the Philippines.

FEBRUARY 23, 1909: The Silver Dart is the first powered heavier-than-air machine to fly in Canada or the British Empire. It is flown by John Alexander Douglas McCurdy over Baddeck Bay, N.S. 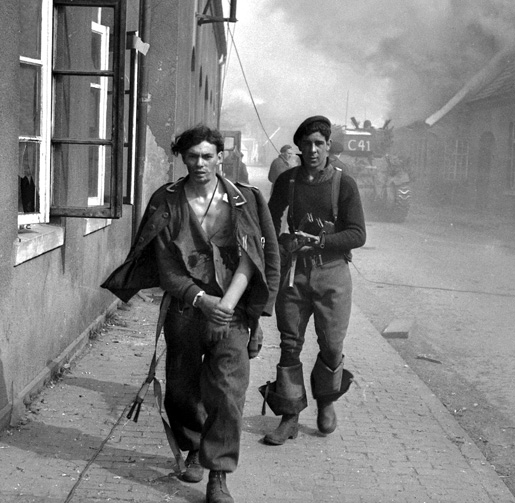 FEBRUARY 27, 1945: Fighting for the Hochwald gap begins as Canada’s 4th Armoured Division drives into the fray during the Battle of the Rhineland.

For ON THIS DATE March Events, come back to legionmagazine.com on March 1st, 2012

PrevPrevious ArticleHistoric WWI Photo – Lunchtime In The Trenches, 1916
Next ArticleLetters From Bill – Aug. 4, 1944Next