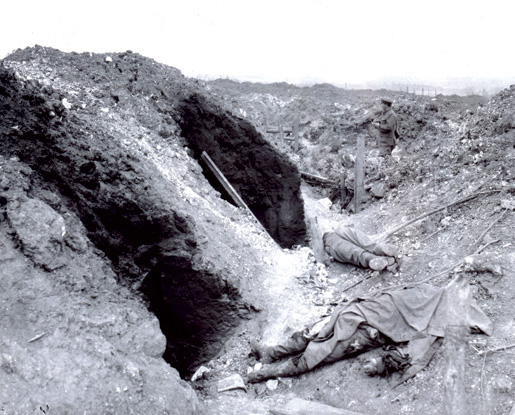 June 3, 1943: His Majesty’s Canadian Ship Gatineau is commissioned into the Royal Canadian Navy.

June 6, 1944: The Normandy invasion force lands. By day’s end, the Allies have approximately 155,000 troops, several thousand vehicles, hundreds of guns and roughly 4,000 tons of supplies in France. All major branches of military might participate.

June 8, 1944: Seven more Canadian prisoners of war are murdered by their captors at the Abbaye d’Ardenne in Normandy. On the previous day, 11 Canadian PoWs were shot at the abbey. Two more Canadians would be executed on June 17.

June 9, 1944: The Canadian destroyers Haida and Huron and the Royal Navy’s HMS Ashanti participate in the sinking of two German navy ships.

June 12 1914: An act of Parliament incorporates The Canadian General Council of the Boy Scout Association.

June 15, 2003: Her Majesty’s Canadian Ship Iroquois (2nd) relinquishes command of Task Force 151 and heads for home. The maritime surveillance and inspection task force had been stationed in the Arabian Gulf.

June 16, 1943: His Majesty’s Canadian Ship Waskesiu is commissioned into the Royal Canadian Navy.

June 20, 1917: The arrival of 4th Canadian Division ends the year-long attachment of the Lahore batteries to the Canadian Corps. The three brigades of the 3rd Lahore Indian Div. had remained in France after the rest of the Indian Corps departed for Mesopotamia.

June 23, 1985: Terrorists blow up an Air India jumbo jet over the Atlantic Ocean off Ireland. All 329 people on board (280 of them Canadians) perish. The flight originated in Canada.

June 24, 1944: Flight Lieutenant David Hornell, a Canso pilot with 162 Squadron, Royal Canadian Air Force, uses his aircraft to sink U-1225. Hornell’s plane is shot down during the engagement and three of its crew, including Hornell, die from exposure. Hornell’s actions result in a Victoria Cross.

June 27, 1915: On the Western Front, 1st Canadian Division takes over a 4,000-metre line at Ploegsteert, which the men quickly dub “Plugstreet.”

June 28, 1914: Archduke Franz Ferdinand of Austria is assassinated in Sarajevo. It is the spark that ignites the First World War.

June 29, 2010: In Halifax, Her Majesty the Queen and His Royal Highness the Duke of Edinburgh conduct an international fleet review in honour of the Canadian navy’s 100th anniversary.

For ‘ON THIS DATE’ July Events, come back to legionmagazine.com on July 1st, 2011