1 DECEMBER 1996
A recovery team locates the remains of crew members killed when Royal Canadian Air Force Dakota KN-563 crashed during a monsoon on June 21, 1945. The plane had been flying supplies to British troops in Burma (now Myanmar).

2 DECEMBER 1968
The Canadian submarine Rainbow (2nd) is commissioned. Purchased from the United States, she was originally known as the USS Argonaut, launched in 1944. 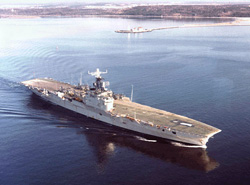 3 DECEMBER 1969
Tragedy strikes as the Canadian aircraft carrier Bonaventure is being decommissioned. The ship’s aviation fuel tanks are emptied and cleaned, but one tank does not vent properly, and the first two sailors who enter the tank are overcome by deadly fumes. Two other sailors lose their lives during the rescue attempt. 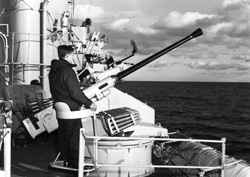 5 DECEMBER 1944
After entering the city the day before, Canadians settle into the historic city of Ravenna, Italy.

6 DECEMBER 1917
Canadians sailors exhibit great bravery when the French-registered SS Mont Blanc, laden with explosives, collides with the Belgian relief ship Imo in Halifax Harbour. Sparks from the collision ignite highly flammable benzol aboard Mont Blanc. Sailors from HMCS Niobe try to tow the burning ship away from the crowded waterfront, but a violent explosion rips into the ship and destroys much of the city. More than 2,000 people die.

9 DECEMBER 1941
A key position on the Shing Mun Redoubt is attacked and later captured by Japanese forces invading Hong Kong. 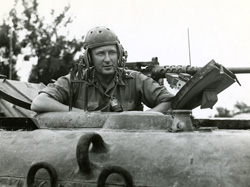 10 DECEMBER 1943
In Italy, Brigadier B.M. Hoffmeister orders the Loyal Edmonton Regiment to secure an intermediate objective half way across the San Leonardo plateau. The regiment is ordered to push on to the Cider Crossroads, a key intersection near Ortona.

11 DECEMBER 1941
Pilot Officer John Gillespie Magee Jr. of the Royal Canadian Air Force is killed when his Spitfire collides with another aircraft during training. Magee is best known as the author of the sonnet High Flight, one of the most famous poems of the Second World War. “Oh! I have slipped the surly bonds of earth; and danced the skies on laughter-silvered wings.”

12 DECEMBER 1944
In Italy, Canadian forces fight across steeply diked watercourses. After 10 days of combat, the Canadians reach the Senio River, successfully diverting German reserves away from the main Allied effort near Bologna. 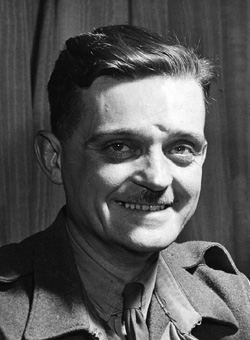 14 DECEMBER 1943
Major Paul Triquet earns the Victoria Cross for his valour and bravery during the fighting at Casa Berardi near Ortona, Italy.

16 DECEMBER 1972
Huron (2nd), a Tribal-class destroyer, is commissioned into the Canadian navy. 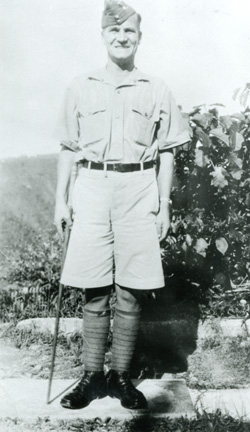 19 DECEMBER 1941
Company Sergeant-Major John Robert Osborn of the Winnipeg Grenadiers earns the Victoria Cross during fighting at Hong Kong. After a brave rearguard action on Mount Butler, Osborn dies after throwing himself onto a grenade that threatens the lives of fellow his soldiers.

22 DECEMBER 1977
Ottawa approves construction of new naval frigates, but it will take years to get the ships into the water.

23 DECEMBER 1915
As the second Christmas of the war approaches, the soldiers of the Canadian Corps suffer through a cold and wet winter. 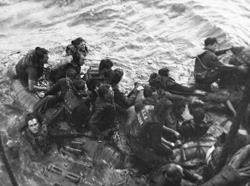 24 DECEMBER 1944
The Canadian minesweeper Clayoquot is torpedoed by U-806 off Halifax. Seventy-six survive. Eight perish.

26 DECEMBER 2004
Approximately 230,000 die as a tsunami, triggered by a 9.0 magnitude earthquake beneath the Indian Ocean, slams into the coastlines of more than a dozen countries. 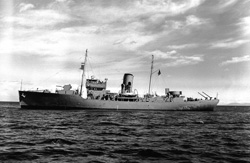 27 DECEMBER 1942
The Canadian destroyer St. Laurent and corvettes Battleford, Chilliwack and Napanee sink U-356 in the North Atlantic while escorting a westbound convoy. Credit for the sinking only comes after the war.

28 DECEMBER 1961
No. 446 Squadron of the Royal Canadian Air Force is established at North Bay, Ont. It is the first of two units to be equipped with BOMARC missile. 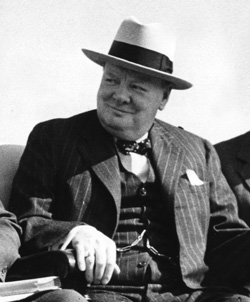 For ‘ON THIS DATE’ January Events, come back to legionmagazine.com on January 1st, 2011