5 NOVEMBER 1966
Canada’s first and only military hydrofoil, Bras d’Or (2nd), is damaged by fire while under construction in Quebec. 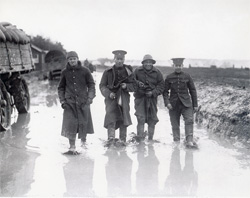 6 NOVEMBER 1914
1st Canadian Division settles into a routine training schedule on England’s Salisbury Plain. It will be a difficult winter for Canadian troops with record levels of rain and cold temperatures. 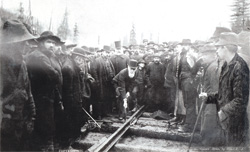 9 NOVEMBER 1944
The troops of 1st Canadian Army settle into a three-month period free of major operations in Northwest Europe. 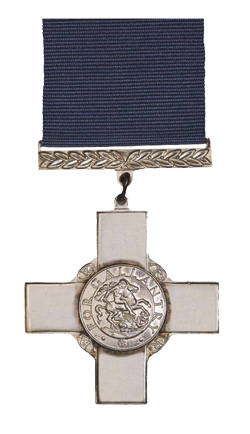 10 NOVEMBER 1941
The Royal Canadian Air Force is awarded its first George Cross when Leading Aircraftman K.M. Gravell is posthumously awarded the decoration for the attempted rescue of his pilot. 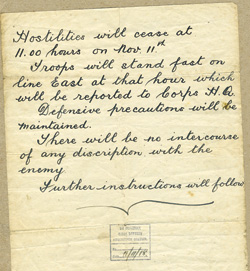 11 NOVEMBER 1918
After more than four years of fighting, the First World War is suddenly ended by an armistice at 11 a.m.

12 NOVEMBER 1944
Along with Royal Navy ships, His Majesty’s Canadian Ship Algonquin takes part in a surface operation against German vessels along the Norway coast. The Canadian ship scores a hit on an enemy minesweeper and assists in the sinking of another.

13 NOVEMBER 2006
In Afghanistan, a report from the Joint Co-ordination and Monitoring Board states that approximately 3,700 lives were lost in 2006 to militant violence. The report also points to the rising drug trade.

14 NOVEMBER 1940
Coventry, England, is devastated by a German air raid. 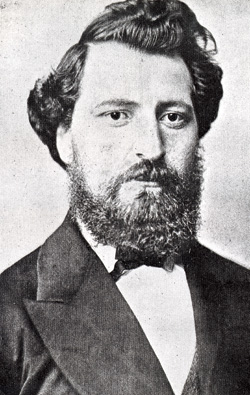 18 NOVEMBER 1916
After capturing Regina Trench on the Somme, 4th Canadian Division attacks Desire Trench. It is an impressive showing, but flanking forces are held up and bad weather also slows operations.

20 NOVEMBER 1943
Royal Canadian Navy corvettes Snowberry and Calgary and the Royal Navy frigate Nene sink U-536 in the North Atlantic. 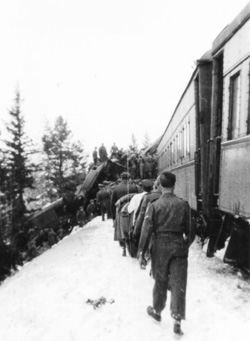 21 NOVEMBER 1950
A westbound train carrying soldiers en route to training and eventual embarkation for Korea collides with an eastbound train east of Canoe River, B.C. Twelve soldiers die at the scene, four more succumb aboard the relief train, and another dies several days later. All are members of the Royal Canadian Horse Artillery. 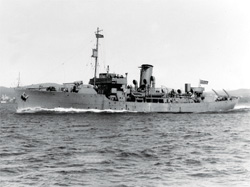 25 NOVEMBER 1944
His Majesty’s Canadian Ship Shawinigan is torpedoed and sunk with all hands in the Cabot Strait. 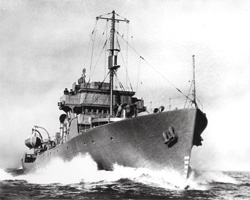 27 NOVEMBER 1940
The Canadian merchant ship Lisieux sinks during a gale in the North Atlantic. 12 die and 17 survive. 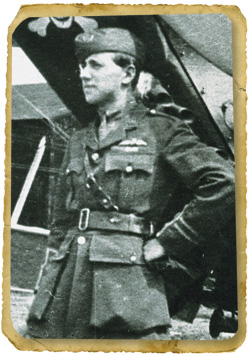 30 NOVEMBER 1918
After fighting dozens of enemy aircraft and downing three on Oct. 27, Major W.G. Barker of Dauphin, Man., is awarded the Victoria Cross.

For ‘ON THIS DATE’ December Events, come back to legionmagazine.com on December 1st, 2010