3 AUGUST 1978
The Queen opens the 11th Commonwealth Games in Edmonton.

4 AUGUST 1910
The former Royal Navy cruiser Rainbow is commissioned at Portsmouth, England, becoming the first ship of the Canadian navy.

4-5 AUGUST 1914
Britain sends ultimatum to Germany, demanding it withdraw its forces from neutral Belgium. The ultimatum, which expires at midnight Aug. 4, goes unanswered and Britain declares war on Germany. 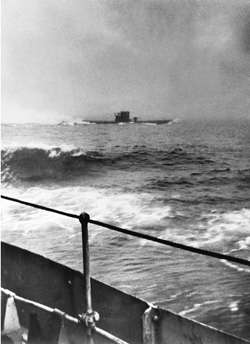 6 AUGUST 1942
His Majesty’s Canadian Ship Assiniboine is part of an escort group accompanying an eastbound convoy when she rams and sinks U-210 following a long chase. The U-boat sinks, but 38 Germans are rescued.

7-13 AUGUST 1944
In conjunction with the American breakout in late July, Anglo-Canadian forces drive south toward Falaise, France, in an attempt to encircle German forces which have launched an erratic counterattack against U.S. forces at Mortain. 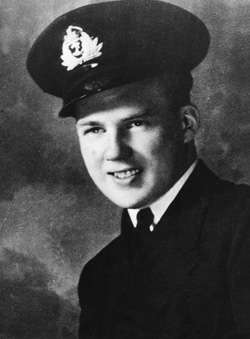 11 AUGUST 1917
A Victoria Cross is awarded to Captain W.A. Bishop following a June attack on a German aerodrome. 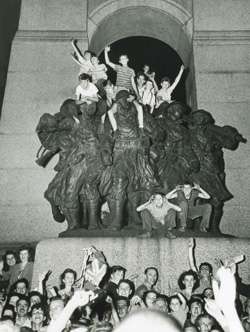 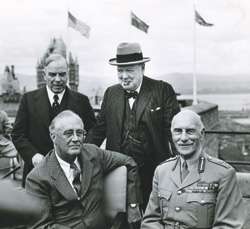 18 AUGUST 1950
His Majesty’s Canadian Ship Athabaskan (2nd) undertakes intense bombardment against an enemy garrison on the island of Tokchok-to. 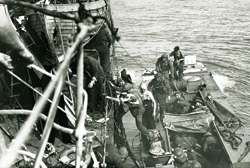 19 AUGUST 1942
Canadian forces are decimated during a raid at Dieppe, France. There are more than 3,360 casualties, including 907 killed. Nearly 2,000 are captured. The Royal Canadian Air Force loses 13 aircraft and 10 pilots.

21 AUGUST 1944
In Normandy, the Falaise Gap is closed and the German 7th Army is crushed. For the first time in weeks, the words “nothing to report” appear in a situation report prepared at First Canadian Army Headquarters. 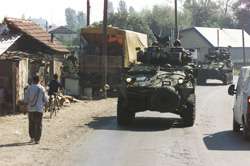 22 AUGUST 2001
Canada’s involvement in Operation Forage in Macedonia begins. Two hundred CF members work with 3,500 other NATO personnel to collect and destroy weapons used by militias during the war in the former Yugoslavia. 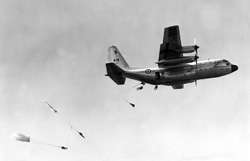 23 AUGUST 1954
First flight of the Hercules transport aircraft. The Royal Canadian Air Force would take delivery of its first Herc at Trenton, Ont., on Oct. 12, 1960.

27 AUGUST 1953
Sabre jets from 414, 422 and 444 squadrons of the RCAF begin departing Canada for Baden-Soellingen, West Germany. The deployment fulfills part of Canada’s responsibility to her North Atlantic Treaty Organization allies in Europe.

29 AUGUST 1911
King George V grants permission for the prefix “Royal” to be added to the title Canadian Navy.

For ‘ON THIS DATE’ September Events, come back to legionmagazine.com on September 1st, 2010