This Land Of Verse

Canada is a large, rough country. It took tough, determined men and women to explore it, map it and give it place names. But when it came to defining the country in the minds of its citizens, it took artists, painters, novelists and poets.

For Canada’s early English-language poets, they had the classics of literature to draw their skill from, but when they came to describing this land, it was new. No one had written about it before. Many doubted that anyone would ever write about it.

But as Confederation became a reality and the railway began to unite the scattered populations of the country, so poets began to write about Canada. Although they were very much under the influence of the established poets in Britain and the United States, many found it refreshing to choose subjects outside their own windows and along their own walkways. They began to relish their own parts of Canada just as William Wordsworth cherished England’s Lake District or Robbie Burns, the Scottish countryside.

As professor and literary critic, Malcolm Ross wrote in his introduction to the 1960 book, Poets of the Confederation, “Our poetry just after Confederation ceased to be merely regional and therefore could be unashamedly regional.” 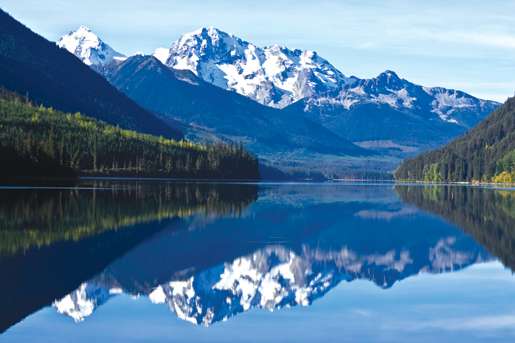 Ross was referring to a group of poets who came to be known as the Confederation Poets because they were born around 1860 and their work began to appear in the late 19th century.

First among that group was Sir Charles G.D. Roberts, sometimes known as the Father of Canadian Poetry partly because he was the elder of the group, but more so for his encouragement to the younger poets of his day.

Born in Douglas, N.B., about 50 miles north of Fredericton, Roberts grew up near the Tantramar Marshes where the landscape inspired many of his poems. The area, which lies by the Bay of Fundy and covers the isthmus which joins Nova Scotia to New Brunswick, was known in the past as the world’s largest hayfield, producing iodine-rich hay which was seen as healthy high-quality feed.

Roberts published his first collection of poems when he was 20 in 1880 and went on to have a prominent career as a writer, editor and lecturer. He became internationally famous as a writer of animal adventures and was knighted for his work in 1935.

Roberts often captures his homeland using traditional literary structures such as the sonnet, as he did in The Sower.

The Sower
A brown sad-coloured hillside, where the soil,
Fresh from the frequent harrow, deep and fine,
Lies bare; no break in the remote sky-line,
Save where a flock of pigeons streams aloft,
Startled from feed in some low-lying croft,
Or far-off spires with yellow of sunset shine;
And here the Sower, unwittingly divine,
Exerts the silent forethought of his toil…

Much of his poetry was written while he was a professor at King’s College in Windsor, N.S. In 1897, Roberts left the Maritimes and his wife and family for New York where he would be better paid for writing fiction. He wrote several historical novels, but is mostly remembered as a writer of animal stories based on his own knowledge of the wilderness around New Brunswick.

Among those who felt Roberts’ influence the most was a young post office employee living in Ottawa, Archibald Lampman. Though he was frail, having contracted rheumatic fever at the age of seven, Lampman spent much of his spare time hiking, walking and canoeing in the wilderness around Ottawa and western Quebec.

Lampman was educated at Trinity College, now part of the University of Toronto, where he and Roberts met. After failing as a teacher, Lampman moved to Ottawa where he found work as a postal clerk. He was influenced by the English romantic poets such as Wordsworth and John Keats, but the countryside he chose to write about was obviously the rugged hills and trails around Canada’s capital.

April In The Hills
The channels run, the bare earth steams,
And every hollow rings and gleams
With jetting falls and dashing streams;
The rivers burst and fill;
The fields are full of little lakes,
And when the romping wind awakes
The water ruffles blue and shakes,
And the pines roar on the hill….

I roam the glorious world with praise,
The hillsides and the woodland ways,
Till earth and I are one.

With a small legacy left to his wife, Lampman was able to privately publish his first book of poems, Among the Millet And other Poems, in 1888. He sent it to publishers in Canada, the United States and England who began to accept his new material in their periodicals.

Unfortunately, like Keats whom he admired, Lampman died young, in 1899 at the age of 37. Nonetheless, he is generally thought to be the finest lyric writer of his generation in Canada. 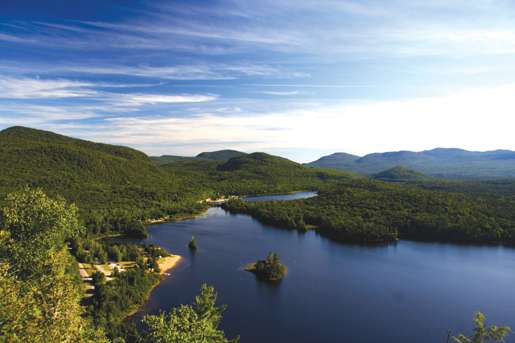 Far from the academic worlds that Roberts and Lampman were comfortable in was one of their contemporaries who found a very different form of success with her poetry.
E. Pauline Johnson was a poet as famous for her performances as she was for her verses.

While she lived her later years in British Columbia and her ashes were scattered in Vancouver’s Stanley Park, Johnson was born on the Six Nations Reserve near Brantford, Ont. Her father was a Mohawk leader who had married an English woman. She lacked formal education, but grew up on a combination of Victorian poets and the tales and legends told by her Mohawk grandfather.

In an era without movies or television, visiting lecturers and showmen were very capable of attracting large audiences eager to get out for an evening’s entertainment. Capitalizing on the native themes in her work, Johnson was billed as an authentic Indian voice for Canada, and between 1892 and 1910 she went on a number of reading tours in Canada, the United States and Britain. The poet adopted the Mohawk name Tekahionwake which means the double wampum and often performed dressed in fringed buckskin clothing, wearing a beaded headdress and moccasins.

While she wrote many heroic tales of the British Empire, her audiences preferred the material that sounded like the true voice of a Canadian aboriginal. While in England she published her first collection of poems, The White Wampum, in 1895. Probably her most famous is the long piece, The Song My Paddle Sings, which creates more of an idyllic view of Canada’s wilderness than the actual area she knew.

I stow the sail, unship the mast:
I wooed you long but my wooing’s past;
My paddle will lull you into rest.
O! drowsy wind of the drowsy west,
Sleep, sleep,
By your mountain steep,
Or down where the prairie grasses sweep!
Now fold in slumber your laggard wings,
For soft is the song my paddle sings….

When Johnson’s health forced her to retire from touring she moved to Vancouver where she started writing stories based on West Coast native legends which were published in the Daily Province. She died in 1913 at 52.

While Johnson made her early career as a storyteller poet, Canada produced no raconteur more famous than a young Scotsman who headed to the Yukon, not to look for gold, but to work in a bank. Robert W. Service was sent by the Bank of Commerce first to Whitehorse and then to Dawson City where he found the people and the stories that would make his poetry known around the world.

Best known for humorous tales of shootouts and the tough lives of prospectors in poems such as The Shooting of Dan McGrew and The Cremation of Sam McGee, Service really did fall in love with the harsh scenery of Yukon and the people who were attracted to it. Many of his poems, such as The Spell of the Yukon, capture the romance of the place and period.

There’s gold, and it’s haunting and haunting;
It’s luring me on as of old;
Yet it isn’t the gold that I’m wanting
So much as just finding the gold.
It’s the great, big, broad land ‘way up yonder,
It’s the forests where silence has lease;
It’s the beauty that thrills me with wonder,
It’s the stillness that fills me with peace.

Service is one of the few 20th century poets who became wealthy from his verse. He soon left the Yukon and moved to France. When the First World War started, Service was a war correspondent for newspapers back in Canada and served with an American medical unit. Service re-established his reputation, this time as one of our better war poets when he published Rhymes of a Red Cross Man.

With the exception of the years during the Second World War, Service lived the rest of his life in France. He remained a British subject all his life, but often said of Canada’s north, “It seems as if I had never lived anywhere else.” He died in 1958.

Another war poet, Frederick George Scott, became chaplain to the First Canadian Division during the war. Like Service, Scott had already established himself as a poet before the war and had even been informally named the Poet of the Laurentians.

Scott was born in Montreal in 1861 and began writing poetry as a young man, both of the natural world around him and of the spiritual world which would be his calling. He was ordained as an Anglican minister in 1886 and appointed rector at Drummondville, Que. Later he would be transferred to a parish near Quebec City, where he continued to write about the mountains making up the Canadian Shield around Quebec, full of rivers and small lakes.

The Unnamed Lake
It sleeps among the thousand hills
Where no man ever trod,
And only nature’s music fills
The silences of God.

Great mountains tower above its shore,
Green rushes fringe its brim,
And o’er its breast for evermore
The wanton breezes skim.

Through tangled brush and dewy brake,
Returning whence we came,
We passed in silence, and the lake
We left without a name.

Scott, like John McCrae, was a great believer in the British Empire. When war was declared in 1914, he volunteered for service two days later. Once appointed a chaplain he travelled to England, but was told he would not be sent to the front. In defiance he boarded a transport ship for France and joined the 15th Battalion of the First Division. He would be present at the Battle of Vimy Ridge and returned home after the Armistice, decorated with the Distinguished Service Order.  He died in 1944 at the age of 82.

Canadians are said to read more poetry per capita than any country on earth. However, it is a claim that would be difficult to prove. Maybe we just like to think that, now that we see almost all regions of the country have found the poets who helped define the area, both in real terms and in the imagination.

But for these early writers, who had only read the poets of Europe and the United States, it was a daring thing to write about their own lives and surroundings. Who knew that Canada would be a subject of interest to Canadians?