Karen Bailey is passionate about drawing attention to the uncelebrated workers in countless jobs across this land. When she was chosen in 2007 as part of the Canadian Forces Artists Program (CFAP) she carried her vision into the hospital at Kandahar Airfield, Afghanistan.

Six years earlier, in June 2001, Chief of Defence Staff General Maurice Baril announced the creation of the CFAP. Since then, selected artists have been embedded with the troops in a wide variety of activities at home and abroad and they have recorded their experiences in artworks.

Typically, war artists depict the grim aspects of war—the haunted landscapes, the machinery and the soldiers at the front. Not Bailey. Her vision is of hope and healing and she chooses to portray the individuals who work behind the scenes. For example, she dedicated one past series to hairstylists at work and another to restaurant servers, and she carried that vision to Afghanistan. The artist spent a week in Kandahar primarily sketching and gathering images from the Role 3 Hospital at Kandahar Airfield. There, nurses, doctors and medical technicians tended to the injured, most of them victims of Improvised Explosive Devices (IEDs). 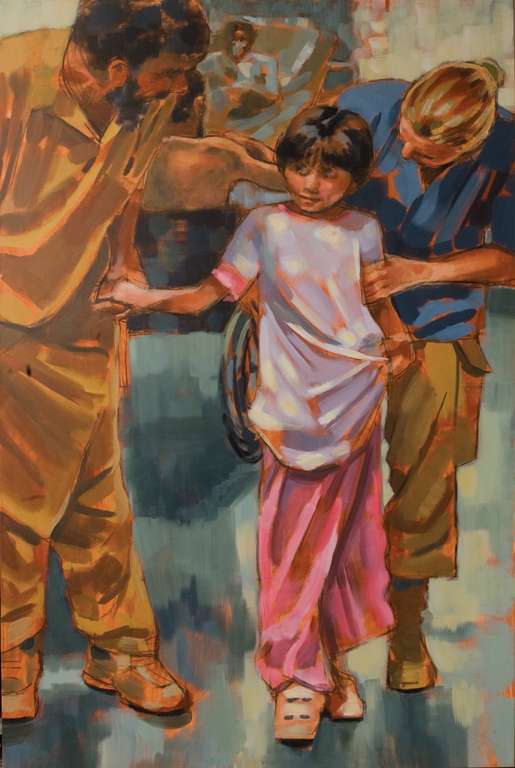 “I know people think it is like MASH, but it is not really,” the artist explained. “When nurses are cleaning the tracheotomy of a patient, that is not a glamorous thing to do. The kind of caring that I am interested in is the same whether it is the church tea ladies I am painting or those in Kandahar, in that they are both serving. They toil quietly behind the scenes. They don’t blow their own trumpet. They just see there is a job that has to be done. Those are the people you don’t often see in paintings.”

In the two years following her return from Afghanistan, Bailey completed 20 canvases recording the work of Canadian military medical personnel. Her style and composition are consistent with her vision. Instead of the desolate greys and browns normally associated with war, she paints with happier tones. In this collection of work, titled Triage, her palette included colours like mint, peach, blue, yellow and khaki, creating a kaleidoscope of colour. Many of her subjects appear golden and her acrylic canvases are unexpectedly dappled and sunny. 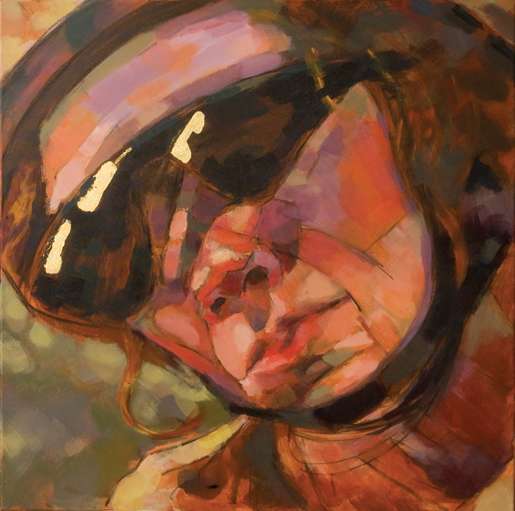 In 1981, the Ottawa native graduated from the Reigate School of Art, Design and Media at Surrey, England. From there, she never looked back. Along with her CFAP work, her career has included courtroom drawings for television, book illustrations, heraldic art and calligraphy, and she has exhibited her private work in Britain, Ireland, the United States and Canada. 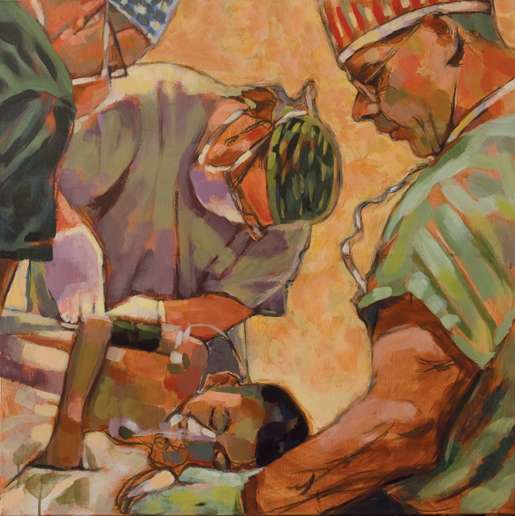 The painting, titled Self Portrait on Hercules, will be part of the Canadian War Museum’s travelling exhibition, A Brush with War: Military Art from Korea to Afghanistan, which will be exhibited across the country until 2012. 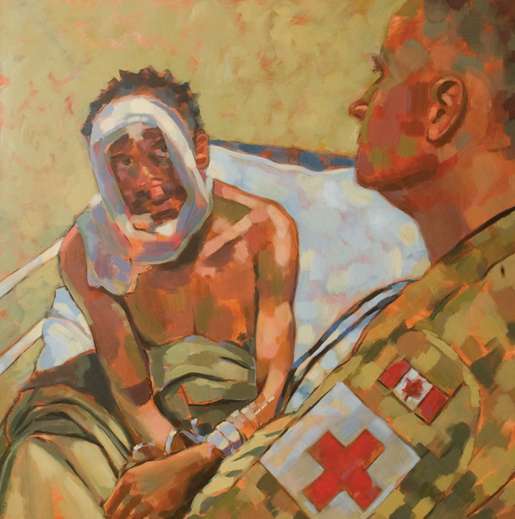 Canada’s collection of war art is enriched as new artists contribute works that emphasize their unique vision. Those perspectives, as an inclusive collection, help to expand the historical record of today’s military for future generations.