Home » Our Veterans » Memoirs » Land Of Hope And Glory

Land Of Hope And Glory 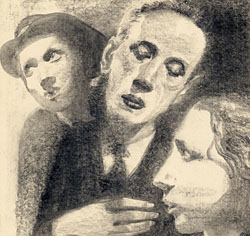 When they piped Rig of the Day on that fateful morning in 1945, they ordered us to don our Burberries, not our greatcoats. It was springtime in Nova Scotia, and we had wakened to a fine day.

In HMCS Protector, the naval base at Point Edward near Sydney on Cape Breton Island, May 7th began like every other for the Women’s Royal Canadian Naval Service (WRCNS), also known as Wrens. I joined at 18 in HMCS Tecumseh in Calgary and had completed my basic training in HMCS Conestoga at Galt (now part of Cambridge, Ont.), before being posted to Protector as a general duties writer.

I was one of 500 Wrens in Protector and those of us on day shifts were awake, as usual, at six a.m. to tumble from the narrow bunks in our six-member cubicles and make for the head–a long, narrow room lined with wash basins on one wall, toilets and showers on the other. There we would vie for a sink or shower to perform a quick ablution. Amid the giggles and chatter, it was out with bobby pins from curls formed around a finger the night before, and a quick brush to style the coif that must be “off the collar.” All the while we strained our ears to catch the trill of the bosun’s pipe.

The voice of the regulator commanded our attention with explicit instructions about what we must put on our backs that morning. From underwear to galoshes, it was spelled out each day in detail: black lisle stockings, white shirt with collar, black tie–neatly knotted, navy blue serge skirt, matching double-breasted jacket, polished black oxfords, round rig hat, black leather purse slung across the chest, black leather gloves and Burberry. We emerged en masse from our blocks (dorms) to proceed to the mess hall for breakfast, identically clad in proper uniform.

After a breakfast of powdered eggs scrambled into an isomorphic slab, flaccid, steam-warmed toast and tasteless, lukewarm coffee, we assembled outside to march off to our various duties. Mine were in the records office in the administration building where I kept up to date the service certificates of every rating on the base.

Such was our morning routine, and on this morning everything was as usual, except for one small detail. Someone had placed a radio on the ledge above the mess hall’s double-door entrance. The air had been rife with rumours that the war was about to end in Europe, and presumably the radio was put there to keep us up to date.

We arrived at the administration building that morning, digesting with our breakfast the latest talk about the war coming to an end. We comforted ourselves with the thought that soon there would be no more casualties. After a morning at our desks with a break for canteen, lunchtime rolled around and we made our way back to the mess hall for our main meal of the day. The staple was stuffed veal or mutton with mashed potatoes, carrots and diced beets. Some kind of milk pudding would comprise dessert, accompanied by a watery cup of tea.

As we began to eat, the innocuous music and ads coming from the radio vied with the buzz of our voices. With one ear to the shelf above the door, we talked inanely, never mentioning the portentous possibility of the war ending and with it our life together as Wrens and the work we happily performed for what was referred to as “the war effort.”

Overall, there were approximately 6,700 in the WRCNS, compared to the more than 22,000 in the Canadian Women’s Army Corps and the 17,000-plus in the Royal Canadian Air Force Women’s Division. Nevertheless, we shared an esprit de corps that was– and is–unique and strong.

Canada had established its naval service for women in July 1942 with the help of the British Admiralty. As the story goes, Naval Headquarters in Ottawa–feeling the pinch for manpower as the navy expanded to meet the war’s challenge–signalled Admiralty: “Please send us a Mother Wren.” Two British Wren officers arrived and recruited 67 women who received basic training in makeshift Ottawa quarters. Twenty-two of them became officers, and recruiting began in earnest. “Release a man for sea duty,” they exhorted women across Canada.

Thus was born the Canadian Wrens, nicknamed after their British counterparts. “Standing in for a man,” as it was put, we served in every non-combatant position. Some were signallers working in wind and rain with lights and Morse code to challenge ships entering Canadian harbours. Others were coders, translating Morse in German and Japanese. Some were plotters, secreted far below ground, pinpointing on mammoth maps the ever-changing positions of ships and U-boats.

Many of the postings were isolated and vulnerable. On one occasion, 50 young, inexperienced Wrens were warned of a possible U-boat attack and given a Bren gun, several Sten guns and some dynamite. “First, destroy all the equipment,” they were ordered.

More than 1,000 Wrens went overseas, many of them to Northern Ireland and Scotland. The rest of us served in a variety of jobs, as cooks, drivers, photographers, sickbay attendants, supply clerks and accountants among others. By war’s end, there were 39 job categories for women.

We had freed men to go to sea and we laboured conscientiously in the jobs we had assumed. We bought Victory Bonds with money saved from our meagre pay which was about $1 a day. We had endured the blackouts and observed the admonition: “Loose lips sink ships.” We had forged friendships more intense than any we had previously known, for the war had faced us with our own mortality. We had seen ships leave the harbour never to return.

In November 1944, His Majesty’s Canadian Ship Shawinigan had gone down with all hands in the Cabot Strait outside Sydney Harbour, victim of a close-marauding U-boat. Nights before her sinking we had danced with her crew. We dreaded the impending separations and aborted friendships, but we also wanted an end to the mounting casualties.

And so it was with mixed feelings and distracted chatter that we gobbled our veal and pudding, half tuned in to the bland background music and blather on the radio.

Suddenly we became aware that the music had stopped. No sound issued from the radio, just some intermittent static. Our chatter stopped as well. We looked at each other expectantly, shifted our eyes to the ledge above the mess hall door. The silence seemed endless.

And then a loud voice erupted from the radio. “We interrupt this program to bring you a special news bulletin.”

We sat still and silent, staring with wide eyes up at the radio. I felt I dare not breathe for fear I might miss the announcement.

At last it came.

The voice informed us that senior representatives of Hitler’s defeated forces had surrendered. The war in Europe was over.

We sat mute. Lumps formed in every throat. I turned to the Wren beside me. She sat in disbelief, staring at the table. A hush hung over the mess hall. And then, one Wren stood with tears in her eyes and began quietly to sing Land of Hope and Glory. Soon, a second Wren stood to join her. Then another and another until the whole mess hall–full of Wrens with tears streaming down their faces–stood together singing of hope and glory.

It was a scene so stirring it is etched indelibly in my memory. At the sound of that song my heart will forever skip a beat. We were as one, we Wrens in that mess hall–in a moment of pure transcendence.

Later, the mundane world impinged and we celebrated–officers and ratings–together. Wild with joy, we formed a line that travelled through all the buildings in Protector, hooting and hollering and holding fast to one other along the way. Confined to base, we commandeered the fire engines and careened around, sirens blaring. It was a night of madcap revelry I will never forget.

But memorable as it was, all the antics and excitement of that incredible day can never compete with the one poignant moment when that mess hall full of Wrens–faces wet with tears and hearts swelling with the relief and joy–stood together to sing Land of Hope and Glory.

In the six years of war–between 1939 and 1945–Canada had enlisted more than one million men and women in her armed forces. Of these, more than 45,000 gave their lives. It was early in the morning on May 7, 1945, when Germany signed the terms of an unconditional surrender at Reims, France. It came into force May 8, which for the past 61 years has been celebrated as VE-Day, the date of the formal end of the war in Europe.

PrevPrevious ArticleWith The Greatest Gratitude
Next ArticlePlanning For The Day AfterNext